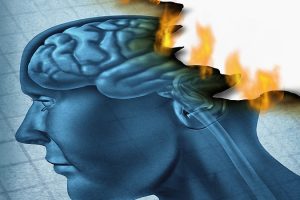 Early results from a small trial of an investigative drug suggests it is safe and may improve executive function in patients with mild cognitive impairment (MCI) and mild dementia associated with Alzheimer’s disease (AD).

Patients performed better in cognitive testing after just 2 weeks, especially in areas of executive functioning. Clinicians involved in the study also reported improvements in patients’ ability to complete daily activities, especially in complex tasks such as using a computer, carrying out household chores, and managing their medications.

“It’s pretty incredible to see improvement over the course of a week to a week and a half,” study investigator Aaron Koenig, MD, vice president of Early Clinical Development at Sage Therapeutics, Inc in Cambridge, Mass., told Medscape Medical News. “Not only are we seeing objective improvement, we’re also seeing a subjective benefit.”

The drug, SAGE-718, is also under study for MCI in patients with Huntington’s disease, the drug’s primary indication, and Parkinson’s disease.

The findings will be presented at the American Academy of Neurology (AAN) 2022 Annual Meeting on Tuesday.

SAGE-718 is in a new class of drugs called positive allosteric modulator of N-methyl-D-aspartate (NMDA) receptors, which are thought to improve neuroplasticity.

For the phase 2b open-label LUMINARY trial, researchers enrolled 26 patients aged 50-80 years with Alzheimer’s disease who had mild cognitive impairment. Patients completed a battery of cognitive tests at the study outset, again at the end of treatment, and again after 28 days.

Participants received SAGE-718 daily for 2 weeks and were followed for another 2 weeks.

The study’s primary outcome was safety. Seven patients (26.9%) reported mild or moderate treatment-emergent adverse events and there were no serious AEs or deaths.

“We know that in Alzheimer’s and other neurodegenerative conditions there is a change in cognition, the ability to think, the ability to do things,” Koenig said. “What we’ve seen with SAGE-718 to date, all the way back to our phase 1 studies, is a cognitively beneficial effect, but more specifically an improvement in executive functioning.”

Commenting on the findings for Medscape Medical News, Percy Griffin, PhD, MSc, director of scientific engagement for the Alzheimer’s Association, said that because of the small study size, short follow-up, and limited data available in the conference abstract, “we cannot speculate about the efficacy of this investigational therapy,” Griffin said.

“Bigger picture, the real-world clinical meaningfulness of research results that are generated in highly controlled circumstances is an important question that is being discussed right now throughout the Alzheimer’s field,” he added.

However, Koenig countered that the small study design was intentional. “Over the course of a year, we can get to the answer in different patient populations rather than running these rather large and arduous trials that may pan out to not be positive,” he said.

Sage Therapeutics plans to launch a phase 2b placebo-controlled trial later this year to study SAGE-718 in more Alzheimer’s patients over a longer period of time.

The study was funded by SAGE Therapeutics. Koenig is an employee of SAGE and reports no other conflicts. Griffin has disclosed no relevant financial relationships.