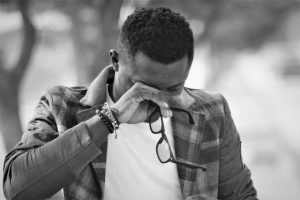 With the Johnny Depp-Amber Heard trial underway in Fairfax, VA, an expert on male victims of domestic violence seeks to address misconceptions about male victims of abuse and the role that false accusations can play in intimate partner violence (IPV). Denise Hines, associate professor of Social Work at George Mason University, located just down the street from the trial, is one of the world’s leading experts on intimate partner violence and false allegations of abuse in under-recognized survivor groups.

Though Hines is not directly involved in the case nor does she have direct insight into either party’s allegations or their culpability, Hines sees this as an important opportunity to discuss misconceptions about males as victims of abuse and false allegations of IPV.

How common are false allegations of domestic violence?

Why would people falsely accuse their partner of domestic violence?

False accusations are a form of domestic violence, another tool in an abuser’s “toolbox.” They are a way for abusers to further manipulate, control, and maintain power over their partners.

Our studies show that women are significantly more likely to use false accusations of domestic violence against their male partners than the other way around. It is likely that a female perpetrator is able to engage in these behaviors because of existing widespread misconceptions in both the public and legal sector that domestic violence is exclusively something that men do to women.

Why is it important to address stereotypes about female-perpetrated domestic violence and false accusations?

There are many accounts in the scholarly literature from men who spent much money, time, and other resources to prove their innocence in a court of law because of restraining orders being filed against them under false accusations of abuse; men who said the police assumed the men were at fault; and men whose wives used domestic violence service agencies to further manipulate the men (e.g., by telling the services they were the victims and then using that against him in further legal battles). Employees of relevant non‐governmental (e.g., domestic violence agencies) and governmental (e.g., family courts) agencies often hold stereotypes that men are always the perpetrators of domestic violence and that women are always the victims, making it difficult for men to seek services.

How do false accusations impact the victim?

Our studies suggest that false accusations can have severe consequences for the victim’s physical and mental health, potentially leading to depression, post-traumatic stress symptoms, and poor physical health.

They can have other severe consequences as well, such as the victim being arrested for domestic violence, losing custody of their children, losing their job and reputation, and losing time and money as they fight these legal battles for years on end.

(This information is from three separate studies about male victims and criminal justice response, legal and administrative aggression, and the health of male victims.)

Is it possible that both people in a relationship are abusing each other?

This bi-directional violence can take a few forms. One member of the couple can be the one most responsible for the abuse, but the other partner is also abusive sometimes; both parties can be equally abusive to each other; or one person may just be fighting back or defending themselves. It’s difficult to know in any given situation what is going on because each party may feel abused and victimized, and each party may not recognize or may try to justify their own abusive behavior.

How common is domestic violence victimization?

The most recent domestic violence prevalence data from the U.S. comes from the 2015 National Intimate Partner and Sexual Violence Survey (NISVS), a national study of 5,758 women and 4,323 men that provides information on victimization from sexual violence, partner physical violence, stalking, and psychological aggression. According to the NISVS:

When considering the percent of IPV victims by sex, NISVS reports that a substantial portion are men:

What are the key differences in what female vs male victims of domestic violence experience?