Family Suing Hospital After NYC Mom, 27, Died from Routine Procedure: ‘They Killed Her’ 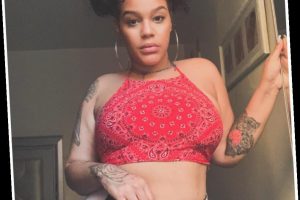 A New York City family is searching for answers after 27-year-old Rosemary Abreu suddenly died during a routine procedure at a Bronx hospital.

Abreu, a mom of two, had gone in for surgery at Lincoln Hospital on Sept. 20 to drain a cyst in her thigh, expecting to be home soon after. But, according to the lawsuit filed by her family, she went into cardiac arrest on the operating table, had a stroke and then died the next day.

Restituyo said that before the surgery her daughter said she was “coming back right away.” She claims that she was not made aware that Abreu had died until she came to the hospital to check on her daughter.

The family announced Friday that they are filing a $50 million lawsuit against Lincoln Hospital and the NYC Heath + Hospitals health system.

“We believe the cause of death was either the improper administration of anesthesia or the improper monitoring, but this should not be happening in our city hospitals!” their attorney, Sanford Rubenstein, said.

Autopsy results are still pending. PEOPLE has contacted the hospital for comment, but the hospital told WABC that they “will vigorously investigate the matter and review our practices.”

Abreu worked for the NYC Department of Education, and leaves behind her two daughters, ages 9 and 2.

“It’s very hard for me to explain to my granddaughters that their mother is not coming back,” Restituyo said. “I don’t imagine my life after that day, but I have to [live] for my granddaughters.”

END_OF_DOCUMENT_TOKEN_TO_BE_REPLACED

END_OF_DOCUMENT_TOKEN_TO_BE_REPLACED
We and our partners use cookies on this site to improve our service, perform analytics, personalize advertising, measure advertising performance, and remember website preferences.Ok