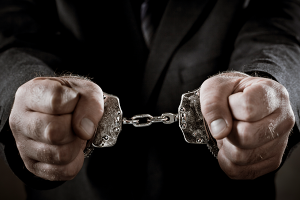 Hundreds of thousands patients were lured into worldwide criminal healthcare fraud schemes involving telemedicine and durable medical equipment DME executives, according to the FBI and Department of Justice DOJ.

The illegal kickback scheme allegedly involved companies that received money in exchange for referral of Medicare beneficiaries by medical professionals for back, shoulder, wrist and knee braces that are medically unnecessary.

The 24 defendants, among them CEOs associated with five telemedicine companies, the owners of dozens of DME companies and three licensed medical professionals, allegedly participated in health care fraud schemes involving more than $1.2 billion in losses.

The criminal scheme, which crossed borders, involving call centers in the Philippines and throughout Latin America, comprised an international telemarketing network that tricked hundreds of thousands of elderly and disabled patients.

According to allegations in court documents, some of the defendants obtained patients for the scheme by using an international call center that “up-sold” the beneficiaries to get them to accept numerous “free or low-cost” DME braces, regardless of medical necessity.

The proceeds were allegedly laundered through international shell corporations and used to purchase exotic automobiles, yachts and luxury real estate in the United States and abroad.

Investigated by the FBI and the U.S. Department of Health and Human Services Office of the Inspector General and prosecuted by the DOJ, the defendants are charged with running a complex, multilayered scheme to defraud the Medicare system and avoid detection by government regulators.

“Healthcare fraud causes billions of dollars in losses, it deprives real patients of the critical health care services they need, and it can endanger the lives of real patients so individuals like those arrested today can profit from their criminal activity,” FBI assistant director Robert Johnson said in a statement.

The conspiracy described in the indictment details broad corruption, massive amounts of greed, and systemic flaws in the nation’s healthcare system that were exploited by the defendants in multiple states, including South Carolina, Florida and Mississippi.

“This Department of Justice will not tolerate medical professionals and executives who look to line their pockets by cheating our health care programs,” Assistant Attorney General Benczkowski said in a statement.

WHAT ELSE TO KNOW

The Centers for Medicare Services, Center for Program Integrity (CMS/CPI) also announced that it took adverse administrative action against 130 DME companies that had submitted over $1.7 billion in claims and were paid over $900 million.

“The defendants took advantage of unwitting patients who were simply trying to get relief from their health concerns,” U.S. Attorney Craig Carpenito said in a statement. “Instead, the defendants preyed upon their weakened state and pushed millions of dollars’ worth of unnecessary medical devices, which Medicare paid for, and then set up an elaborate system for laundering their ill-gotten proceeds.”

Since its inception in March 2007, the Medicare Fraud Strike Force, which maintains 14 strike forces operating in 23 districts, has charged nearly 4,000 defendants who have collectively billed the Medicare program for more than $14 billion.

Nathan Eddy is a healthcare and technology freelancer based in Berlin.

Healthcare IT News is a HIMSS Media publication.