Home » Health News » Feeling older than your years?The culprit could be a lack of magnesium

Feeling older than your years?The culprit could be a lack of magnesium

Feeling older than your years? ‘Winter burnout’ leaving you exhausted? For many of us, the real culprit could be a lack of magnesium

At first, Annie Evans thought it was a depressing sign of getting older. Just getting washed and dressed in the morning was leaving her too worn out to do much else.

‘It was more than just tiredness,’ says Annie. ‘I was exhausted all the time. But at 74, I was just putting it down to old age.’

By the time winter arrived, Annie was left with ‘no energy at all’.

So when her husband heard that a magnesium supplement could help, she knew she had to give it a try. Annie found the difference remarkable. ‘After just two weeks, I was like a new woman,’ she says. 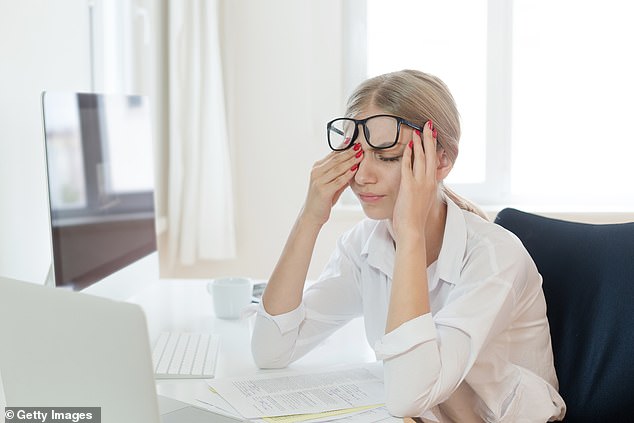 Like Annie, more and more British people are discovering a link between a lack of magnesium in their diet and a lack of energy that can get worse with age.

That’s because magnesium is an essential mineral that contributes to our normal psychological and muscle functions. Low levels of it in our bodies can lead to tiredness that affects both our muscles and mood.

It helps our muscles and nervous system function correctly, keeps our bones and teeth strong and is important for brain functions like concentration and memory.

But the latest National Diet & Nutrition Survey has shown that only half of us in the UK are getting our recommended daily intake of magnesium, and it gets harder as we get older. 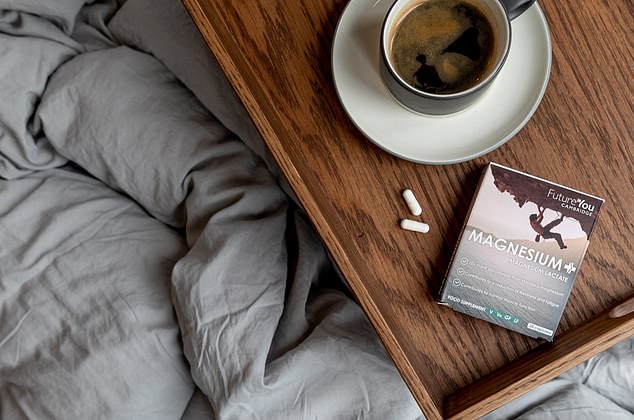 Magnesium+ is formulated with magnesium lactate, a highly soluble organic form that’s much easier for the body to absorb than magnesium oxide

Magnesium is naturally present in foods like kale and spinach, black beans, nuts, bananas and whole grains. Our bodies have to absorb magnesium to take advantage of its benefits. The ease with which a mineral is absorbed by the body is called ‘bioavailability’. But magnesium isn’t always so ‘bioavailable’.

‘Some magnesium salts may contain a high concentration of magnesium but it’s not easily released into the body because it’s not so soluble,’ explains Miriam Ferrer PhD, head of product development at FutureYou Cambridge, a leading nutritional supplement company.

To address this, the FutureYou Cambridge scientists set out to develop a supplement specially designed to maximise the body’s magnesium uptake, called Magnesium+. 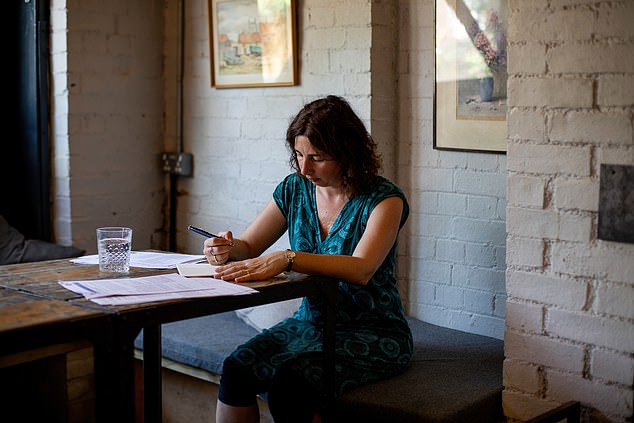 Like Annie, people who have given Magnesium+ a try have reported very positive experiences.

After a few months on the supplement, Annie found she was able to maintain her energy levels.

‘I can enjoy gardening again without getting very tired,’ she says. ‘Since then, I have taken Magnesium+ religiously every day.’ 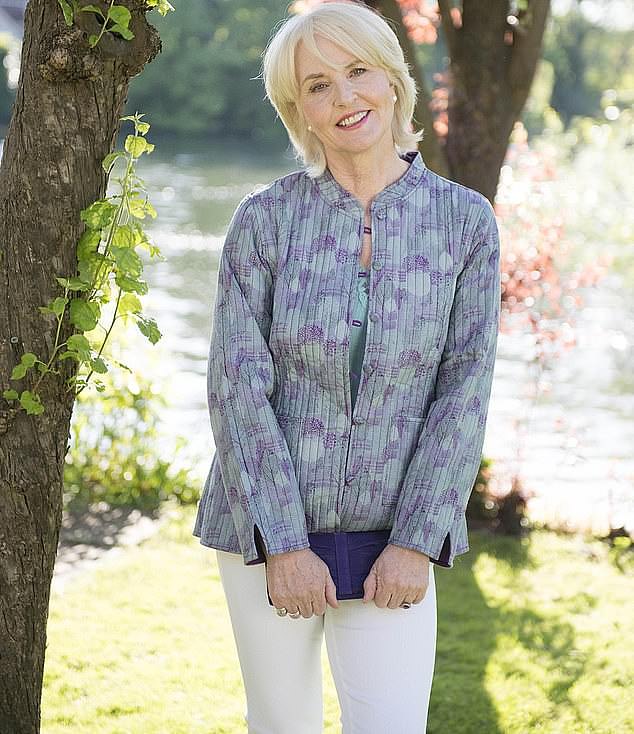 Online magazine editor Annabel Simons, 60, was told she was lacking magnesium, but was at first skeptical about the effects she would feel by taking Magnesium+

At first, 60-year-old Annabel Simons was skeptical about just how much of a difference Magnesium+ could make to her life.

Annabel writes the award-winning blog Annabel & Grace for older women and enjoys an active lifestyle of everything from burlesque shows to ballroom dancing. But physical problems started holding her back.

Annabel made some lifestyle changes but they had few positive effects. She was told by her doctor she should take magnesium.

“Initially, I thought I could be imagining the improvements, but I genuinely believe that Magnesium+ has helped maintain my normal energy levels,” she says.

‘This combination meant my general wellbeing was much better. Suddenly exercise seemed easier and with more exercise, that cycle of improvement only got better.’

‘Magnesium+ allows us to absorb greater amounts of this important mineral into the body while actually consuming less,’ explains Ferrer. ‘Not only is it more than twice as absorbable as magnesium oxide, but you take less per capsule, making it less likely to cause side effects.’ 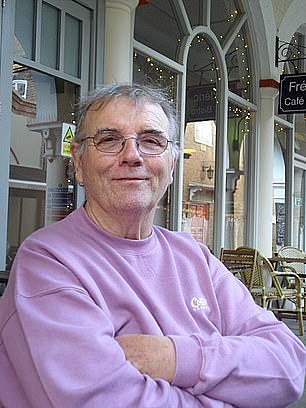 Roger Dean, who has relished the opportunity to get back in the garden since starting Magnesium+

Like Annabel, 71-year-old Roger Dean could have been forgiven for giving another magnesium supplement a miss.

Roger began getting physical complaints after a kidney transplant in 2017 and gave Magnesium+ a try. “Now I’m out gardening and doing a lot more than I used to,” he says. “Life just seems more manageable.”

However, Roger noticed the most dramatic difference when he accidentally stopped taking the one-a-day capsules, sold in packs of 28 from £10.40 on subscription.

‘When I forgot to take Magnesium+ on holiday with me last year, the problems came back almost straight away,’ he says. 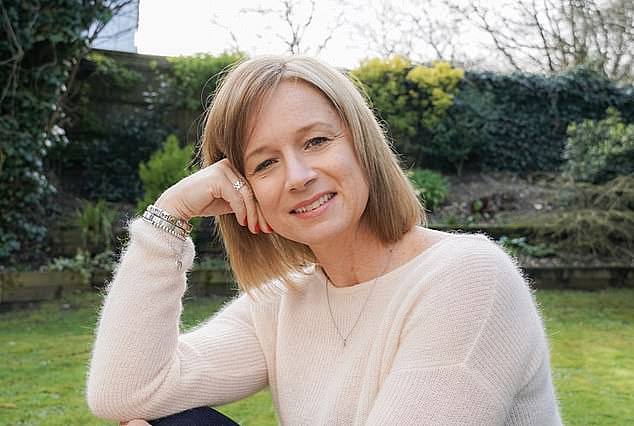 Michelle Green, 52, a busy mum-of-two who also runs a blog for over fifties, Fifty & Fab, takes one tablet every night before she goes to bed.

Experiencing menopause, Michelle has found the difference Magnesium+ makes is not so much physical. Instead it’s normal psychological function, meaning her mood and mental well-being.

‘That has a knock-on effect for everyday life. I think it’s something we should all be taking.’

Ad Feature: Get £5 off your pack of Magnesium+ 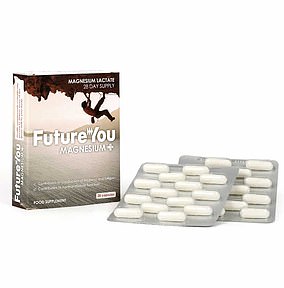 FutureYou Cambridge is offering £5 off for new customers who would like to try Magnesium+. You will pay just £8, a 38% saving off the standard retail price.

To claim your £5 off promotional discount, please visit https://futureyouhealth.com/dmag5c and your discount will be applied automatically.

You can also claim your discount by entering the code DMAG5C at checkout, or call us on 0800 808 5740 (freephone) quoting the code DMAG5C. Our Customer Care team are available from 9.00am to 5.00pm, seven days a week.

Discount valid until 23.59 GMT 31st December 2019. One use per customer. Discount cannot be combined with any other offers or used against existing subscriptions.

END_OF_DOCUMENT_TOKEN_TO_BE_REPLACED

END_OF_DOCUMENT_TOKEN_TO_BE_REPLACED
We and our partners use cookies on this site to improve our service, perform analytics, personalize advertising, measure advertising performance, and remember website preferences.Ok