Finnish children’s motor skills at the top in Europe 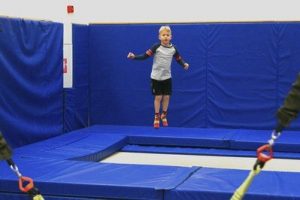 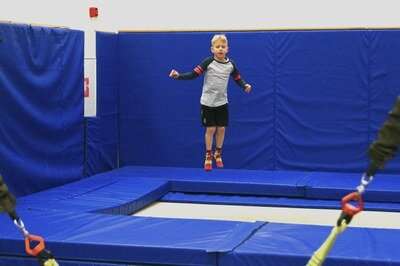 The gross motor skills of around 3,300 children were evaluated between 2008 and 2016 by using the internationally well-known KTK test. The test measures body coordination and balance, which are known to be fundamental for any kind of human movement.

“Motor skills are assumed to develop with age but especially in Portuguese children the results suggest weak development between the age of 6 and 10 years,” says post-doctoral researcher Arto Laukkanen at the Faculty of Sport and Health Sciences. “Belgian children came close to the Finnish children, although the difference was significant for the Finnish children’s advantage in this comparison, too.”

According to the researchers, it is alarming that around 40 percent of Portuguese children’s motor skills were found to be weak or very weak. In comparison, the corresponding figure was around 10 percent in Finnish and Belgian children.

“Internationally, it has been found that a remarkable proportion of today’s children are not developing in motor skills at the rate of the past decades,” says Laukkanen. “In the USA, as much as 80 percent of children score below the norms determined in the 1980s. There are no longitudinal studies performed in Finland but the results suggest that Finnish children are learning motor skills at a rate which is close to the old days.”

“The results suggest that differences in motor skills across the countries come about through many other factors than just overweight,” says Laukkanen.

Boys were found to outperform girls in motor skills in all the countries compared. Gender differences were remarkably smaller though in Finnish and Belgian children compared to their Portuguese peers.

The vast majority of the cross-cultural differences in children’s motor skills could not be explained. Researchers from the three different nations have proposed some potential factors behind the motor skill differences in addition to overweight and gender differences.

“It may feel surprising that based on the previous studies Portuguese children are known to participate more in organized sports when compared to Finnish and Belgian children,” says Laukkanen. “On the other hand, Finnish children are known to be at the top internationally in independent mobility, a fact which is linked to a higher rate of active play. A sports culture based on organized sports participation may not thus necessarily guarantee the necessary equality, quantity and quality of physical activity in children.”

END_OF_DOCUMENT_TOKEN_TO_BE_REPLACED

END_OF_DOCUMENT_TOKEN_TO_BE_REPLACED
We and our partners use cookies on this site to improve our service, perform analytics, personalize advertising, measure advertising performance, and remember website preferences.Ok