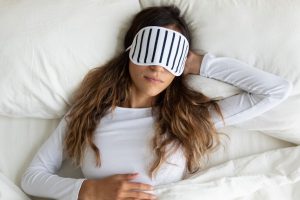 We’re all living increasingly busy lives. Whether it's the long hours at the office or the rush hour traffic jams at the end of a hectic day, it can often feel impossible just to fit a quick nap into our schedule.

The high levels of stress associated with our modern lifestyle can also be seen correlating with increases in stress-related illnesses for which doctors usually recommend plenty of rest.

But by getting into the habit of laying down for a siesta in the middle of the day, even if it’s just for 10 minutes, we could potentially add years to our lives and see other health benefits as well.

Here are five ways your general health could improve by taking a short midday nap everyday.

READ MORE: Sleep apnoea symptoms: Disorder where you stop breathing in your sleep

Taking a midday nap has been found to be useful in lowering systolic blood pressure, which in turn reduces the likelihood of one suffering a heart attack, stroke or heart failure.

The Journal of Applied Physiology found that people who took a midday siesta were 37 percent less likely to die from cardiovascular events, while astudyconducted in Greece revealed systolic blood pressure dropped an average of 3mm Hg for each hour of sleep.

When you’re struggling to concentrate and find yourself dozing off, instead of trying to wake yourself up, you should actually allow your body to switch off.

Taking a nap will actually allow you to recharge your batteries and get back onto the job sharper and more alert, as onestudyconducted in China demonstrated that afternoon napping was associated with better overall cognitive function.

People who take naps are more likely to do well on tests that require strong memorisation skills, researchers from Saarland University in Germany have found.

Anotherstudyconcluded that people who napped for an hour before taking a memory test did better than those who spent hours before the test trying to cram information into their brain.

One study conducted in 2015 suggests that people who napped more were more resilient to negative emotions like frustration.

Health information websiteWebMDstates that napping, or even just resting for an hour without falling asleep, can “brighten your outlook” and that “relaxation that comes from lying down and resting is a “mood booster.”

According to WebMD, a 30-minute nap between 1pm and 3pm combined with moderate exercise helps improve night-time sleep, especially in older adults.

But make sure you don’t nap too close to your bedtime, as this can take away from your night-time sleep.