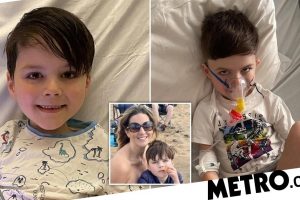 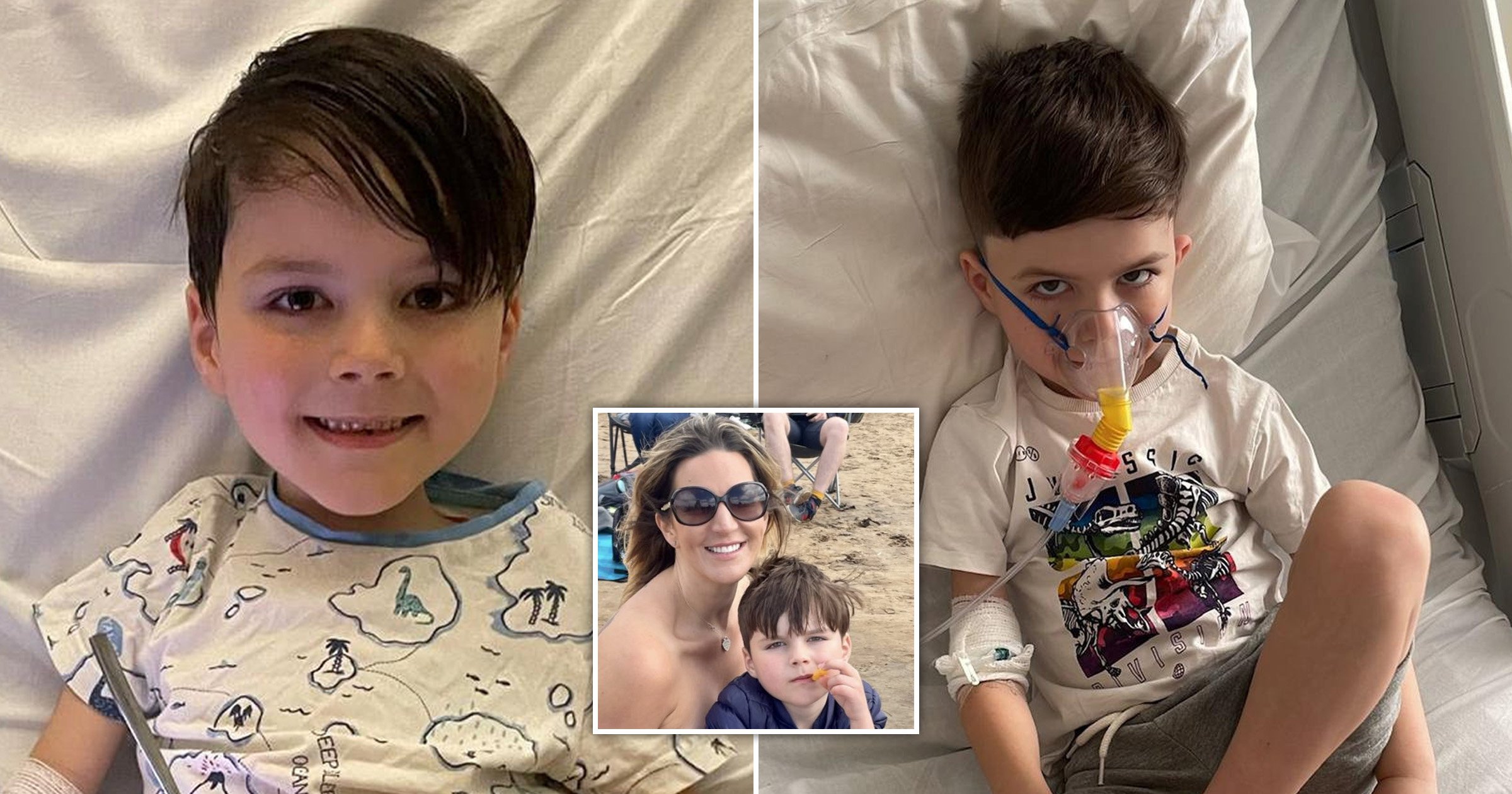 This means playing outside could be incredibly dangerous for the youngster.

His mum 34-year-old, Rebecca, was recently warned by doctors that exposure to bacteria or fungi could be fatal for Albie.

Albie was diagnosed with Chronic Granulomatous Disease (CGD) last month and – because he’s unable to kill off infections – he now is in need of a life-saving bone marrow transplant.

Albie first became ill in November last year after he began struggling to breathe at home.

Rebecca, a teaching assistant, rushed him to hospital – where he gradually improved and was discharged a few weeks later.

But when Albie returned home, he quickly had trouble eating and walking again, becoming breathless easily. So Rebecca took him back to the hospital.

At first, the mum was told her son’s struggles were simply anxiety related and nothing more – but, unsatisfied with this diagnosis, Rebecca sought the opinion of another doctor.

After being examined a third time, doctors realised Albie was suffering from pneumonia on his left lung and referred Blackpool Victoria Hospital, where he was put on antibiotics.

But there Albie showed little improvement, so he was referred to Manchester Children’s Hospital, where he underwent lung physio and was put on a ventilator to assist his breathing.

They also conducted a lung biopsy and eventually diagnosed him with CGD.

While his parents say Albie can go outside ‘a little,’ they have to vigilantly avoid ‘crowds, water, grass, wood chips, loose soil and building work’.

Albie’s parents carry masks around with them at all times when they do go on rare days out, in case he’s out or playing in the garden and he needs to suddenly protect himself.

‘If he’s out in the garden and people start mowing, we bring him inside and close the windows,’ Rebecca explains.

‘Everything’s a danger to Albie now. Every day we live in fear of him breathing in something or coming into contact with bacteria which could quite literally kill him.

‘The medicine he is on makes his skin super sensitive to the sun so he always needs factor 50 and a hat on if we do venture out.’

Usually, people with CGD can go outside, but the severity of Albie’s illness means his parents are taking a lot of precautions.

‘The diagnosis shocked us to our core,’ Rebecca says.

‘Up until last November he was a happy healthy boy with bundles of energy – everything was fine. When he started struggling to breathe I immediately knew something was wrong but we were assured it wasn’t anything to be worried about.’

Rebecca had expected Albie to get better with antibiotics, but CGD prevents his healing.

Albie’s only chance of survival is to undergo a bone marrow transplant. If this is successful, this will rid him of CGD and enable his white blood cells to work properly.

But the transplant comes at a huge risk. Doctors have told Rebecca that Albie will have a 70% chance of survival and he will have to isolate for a year afterwards – meaning she will be his full-time carer, leaving her unable to work.

‘He will also be on immunosuppressants too, so he can’t go into school or around big crowds for around a year after,’ Rebecca says.

Albie’s family are also concerned about their financial situation. The five-year-old’s condition means Rebecca hasn’t been able to work since April. And, while Albie’s father, Alan, is working 60 hour weeks, his income barley covers their bills.

‘The hospital visits are also £40 for fuel and £15 for parking,’ Rebecca says.

Before the transplant, Rebecca and Alan want to take Albie and his eight-year-old sister, Jessica, on holiday in case it’s his last chance to go.

‘We want to take Albie away before the transplant to spend some time together in case the worst was to happen,’ Rebecca adds.

However, holidays are an added expense.

‘That combined with me not working, and the days off Alan has so he can come with us, is making us worried we will lose everything,’ Rebecca says.

‘I can’t believe in less than a year things have got to this, but they have, and we need to find ways of dealing it.’

Rebecca has set up a Go Fund Me to help with the cost of tutors for Albie after the transplant.

‘He’s the sweetest boy and the best son a mum and dad could ask for – it’s so difficult to see him like this,’ she adds.

‘The care at Manchester has been amazing and we’re grateful for them diagnosing him and offering him treatment so quickly. We’re holding out for a bone marrow transplant in the next few months which will hopefully cure him for good.

‘But until then we just need to focus on doing whatever it takes to keep him safe.’

Albie’s Go Fund Me Page can be found here