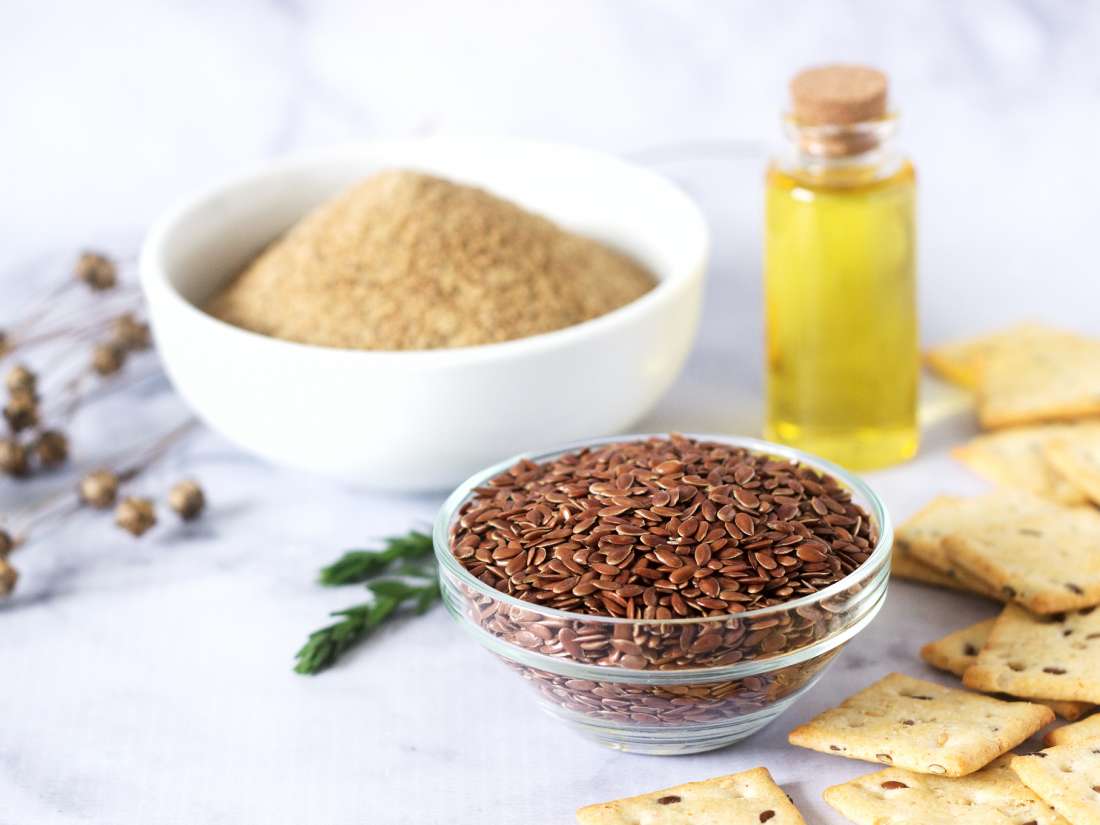 Flaxseeds are rich in many nutrients — including fiber, protein, minerals, and vitamins.

Scientists have shown that adding these seeds to the diet can help manage cholesterol and fight inflammation.

In a new study in mice, a team at the University of Copenhagen in Denmark and the University of Gothenburg in Sweden found that flaxseed fibers ferment in the gut and influence the gastrointestinal microbiota.

This process, they say, has a positive impact on metabolic health. It also seems to protect against obesity in the context of a high-fat diet.

The researchers details these findings in a study paper — the first author of which is Tulika Arora — that now appears in the American Journal of Physiology: Endocrinology and Metabolism.

The new study paper is also a February feature for APSselect. The American Physiological Society publish both of these journals.

Exploring the effects of flaxseed fiber

“Gut microbiota is an environmental factor that regulates adiposity and glucose tolerance in mice and humans,” the researchers explain in the introduction to their study paper.

Flaxseed, which is rich in fiber, begins a breakdown (fermentation) process once it reaches the gut. Generally speaking, the breakdown of dietary fiber can produce healthful changes in the gut microbiome, which, in turn, are beneficial for metabolic health.

However, there is little research looking at how flaxseed fiber, specifically, affects health following its fermentation in the gut. The new study’s aim was to fill in this gap.

To do so, the scientists worked with mice, which they split into four experimental groups. They fed the mice in each group four different types of diet:

Then, to explore what metabolic changes were taking place in the rodents consuming the various diets, the scientists looked at how much oxygen the animals used, how much carbon dioxide they produced, how much food they ate, and how much water they drank, as well as how much energy they expended.

Toward the end of the study period, they also measured the rodents’ glucose (blood sugar) levels.

After feeding each group of mice their assigned diets for 12 weeks, the scientists also took samples from the mice’s ceca — that is, the segment at the beginning of the large intestine — to see how their bacterial contents and other biological products had been affected.

Compared with rodents from other experimental groups, those that had consumed the high-fat diet had lower levels of gut bacteria associated with better metabolic health, fewer “good” fatty acids, and high levels of a bacterium associated with obesity.

In the case of the mice eating either the cellulose or the flaxseed diet, bacterial diversity in the gut had reached a more healthy balance by the end of the 12-week period.

Also, the rodents in the flaxseed diet group were more physically active at the end of the study period, and they displayed less weight gain compared with other mice.

In looking at the content of these mice’s ceca, the scientists found that the gut bacteria helps break up the fibers present in the shell of flaxseed. As a result, these bacteria also end up producing higher levels of healthful fatty acids.

In their paper, the researchers write:

“Future research,” they say, “should be directed to understand relative contribution of the different microbes and delineate underlying mechanisms for how flaxseed fibers affect host metabolism.”

Study co-author Fredrik Bäckhed has disclosed an additional stake in this research as the founder of MetaboGen AB, a private company with an interest in the workings of the gut microbiome and the aim to develop new probiotic products.