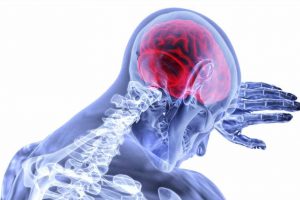 Researchers at the University of Calgary say the flu vaccine lowers the risk of stroke among adults even if they are not at high risk for stroke. Investigators evaluated the health records of over four million Albertans over a nine-year period. The results indicate vaccination against influenza should be strongly recommended for everyone, just like it is for those with heart disease.

“We found that the risk of stroke was significantly reduced in the six months following an influenza vaccination.,” says Dr. Jessalyn Holodinsky, Ph.D., postdoctoral scholar at the CSM and first author on the study. “The findings suggest broad influenza vaccination may be a viable public health strategy to prevent stroke.”

The study is published in The Lancet Public Health. The researchers say two strengths of this study are that the study used data from an entire population over a period of 10 flu seasons, and the study occurred in a province with one single universal health-care system.

Hill says the generalized benefit of influenza vaccination for stroke prevention is a new finding that he hopes will lead to more research about the indirect protective factors of the flu and other vaccines.

“We know that upper respiratory infections often precede heart attacks and strokes. Preventing or reducing the severity of influenza provides a protective factor particularly for stroke,” says Hill. “The protective association was very strong. We saw it benefitted both men and women and that there was a clear reduction in risk of stroke with increasing age for those who had a flu shot.”

The study adds to the body of research conducted by the Calgary Stroke Program, a collaboration between the University of Calgary (Hotchkiss Brain Institute, Department of Clinical Neurosciences) and Alberta Health Services at the Foothills Medical Centre.