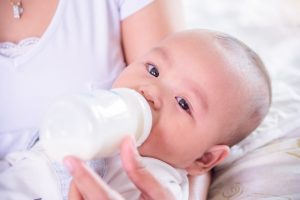 Babies born with very low birth weight (VLBW), which is defined as less than 1.5 kg at birth, have altered gut microbiota as compared to healthy term babies. This is a risk factor for neonatal growth and slowing/arrest of growth in the hospital.

To correct this, nutrition in hospitals could be designed with appropriate microbial constituents. A new Cell Host & Microbe journal study discusses how fortified human milk changes the gut microbiome in these babies. 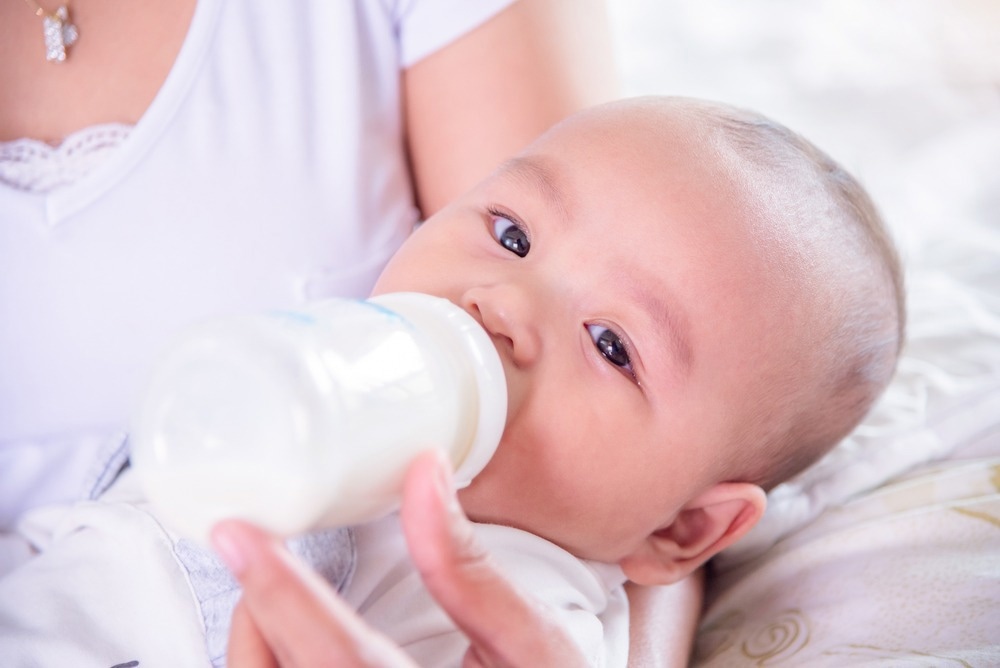 Breastmilk is the best source of nutrients for all infants, including VLBW. When the mother is unable to fulfill the baby’s milk requirements, donor milk from another lactating mother is used after pasteurization.

There is little evidence to show how these fortifying milk products affect the infant gut microbiome, despite the fact that BMBFs are extensively used in neonatal intensive care units (NICUs). The current study reports the outcome of using either of these two milk fortifiers in infants born weighing less than 1.25 kg during their hospital stay.

The researchers examined the stool samples of 119 infants to assess the composition of their gut flora. Over 500 of these samples were obtained at a median of five per infant. This yielded about 700 operational taxonomic units (OTUs), belonging to about 130 genera and 9 phyla.

The microbiome contained mainly Enterobacteriaceae, Clostridium sensu stricto, Veillonella, Staphylococcus, Haemophilus, and Enterococcus species, all of which were present in more than 50% of infants. Bacteroides and Streptococcus were also prominent, while almost 20% of samples were positive for Bifidobacterium. Every infant exhibited a different microbial composition that reflected an individual profile.

The type of fortifier used did not change the number of OTUs in the samples; however, HMBF reduced the diversity of microbial species as compared to BMBF. The type of fortifier had an effect on beta-diversity, with Proteobacteria and Firmicutes being relatively more and less abundant in the HMBF-fed infants, respectively.

At two to four weeks of age, infants receiving HMBF exhibited a rapid decline in the proportion of Enterococcus. Similarly, these infants did not show significant changes in bacterial density over the study period, while it rose linearly in those receiving BMBF. HMBF-fed infants exhibited a similar but opposing trend for Veillonella over time.

As expected from the taxon abundance profiles, genes used by each of these OTUs were upregulated, specifically those related to glutathione metabolism and fatty acid metabolism. Moreover, the scientists consider it possible to predict the type of fortifier from the microbiome profile, specifically Enterococcus, Enterobacteriaceae, Clostridium sensu stricto, and Staphylococcus.

While a large proportion of the infant’s daily intake consisted of mother’s milk, larger volumes of this type of milk were associated with higher alpha-diversity in the infant gut. This higher diversity could be because preterm milk consists of numerous microbial species that may colonize the infant gut.

Infants on BMBF and HMBF had higher Veillonella abundance with increased mother’s milk volume. However, only HMBF-fed infants exhibited a greater abundance of Streptococcus.

With PHDM, the volume-OTU relationship was negative in the BMDF group only but positive for bacterial density. This group also exhibited less abundance of unclassified Enterobacteriaceae and Streptococcus, but higher Clostridium sensu stricto with greater PHDM volumes.

The volume of BMBF over three days was linked to the abundance of Firmicutes and C. sensu stricto, but only the latter with HMBF, which was inversely related to Staphylococcus.

The study findings indicate a differential alteration in the gut microbiome in VLBW infants with the use of either fortifier. Overall, those receiving HMDF had a less diverse microbiome, both within and between samples, with Proteobacteria and unclassified Enterobacteriaceae being more abundant. Conversely, Firmicutes and C. sensu stricto were less abundant.

Thus, altered functional capabilities were observed in both groups; however, this effect depended on the type of fortifier used. This could be due to the reduced volume of mother’s milk, as well as the pooling of milk from many donors to reduce inter-batch variability. The reduced volatiles in HMBF-fortified PHDM may also contribute to this phenomenon.

Reduced diversity has previously been associated with poor growth in VLBW infants in hospitals and a greater risk of childhood metabolic, neurologic, and developmental aberrations. This is the opposite of what happens in term infants, where greater diversity is linked to human milk intake and a lower risk of adverse health outcomes later in life.

In VLBW infants, Enterobacteriaceae is predominate, whereas Bifidobacterium is the dominant strain in term infants.

Similarly, the volume of mother’s milk, PHDM, or fortifier was associated with the way in which the infant gut microbiome developed. These results corroborate earlier smaller studies that primarily focused on BMBF, with Clostridia becoming more abundant with time.

These findings are intriguing since higher microbial diversity and Clostridium abundance have been associated with improved intestinal barrier function in preterm infants born less than 32 weeks.”

The observed relationship between the volume of each fortifier and C. sensu stricto has also been reported by earlier studies.

Another previous study did not report these differences and instead reported a higher proportion of a certain type of Proteobacteria in the HMBF group. This could be due to the higher concentration of fat with this fortifier, which provides 5.7 g/kg/day, while BMBF provides only 4.3 g/kg/day.

Perhaps pasteurized milk, which is deficient in lipase, may drive fat absorption defects while promoting lipid oxidation and the generation of reactive oxygen species. This has been reported to cause an increase in Enterobacteriaceae concentrations, which would be further enhanced with a rise in glutathione metabolism genes and fatty acid pathways.

The current study is the only randomized controlled trial to demonstrate how different fortifiers affect the microbiome of VLBW infants. While changes in microbiome diversity could affect future health outcomes, further work using metabolomics and transcriptomics is needed to better understand the underlying mechanisms by which either type alters the fortifier effect on bacterial genes in a dose-dependent manner.

Collectively, this work highlights the importance of understanding how early-life nutrition shapes the microbial development of VLBW infants, which may be leveraged to better support acute- and long-term health.”