Four-hour A&E waiting limit ‘will be scrapped THIS YEAR’ 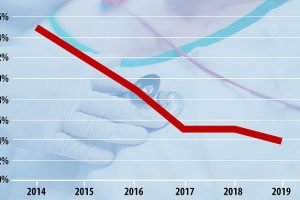 The NHS plans to scrap its target of seeing nine out of 10 A&E patients within four hours later this year.

Currently, the four-hour measure is used to assess how well hospitals are performing.

But waiting times are at their worst level since the benchmark was introduced 15 years ago, and the NHS as a whole hasn’t hit the target since July 2015.

Experts fear getting rid of the target could make it easier for hospitals bosses to hide failures and have ‘near-catastrophic’ effects on patient safety.

The announcement comes after figures yesterday revealed A&E performance has gotten worse in more than half of English hospitals since 2017.

NHS England’s desire to rubbish the aim of seeing 95 per cent of emergency patients within four hours was revealed by The Times.

If removed, it could be replaced by a focus on treating more seriously ill patients faster and potentially making people with more minor ailments wait longer.

There are concerns the current system may lead health workers to prioritise patients who have been waiting longest over those who are most unwell.

But medical experts have in the past warned taking the benchmark away could have a ‘near-catastrophic’ effect on the health service.

In January the president of the Royal College of Emergency Medicine, Dr Taj Hassan, said: ‘Scrapping the four-hour target will have a near-catastrophic impact on patient safety in many emergency departments that are already struggling to deliver safe patient care in a wider system that is failing badly.’

He said a decision to follow through with removing the target would be ‘poorly thought out’ and implied it would be replaced with another goal the NHS couldn’t hit.

Dr Hassan added: ‘Let’s be very clear. This is far from being in the best interest of patients and will only serve to bury problems in a health service that will be severely tested by yet another optimistic reconfiguration.’

Targets which focus on patients who need to be admitted to hospital will be trialled in spring then brought into use in October, according to The Times.

It is hoped a different system will lead to fewer people with minor injuries going to A&E.

The NHS is urging the Government to kick private companies out of the health service and repeal laws allowing privatisation.

Bosses have drawn up plans to get rid of parts of the Health and Social Care Act 2012 which allow for-profit companies to take on NHS contracts.

Private companies have taken on around £10.5billion of NHS work since it became allowed by law in 2013, The Guardian reports.

But tendering contracts to competing firms is ‘wasteful’ of NHS time and money, health service executives fear, and they suggest business should instead be dealt with in-house.

‘The reforms have been a damaging and wasteful experiment,’ said Paul Evans, director of the NHS Support Federation.

‘The market-based experiment has led to the collapse of multiple contracts, to patients getting substandard care or the denial of it altogether, and to the huge waste of public resources.’

And changing the target will mean hospitals’ performance data won’t be comparable with figures currently used, so it will be more difficult to track over time.

Figures analysed and published by the Health Service Journal yesterday revealed a majority of hospitals now have slower A&E departments than they did in 2017.

Out of 132 NHS trusts, 72 saw the proportion of patients they treat within four hours drop over the two years.

Croydon Health Services was the worst performing and, based on figures for January, now sees 29.1 per cent fewer emergency patients within the time limit.

Neither the Department of Health and Social Care nor the NHS England have officially confirmed the policy change.

Professor Stephen Powis, NHS medical director, said: ‘The clinically-led review of standards was announced by the Prime Minister in June 2018, and since then I have been working with the Academy of Medical Royal Colleges, Healthwatch England and many others on what matters most to patients, on the clinical issues with the current target regime, and what NHS staff believe will help them provide the best quality care for patients.

‘Any recommended changes will be carefully field tested across the NHS before they are implemented.’

A Department of Health and Social Care spokesperson said: ‘As part of the ongoing Clinical Standards Review, the NHS is reviewing performance standards to ensure patients with the most serious illness and injury receive the best possible care in the shortest possible timeframe.

‘The NHS is working closely with clinical experts and patient groups nationally and will set out proposals in due course.’ 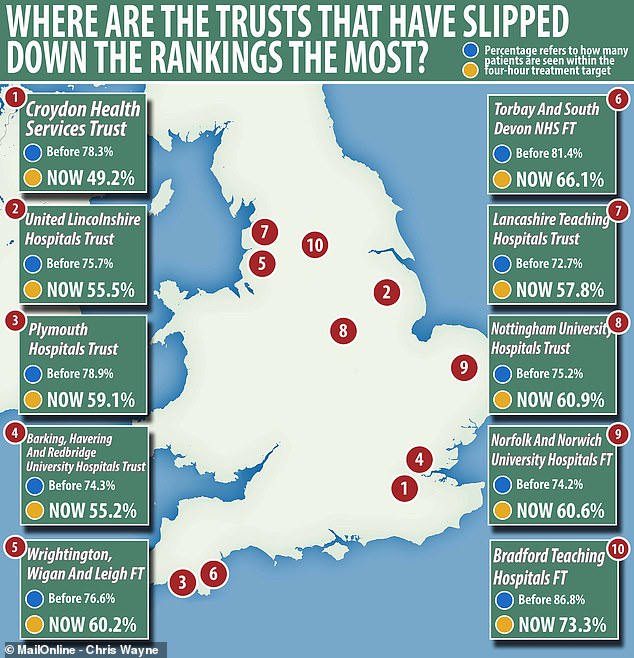