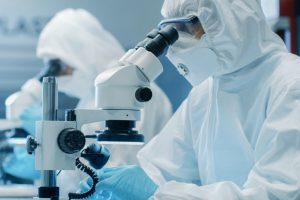 Numerous gene therapies have received FDA approval and as more viral vector-based vaccines and gene therapies move into commercialization, the demand for large-scale, efficient viral vector manufacturing is increasing. For manufacturers, it is imperative to boost viral vector production to meet supply demands for vaccine and gene therapy manufacture. BalanCD HEK293 Viral Feed is optimized to deliver high titers and improve viral packaging efficiency by up to 67% compared to basal control without viral-specific feed for increased production efficiency. It is chemically defined and formulated to deliver consistent performance while increasing viral vector production in HEK293 cells grown in suspension and at scale.

BalanCD HEK293 Viral Feed is GMP manufactured using raw materials sourced using a strict raw material and supply chain program to ensure continuity of supply and lot-to-lot reliability for HEK293-specific applications. It is available in a 500 mL liquid format (catalog) and made-to-order powder format (or other configuration), and may be used with a wide range of basal growth media.