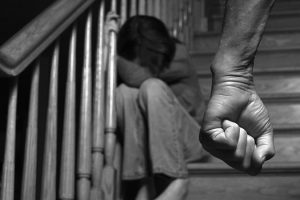 Gender-based violence should be considered a risk factor for developing cardiovascular diseases such as broken heart syndrome, according to Eunice Tavarez, MD, an internist cardiologist from the Dominican Republic. She affirms that long-term patient follow-up should also be carried out because the heart problems can reoccur.

During the ACC Latin America 2022 Together With CardioAcademic conference, Tavarez presented the case of a 47-year-old patient with a history of preeclampsia in two pregnancies, hypertension, and diabetes. This patient was sexually abused on her way to work and hours later she developed the clinical condition of Takotsubo syndrome.

“The case occurred in November 2021. The patient, who, it’s relevant to mention, was not in menopause, arrived at the emergency room after going through the full legal process of filing a criminal complaint, the forensic doctor’s assessment, and having a checkup with a gynecologist. However, due to persistent chest pain, she was referred to internal medicine, and it was discovered there that she had all the symptoms of coronary syndrome, despite not having many risk factors,” Tavarez explained.

The cardiology specialist indicated that the relevant imaging studies revealed the Takotsubo silhouette, so clinicians decided to give her in-hospital follow-up almost 9 months after the event. The patient’s heart is in perfect condition, but semiannual checkups will be maintained.

After presenting the case, Tavarez told Medscape Spanish edition that it must be recognized that gender-based violence can have an important effect from a cardiovascular standpoint and be a trigger for this type of syndrome, regardless of whether it is reversible.

“It’s time to take into account what the patient says when she arrives at the emergency room. We cannot continue to underestimate these cases. We must ask if there was any type of violence. We are overlooking this simply because we think that when a woman fights with her husband, boyfriend, partner, these are things that happen and that’s it. But it’s not like that. That’s why we are presenting the case. We need to do everything possible to identify cardiovascular problems and their association with gender-based violence,” said the researcher.

Panelist Clara Saldarriaga, MD, a cardiology specialist, agreed that gender-based violence cannot be underestimated as a cardiovascular risk factor. Nor can we underestimate the need to provide long-term follow-up to patients with broken heart syndrome, she said.

“Neither in Latin America nor in any part of the world can we downplay gender violence. It doesn’t matter if 3 months later the heart has completely recovered. It’s a risk factor that must be brought to the fore. It should be noted right now that patients can have a second episode. It’s not as benign a disease as we think. There are studies that indicate that. In a 5-year follow-up, the risk of dying is equal to that of a person who had a heart attack,” she highlighted.

Saldarriaga, who is originally from Medellín, Colombia, recalled that broken heart syndrome was described for the first time 30 years ago. It affects women more during menopause. The symptoms are very similar to those of a heart attack: chest pain and difficulty breathing, for example. But once the arteries are found to be healthy, a diagnosis of Takotsubo can be considered.

Lastly, Tavarez reiterated that the main reason for presenting the case was to spread the message — not only in Latin America, but everywhere — that gender-based violence not only has psychological and physical impacts, but can also damage organs as important as the heart.

“We need more studies and research to analyze, break down, and verify this association between violence suffered by women and the development of cardiovascular diseases, so we can have more tools to act in time, provide appropriate care, and give the best treatment,” Tavarez concluded.

This article was translated from the Medscape Spanish edition.