Home » Health News » Genevieve Gorder On Living With Lyme Disease and Hashimoto's: 'If I Didn't Rest I Would Break'

Genevieve Gorder On Living With Lyme Disease and Hashimoto's: 'If I Didn't Rest I Would Break' 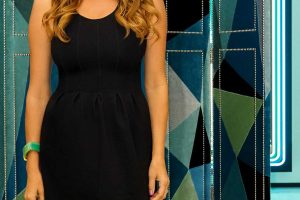 Genevieve Gorder has learned to live with not one, but two autoimmune diseases.

The former Design Star judge, 44, got candid about her struggles with both Lyme disease and Hashimoto’s disease on the Made Visible podcast, and revealed she’s come a long way since her initial diagnoses.

Gorder said she was first diagnosed with Lyme disease nine years ago, and recalled being baffled by a disease that left her feeling out of sync with her body.

“I was dying inside, and I had no idea what was going on,” she told the podcast. “They call Lyme the great masquerader, and it shows up in a variety of different ways that can present themselves as a variety of diseases… They go through the deck of scary words, and you are petrified.”

Symptoms at first included a constantly burning throat, one watering eye, and a tongue that felt burnt, though soon Gorder says she felt her nerves being to “spark.”

The HGTV star underwent multiple tests for the tick-borne disease before she was handed a positive result, something she said brought great relief.

That is, until eight years later, when she was diagnosed with Hashimoto’s.

“I lost weight. I was looking great. I felt so good … I’m my skinniest and toughest and most athletic of all time, what is this? Then boom, here’s another autoimmune,” she recalled. “It’s terribly emotional and really scary because there aren’t enough definitive answers as to what do I do next, how do I handle this, how do I get better?”

For guidance, she looked to former Real Housewives of Beverly Hills star Yolanda Hadid, who published a memoir, Believe Me, on her battle with Lyme disease, and whose daughter Gigi Hadid has Hashimoto’s.

“Where was she going to get all of her information? The people with all the money, where do they go?” Gorder remembered thinking. “Then, instead of going to Switzerland, [I read] the book about that particular center and [saw] how the were handling the same diseases and [took] what I needed.”

Despite the problem-solving attitude, the Trading Spaces alum says her diagnoses were emotionally painful, and that while she tends “to live in the light and refuse to step into a cave,” she tends to shut down amid pain.

The star’s Lyme disease has been dormant for the last eight years, though she’s switched up her diet to include no gluten and less sugar in order to “protect” her body.

“When I exercise, I feel the best,” she said. “I have to always be a little bit more stringent on that than most people because of my buddies that are partying inside of me.”

She especially enjoys trampoline classes, yoga classes and tennis, which she says has had an “incredible impact” on her mood and spirit.

At the end of the day, though, Gorder says the most important lesson she took with her from her medical woes was the importance of a good break.

“I think what I learned by having two autoimmune [diseases]… was it’s okay to rest,” she said. “And I am full fire. I love to go really fast. I burn through everything, and I have fun going fast and doing as many things as I can. However, to endure that kind of speed, and this may come with being in my 40s now too, you have to balance it with rest. As a mother [to daughter Bebelle], I knew that if I didn’t rest, I would break.”

Lyme disease is a potentially debilitating infection caused by bacteria called Borrelia burgdorferi, and is transmitted through the bite of an infected tick.

Hashimoto’s, meanwhile, is a condition in which the immune system attacks the thyroid, causing symptoms of fatigue, sluggishness, depression and memory lapses, according to the Mayo Clinic.

END_OF_DOCUMENT_TOKEN_TO_BE_REPLACED

END_OF_DOCUMENT_TOKEN_TO_BE_REPLACED
We and our partners use cookies on this site to improve our service, perform analytics, personalize advertising, measure advertising performance, and remember website preferences.Ok