Home » Health News » Genital TB is a major cause of infertility in women; all you need to know about it

Genital TB is a major cause of infertility in women; all you need to know about it 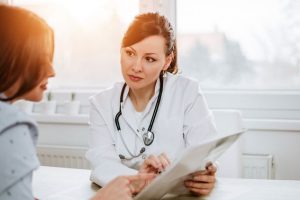 TB, usually considered restricted to a person’s pulmonary system, if left undiagnosed, can spread to other body parts, including the brain, kidney, and the pelvic area like uterus and fallopian tube.

Thirty-two-year-old Babita Gupta (name changed) was unable to conceive even after trying for the last three years since her marriage. After all kinds of conservative and medical management, including hormonal therapy, failed, she was referred to a fertility clinic in Delhi for further treatment with a diagnosis of secondary amenorrhoea (when a woman stops getting her periods for six months or longer) and infertility.

On detailed examination, Gupta, who hails from Bihar, revealed an important history of pulmonary tuberculosis (TB) before marriage, though being treated with anti-TB treatment (ATT). Based on her prolonged history, a diagnostic laparoscopic was performed and her fallopian tubes were found to be severely damaged with adhesions to surrounding tissues. A tissue biopsy further confirmed granulomas and presence of acid-bacilli. She is now undergoing further evaluation and management, while also being counselled for possible need of assisted reproductive techniques in future, in view of her present findings and advanced age.

TB, usually considered to be restricted to a person’s pulmonary system, if left undiagnosed, can spread to other body parts including the brain, kidney, and the pelvic area like uterus and fallopian tube.

The infection, says Dr Sagarika Aggarwal, gynaecologist & IVF Specialist, Indira IVF Hospital, can spread through the abdomen to the genital tract, including the uterus, which leads to the thinning of the endometrium lining and fallopian tubes.

“Tubal factor infertility along with the involvement of the thin endometrium creates a barrier in the attachment of the foetus, thereby being a major cause of infertility among females. Genital TB is one of the greatest concerns for females trying to conceive, as the symptoms are not persistent in the initial stages, it is often left undiagnosed in the early stages,” she says.

Agrees Dr Amita Jain, senior consultant, urology and andrology, Kidney and Urology Institute, Medanta, The Medicity, and says that the symptoms reported in women with genital TB are menstrual irregularities such as prolonged cycles; decreased, increased, absent or painful menstrual flow; pelvic pain and abnormal vaginal discharge. “However, in postmenopausal women, symptoms could be postmenopausal bleeding, persistent vaginal discharge or sometimes collection of pus in uterine cavity,” she says.

Doctors share that while the bacteria can cause the infection at any age; it mainly affects women during the reproductive period (15-45 years) and is often detected incidentally during a workup for infertility.

“As per the latest study done by the ICMR, over 50 per cent of female patients coming for IVF procedure have been reported to have genital TB. In over 95 per cent of the cases, the infection was found to affect the fallopian tube, 50 per cent endometrium and 30 per cent ovaries. The data of Delhi and NCR region shows that one out of every five women with genital TB is not able to conceive, which is accounted for 40 per cent. There is a rise in the number of patients by 21 per cent in the last five years,” says Dr Aggarwal.

According to Dr Vikas Maurya, director & head, department of pulmonology & sleep disorders at Fortis Hospital, Shalimar Bagh, the infection not only affects women, but it could also even cause infertility in men.

“It is that form of the disease that is predominantly seen in females and affects the genital organs. In men, it can affect the prostate gland, epididymis and testes. It is often seen in middle-aged men with renal or pulmonary tuberculosis,” he tells indianexpress.com.

He adds that a high degree of vigilance needs to be kept while diagnosing genital TB as it may be asymptomatic, especially in females. Presence of infertility should make the person suspicious of TB, he says, adding, “Tests like urine examination for TB bacteria, ultrasound, CT, FNAC, biopsy, and other tests in females like hysterosalpingogram, hysteroscopy, laparoscopy can be done depending upon the requirements.”

Explaining further, he says that though the chances of acquiring TB through intercourse are rare but cannot be ruled out.

“The most common means of spreading genital TB is through blood or lymph or direct spread. Genital tuberculosis can spread to any other body organ once it enters the body. People who have weak immunity or are suffering from certain diseases like cancer, diabetes and HIV are more vulnerable to genital TB,” he adds.

On being asked if women can conceive normally after being cured of the disease, Dr Amita Jain says that the spontaneous conception rate may vary from 31 to 59 per cent among patients treated with ATT for genital TB with better rates in patients diagnosed and treated earlier. The outcomes of pregnancy may be a live birth, spontaneous abortion or ectopic pregnancy.

“In a prospective study done in India among patients treated for infertility due to genital TB, the conception rate was reported at 19.2 per cent, with a much lower live birth rate (7.2 per cent). In a study among PCR-positive and PCR-negative genital TB patients with infertility, treatment with ATT and additional assisted reproduction techniques showed an overall pregnancy rate of 60 per cent. Therefore if the patient fails to conceive spontaneously, assisted reproduction techniques can be considered to increase the conception rate,” she adds.