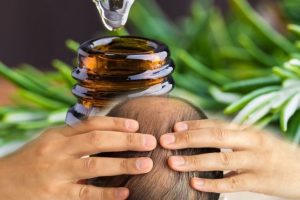 Hair loss is a natural part of ageing. We may all begin to notice the thinning of our hair as the years go by but some experience this process much more rapidly and sooner. Hair loss takes place on the surface of the skin, but the damage is far more skin deep. There is a herb which helps stimulate circulation and brings nutrients to the follicles which all aid in stimulating hair growth.

Medical News Today said: “Studies show that rosemary can help reverse some of the most common forms of hair loss.

“Male pattern baldness is a form of hair loss that occurs when a by-product of testosterone called dihydrotestosterone attacks the hair follicles.

“Both men and women produce testosterone, but men typically produce more testosterone than women, so hair loss in men can occur more often at an earlier age, and more extensively.

“Rosemary oil may help with this type of hair loss.” 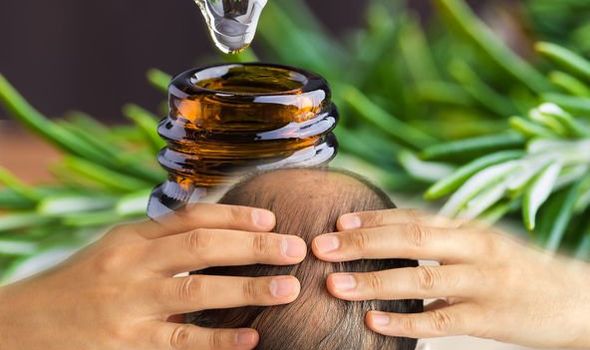 What the study said

In a study with the US National Library of Medicine National Institutes of Health, promotion of hair growth in mice with rosemary leaf extract was investigated. The study noted: “Topical administration of Rosmarinus officinalis leaf extract improved hair regrowth in mice that experienced hair regrowth interruption induced by testosterone treatment.

“In addition, rosemary oil promoted hair growth in mice that had their dorsal areas shaved.

“These results suggest that they inhibit the binding of dihydrotestosterone to androgen receptors.

In a study with Europe PMC, rosemary oil and how it could help with the treatment of androgenetic alopecia was analysed.

The study noted: “Rosemary oil is a medicinal plant with diverse activities.

“The present study aimed to investigate the clinical efficacy of rosemary oil in the treatment of androgenetic alopecia and compare its effects.

“Patients with alopecia were randomly assigned to either rosemary oil or minoxidil for a period of six months.”

The study concluded that the group which was treated with rosemary oil had more hair growth than the minoxidil group but the difference was not statistically significant.

The results suggest that rosemary oil may promote hair growth in the long term. 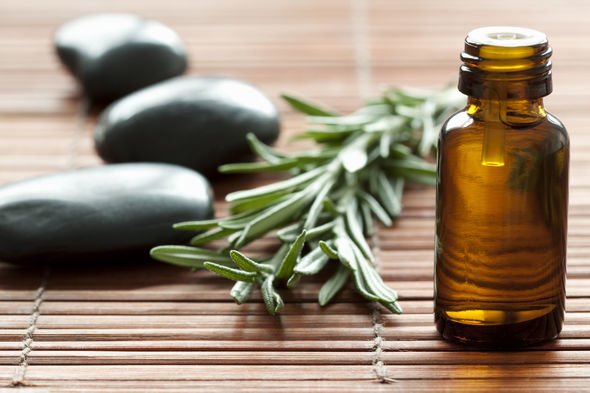 Some research suggest that rosemary oil helps reverse other forms of hair loss.

Studies published in 2017, found that rosemary oil helped to kill some fungi and bacteria.

So, when hair loss is due to an infection or unhealthy scalp, rosemary oil might help.

Studies also proved that rosemary oil is more gentle on the scalp and helped to reduce scalp itching.

Rosemary oil can also help improve both hair thickness and hair growth and is a popular choice thanks to its ability to improve cellular generation.

To use the oil, mix several drops of rosemary oil with olive or coconut oil and apply it to the scalp.

Leave it in for at least 10 minutes before washing it out with shampoo.

For best results, do this twice per week.

END_OF_DOCUMENT_TOKEN_TO_BE_REPLACED

END_OF_DOCUMENT_TOKEN_TO_BE_REPLACED
We and our partners use cookies on this site to improve our service, perform analytics, personalize advertising, measure advertising performance, and remember website preferences.Ok