Half of menopausal women ‘initially kept it secret from their partner’ 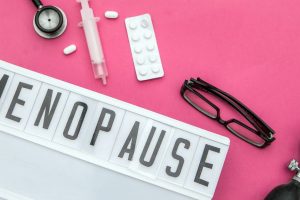 Half of women who have been through the menopause initially kept it secret from their partner – with a fifth not confiding in anyone at all at first, according to research.

The poll, of 2,000 women, found 43% of those who’ve gone or are going through the menopause or pre-menopause felt ‘completely alone’ during it.

Nearly eight in 10 (79%) didn’t discuss their condition with another female relative and 77% didn’t even tell their mother.

While 60% didn’t open up to friends and 76% didn’t consult a healthcare professional.

For 25%, the difficulty in opening-up is partly because they perceive – or fear others perceive – the subject to be taboo.

While 10% of the 1,378 females polled, who have gone through the menopause, admitted they didn’t want it to happen so simply ‘pretended’ it wasn’t.

Commissioned by TENA, which has launched its #LastLonelyMenopause campaign, the research found 39% of those yet to reach this stage of their lives are ‘dreading’ it.

Lisa Snowdon, who is backing the campaign by the incontinence product makers, said: “It’s no wonder the word ‘menopause’ sparks fear in the hearts and minds of women across the globe.

“Synonymous with ‘middle age’, in a society where ageism is rife; menopause is not celebrated. It’s seen as the beginning of a decline.

“For too long women experiencing the menopause have suffered in silence, alone and fearful of what is to come.”

“Together, by discussing the menopause with our daughters, nieces, mothers, grandmothers, friends, and partners, we can end the cycle of loneliness and tackle the education gap.”

While discussing the condition may fill many of those polled with dread, there is some good news – 47% of those who’ve gone through the menopause also said there are benefits.

The research carried out through OnePoll found these positives include no more periods (83%), an end to pre-menstrual syndrome (52%) and no longer having to buy and wear sanitary products.

While four in 10 enjoy having sex without worrying about contraception.

But 71% of all women polled feel these positive aspects are not voiced about enough.

Stefanie Steegs, of TENA, which has created an online guide to encourage people to talk about the menopause, said: “For too long, the menopause has been pushed aside or not spoken of openly enough in society, and rarely in a positive light.

“While it’s important that our campaign explores the lesser-known and challenging impacts of the menopause, we want to end the silence around it and flip the clichés on their head.

“Our ‘Infrequently Asked Questions’ guide helps us do this and encourages and facilitates the passing down of menopausal knowledge and wisdom.”

Dr Jane Davis, GP and menopause expert, Board Member of the Primary Care Women’s Health Forum, added: “What really jumps out to me about the #lastlonelymenopause campaign is that it strikes at the heart of the issue of taboo around menopause. It’s about not being embarrassed to talk about it.

"The mother-daughter story is one heard over and over again, ‘My mum never told me what the menopause was like’. It is getting better in terms of conversations, but there is more to be done.

“As the campaign says, menopause is like ‘shedding a skin’ – and it’s there that the hope lies.

"Menopause is a transition, one that is to be celebrated because things are better after; they’re just different.

“It’s all about supporting each other, opening up those intergenerational conversations and also not being afraid to ask for help from your healthcare professional. That’s what we’re here for.

"Don’t make menopause a lonely place for you and others – open up those conversations.”