High blood pressure: Studies show adding this drink to your diet will lower your reading 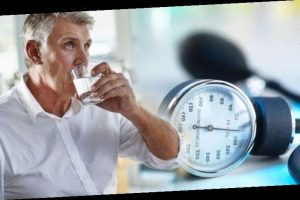 High blood pressure is a condition which causes pressure inside the arteries to be higher than they should be. If left untreated, dangerous health conditions could arise including heart attacks or a stroke. Eating too much salt, drinking too much alcohol, being overweight and not getting enough exercise can all lead to a person developing the condition. Foods and drinks can either help or hinder high blood pressure and consuming more of this drink has been proven to help lower your reading.

Diet plays an essential role when it comes to high blood pressure.

Mayo clinic said: “If you’ve been diagnosed with high blood pressure, you might be worried about taking medication to bring your numbers down.

“If you successfully control your blood pressure with a healthy lifestyle, you might avoid, delay or even reduce the need for medication.”

Adding apple cider vinegar to your daily routine will help to lower your reading. 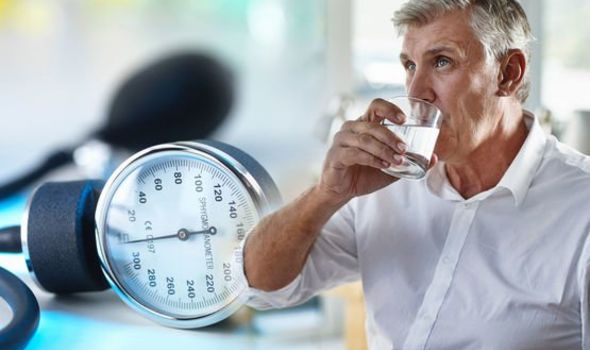 Apple cider vinegar has long been hailed as a healthy option to add to one’s diet.

The drink has been seen as a popular “cure all” for many illnesses and conditions. Including an upset stomach, high cholesterol and sore throats.

In fact, the ancient Greek doctor Hippocrates used apple cider vinegar for wound care and in the 10th century it was used with sulphur as a hand wash during autopsies to help prevent infection.

Studies have shown that apple cider vinegar could play a key role in helping one to keep their blood pressure low.

What the studies say

In a study with Taylor & Francis Online, the effects of acetic acid vinegar on hypersensitive rats was investigated.

The study noted: “To clarify the possibility of a preventative effect of dietary vinegar on blood pressure, long-term administration of vinegar or the acetic acid to SHR was examined.

“As a result, it was observed that acetic acid itself, the main component of vinegar, significantly reduced blood pressure and renin activity compared to controls given no acetic acid or vinegar, as well as vinegar.”

Apple cider vinegar can also be used to help with weight loss which in turn helps to lower blood pressure. 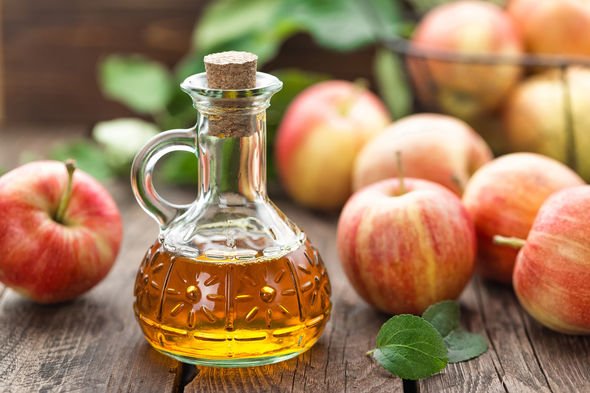 In a 12-week study, 144 obese Japanese adults consumed either one tablespoon of vinegar, two tablespoons of vinegar or a placebo drink every day.

The participants were told to restrict their alcohol intake but to continue their usual diet and activity throughout the study.

How to incorporate apple cider vinegar into your diet

You can add about three teaspoons at concentrations of three to nine percent.

The vinegar can be difficult to handle by itself, however, it can be added to other foods to help it go down easier.

Apple cider vinegar can be drizzled over meat or vegetables, added to a smoothie, mixed in with olive oil and herbs for salad dressing or it can be added into a tea mixed with a bit of honey.

END_OF_DOCUMENT_TOKEN_TO_BE_REPLACED

END_OF_DOCUMENT_TOKEN_TO_BE_REPLACED
We and our partners use cookies on this site to improve our service, perform analytics, personalize advertising, measure advertising performance, and remember website preferences.Ok