Holidaying mother is fighting for her life in a Tenerife hospital 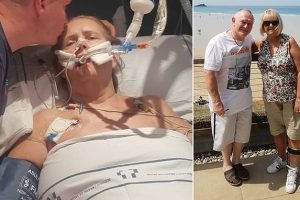 A British woman is stranded in a hospital in Tenerife after developing pneumonia while on holiday.

Elaine Ruddick, 57, was taken to hospital last Friday after falling ill with a viral illness which has worsened and left her in intensive care.

After suffering a stroke in 2015, Mrs Ruddick’s health had improved but she ended up in hospital just four days into a holiday with her husband.

Charlie, 62, said he doesn’t know whether his wife will survive and friends back home have set up a fundraiser to help him stay by her side.

Mr Ruddick said the couple’s insurance company has refused to pay out because of a ‘technicality’. 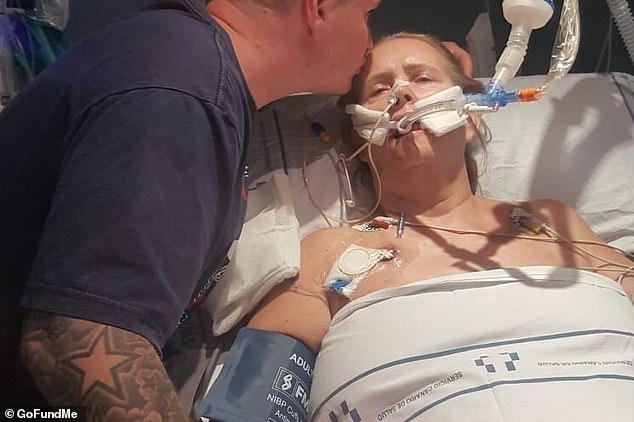 Elaine Ruddick was taken into intensive care in a Spanish hospital after developing pneumonia following an illness with a viral infection (Pictured: Mrs Ruddick in hospital with her husband, Charlie, by her side)

‘This is the closest I have ever come to losing my wife in 37 years of marriage,’ Mr Ruddick told The Sun.

‘I have never cried so much in all my life. It has been touch and go for over a week. She’s still very critical, but thankfully getting a little bit more stable.

‘It’s almost unbearable for me to see the pain in her face, but I have to be strong to tell her it will be okay. Honestly though, I don’t know if she is going to live or not.

‘I feel so emotionally drained. This holiday has turned out to be a complete nightmare.’

A fundraiser set up for the couple, from Milton Keynes, has raised £2,000 so far, but Mrs Ruddick’s medical bills are already around £7,500.

Mr Ruddick retired from work to be full-time carer for his wife after she became partly paralysed as a result of her stroke four years ago.

She first became ill last week with a viral infection, which hasn’t been named, but quickly developed pneumonia. 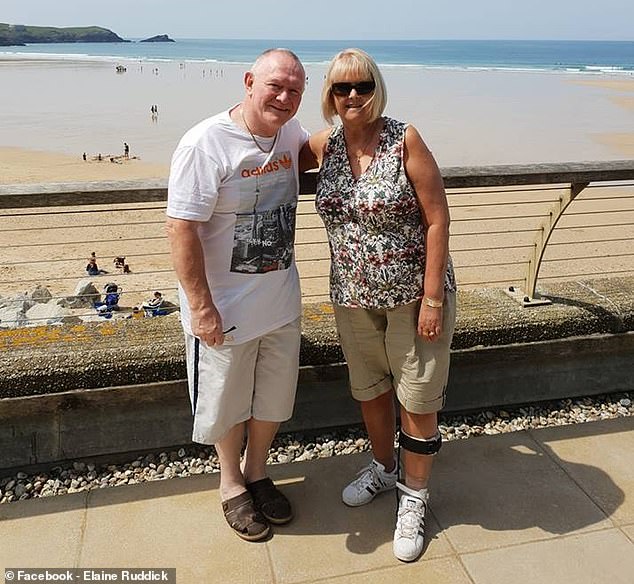 Mrs Ruddick had been on holiday with her husband, Charlie, for four days before she became ill. Mr Ruddick said the couple’s insurance has refused to pay out because of a ‘technicality’ 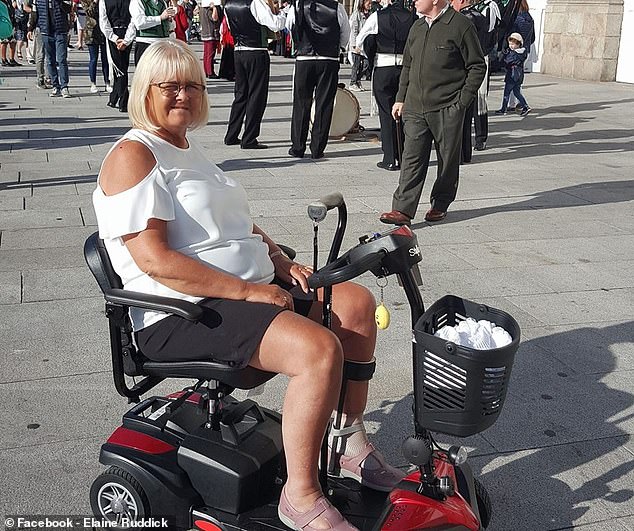 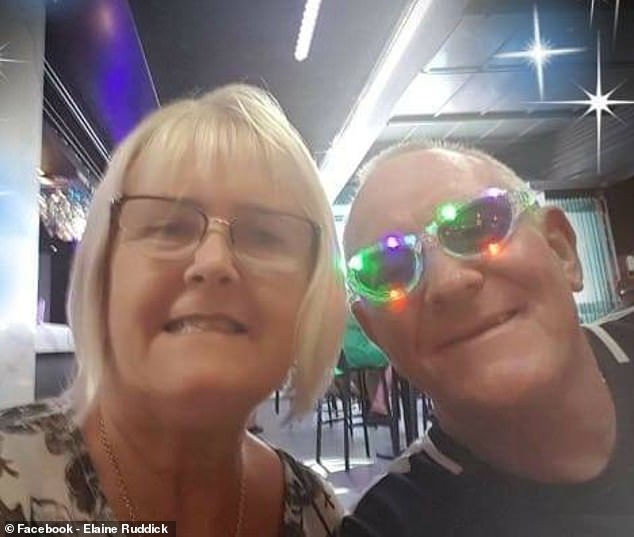 Mr Ruddick, who has had to pay to stay longer than intended in Tenerife so he can be by his wife’s side, said: ‘It’s almost unbearable for me to see the pain in her face, but I have to be strong to tell her it will be okay’

Pneumonia is a condition which causes swelling in the lungs’ airways and leads to fluid building up in tiny sacs which are supposed to fill with air when you breathe.

The symptoms are triggered by infection and can develop quickly, within a day or two, leaving patients coughing, struggling to breathe and feverish.

Around eight in 1,000 people develop pneumonia each year in the UK. It can be deadly among elderly people or those with weak immune systems.

Mrs Ruddick is being treated in a university hospital in Santa Cruz, the capital of Tenerife, The Sun reported.

Mr Ruddick, who said it could be a month or before before his wife is allowed to fly home, added: ‘We desperately need help.

‘I’m worried sick about what is going to happen.’

To donate to the fundraiser for Elaine Ruddick visit the GoFundMe page.

Pneumonia is a type of chest infection that affects the tiny air sacs in the lungs.

The condition causes these sacs to be become inflammed and fill with fluid, making it harder to breathe.

Pneumonia is caused by bacteria or viruses, with the most common being Streptococcus pneumoniae.

It affects between five and 11 out of every 1,000 adults every year in the UK.

Anyone can suffer from pneumonia, however, at-risk groups include:

Antibiotics or mechanical ventilator use in hospitals also raise the risk.

In severe cases, sufferers may cough up blood, vomit or have a rapid heart rate.

Treatment is usually antibiotics, which may need to be given intravenously in hospital in severe cases.