Hoping for a housing revival 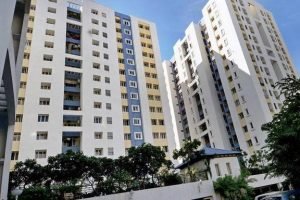 RBI decision to reduce repo rate reflects government plans to boost growth. It is for banks to pass on the benefits to consumers

The cloud over the election results is now cleared with BJP-NDA returning to power with a thumping victory, but unimpressive GDP numbers reported for the past year greeted the incumbent government. The top priority of the government is now to address the sagging growth and one important step in the process is to lower the lending rates.

For the third time in a row the key policy rate or the repo rate was reduced by 25 basis points or 0.25%, bringing the interest rates to as low as 5.75%. Repo rate is the rate at which commercial banks borrow from the Reserve Bank to meet their short-term funding requirements. It sets the tone for changes in deposit as also lending rates.

The announcement of the rate cut was on expected lines since the growth of the economy as measured by GDP was reported at below 6% for the financial year 2018-19, which is quite alarming.

To boost growth, cutting interest rates is one of the measures taken by the central bank because low borrowing rates encourages investments by promoters and entrepreneurs that lead to higher production, consumption and employment, the key ingredients for growth.

In the last few quarters the housing segment had seen its worst growth owing to liquidity crisis, thanks to IL&FS saga, and unpredictability over the election outcome. With the reduced rates the housing segment is seeing hope of revival and expects that the demand would pick up. For home loan borrowers too, the reduced rates would encourage investing in houses and seek low EMI options.

The think-tank of the Monetary Policy Committee (MPC) even changed its stance from being “neutral” to “accommodative”, which is quite heartening for the real estate sector.

This leads to indications that the interest rates may be reduced further in the coming months.

The real estate sector would wait to see if banks and financial institutions pass on the rate cut to the borrowers without which the RBI policy would make no sense. Despite consecutive rate cuts, banks failed to pass on the full benefit to borrowers which was a cause of concern.

Hope this rate cut would bring down the rates to 8% which would help borrowers to save quite a bit on their EMI outflows.

Since it is a falling interest rate scenario, opting for floating rate loans would continue to make sense.

END_OF_DOCUMENT_TOKEN_TO_BE_REPLACED

END_OF_DOCUMENT_TOKEN_TO_BE_REPLACED
We and our partners use cookies on this site to improve our service, perform analytics, personalize advertising, measure advertising performance, and remember website preferences.Ok