Home » Health News » How I Made It: 'I'm an NHS doctor and won Miss England'

How I Made It: 'I'm an NHS doctor and won Miss England' 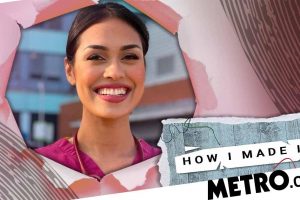 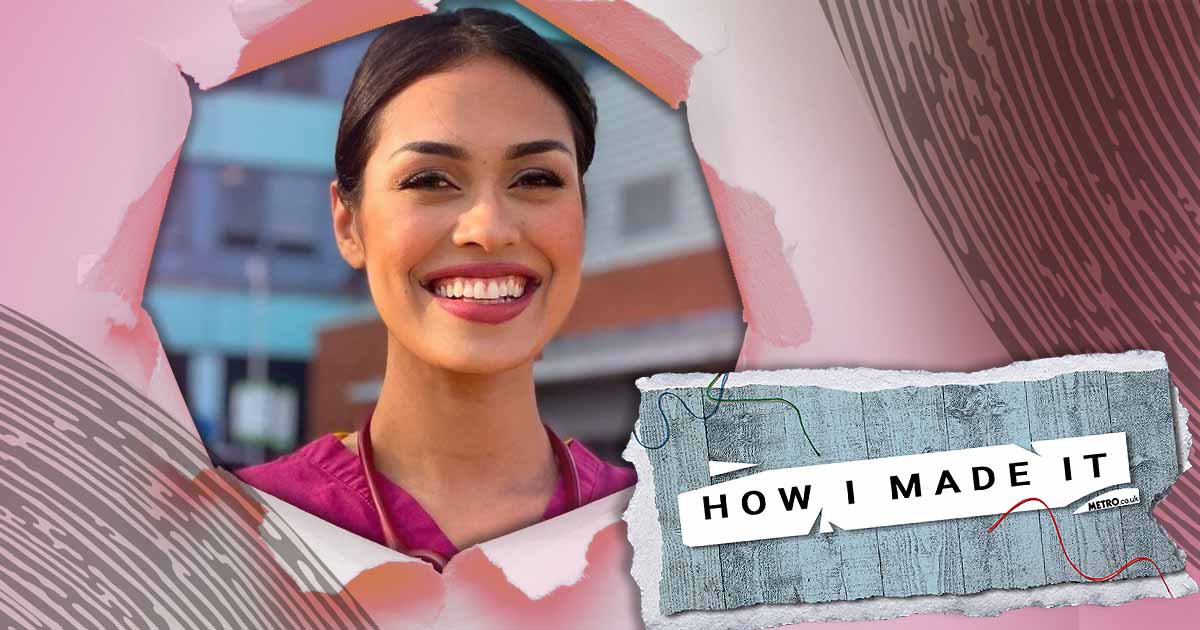 Welcome back to How I Made It, Metro.co.uk’s weekly career journey series.

This week we’re speaking to Bhasha Mukherjee, who has an impressive career as an NHS doctor, mindfulness expert and beauty queen – having won Miss England in 2019.

She’s achieved all of this by the age of 26.

Bhasha became the first British Asian to win Miss England, then when the pandemic hit she began working as a junior doctor on the front line.

Health has always been an area of interest for Bhasha, as she lost family members to suicide and was later diagnosed with PTSD (post-traumatic stress disorder).

Now she’s keen to help others with their mental health, so alongside her day job and pageant judging duties, she hosts a series of video classes on the mindfulness app, MindLabs.

She’s always been ambitious – almost to the point of burning out – but now she’s learnt how to juggle all aspects of her career and life.

Here’s how Bhasha made it happen.

Hey Bhasha, where to begin? Let’s start with Miss England – what made you want to run?

I originally ran for Miss England as a ‘why not?’.

I’ve always treated most opportunities that are presented to me with an attitude of ‘why don’t I just give it a try?’.

I’m almost driven by FOMO in a way. I don’t want to get a little further down the line and think that I’d made a mistake not going for something.

I ended up in pageantry because I was trying out some modelling at the time and wanted to combine it with something that would let my personality shine, something that would allow me to show that deeper side of myself, whether it be the social causes that I believe in or simply the fact I can actually have intelligent conversations.

Did you come up against any stereotyping or stigmas given your medical background?

Definitely! I was crowned Miss England about nine hours before the start of my first shift as a junior doctor, so I was starting a new life with these two brand-new identities.

When you leave medical school, there’s still a long way to go before you prove your worth as a doctor and it normally takes a good few years of hard work.

A lot of people assumed that because I worked in modelling that I was fame-hungry and fickle, and they treated me a little different.

People had already made their minds up about who I was before seeing how I performed in the job.

That was really difficult for me to get past, but now I’m at a stage in my career where I’m confident in my ability to perform at my job.

Do you still take part in that side of things while working for the NHS?

I’m not doing pageants anymore, but I’m still doing lots of things relating to Miss England – judging pageants such as Miss Lincolnshire and Miss Yorkshire, and I’m even judging at the Miss England finals this year.

It often balances quite nicely with the job as well, because it’s opened lots of doors for me relating to social causes that I’ve always wanted to support.

The pageantry industry brought me to the table, but it means I can affect the world away from that table.

I now do a lot of healthcare-related work as a result of my title, as the main objective I had during my reign was to turn it into a platform where I raise awareness for various conditions and promote the health of the general public.

How do you balance it?

This first happened when I was 17, where I had my first experience of what I would describe as ‘hypomania’.

I’ve grown since then, and I’ve been forced to change. I’ve now developed a great sense of prioritisation and the ability to say no, even to myself.

I had no boundaries as a teenager. I would stay awake until 2am studying and networking, knowing I had school the next day.

I now understand that life is a marathon, not a sprint, and I’ve got habits and routines to ensure that I take care of my mental health.

What made you want to get into the medical space?

Medicine is both an art and a science, so it was perfect for someone who was quite honestly a boffin at school.

I found learning so exciting and wanted to absorb as much as I could.

As a teenager, I would find medical mysteries and try to solve them, but I eventually realised that there was no end to the questions in this space.

If you solve one question, another appears – it’s the perfect industry for someone with an endlessly curious brain like mine.

How did you train and get your job in the NHS?

I got into medical school, where I studied in Nottingham over five years and two degrees – one in Biomedical Science and one in Medicine and Surgery.

I graduated in 2019 and qualified as a doctor, and from there you go into the foundation programme.

You have to take part in that to get work as a doctor anywhere in the world, so these were really important years.

Now, I’m pursuing my training as a GP, and I’m enrolled in a GP training programme in London.

An average day in the working life of Bhasha Mukherjee

7am: Bhasha wakes up and does around 12 minutes of meditation with prayer beads to address any thoughts or anxieties without taking them to work.

7.30am: She then gives herself 30 minutes to get ready for work while listening to a podcast.

8am: Time for the journey to work.

9am: The shift begins and she’ll spend the first half an hour receiving a handover from those on the night shift, so she knows what’s coming for the day ahead.

1pm: Lunch is usually had at the desk while filing reports to avoid working beyond the end of her shift.

2pm: The rest of the day is spent attending to patients as needed, so this varies day to day and doctors will update everyone.

5pm: The shift ends and Bhasha will sometimes have a quick power nap after work to reenergise for the evening.

7pm: Time to do self-care activities, such as the gym and journalling.

What’s the best thing about your job?

The best thing about my job is the satisfaction I feel after solving a difficult problem – when you make some kind of breakthrough with a patient and they show you some kind of gratitude, it’s the best feeling on earth.

The feeling of solving a patient’s problem never gets old, and I really treasure these moments.

The worst is certainly how understaffed and underfunded the NHS is – it’s a truly chronic problem. It’s like we’re constantly running on fumes.

I feel the understaffing means that nurses and doctors are having to take on extra work, causing extra stress. This can lead to burnout.

I worry that this is causing so many of them to leave the NHS for other countries with better conditions, better pay, and less stress, which only further worsens our staffing issues.

It’s often difficult giving care when you don’t feel your own needs are met or cared for.

How I Made It

Do you have an interesting job or career journey?

Email [email protected] to share your story for How I Made It.