How to live longer: The popular drinks proven extend your lifespan 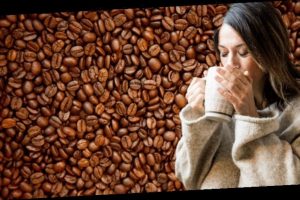 The biggest threat most people will face in their lives comes in the form of chronic diseases, which can largely be prevented if steps are taken to lead a healthy lifestyle. Heart disease, for example, is a major cause of death both in the UK and worldwide, and evidence shows that eating a healthy, balanced diet can significantly reduce a person’s risk of developing the deadly complication. To protect against heart disease, and a host of other life-threatening health complications, a growing body of research recommends drinking tea and coffee.

Several studies suggest that green tea for example, may decrease your risk of cancer, diabetes, and heart disease.

Research attributes the health benefits from polyphenols and catechins found in green tea.

Polyphenols are compounds found in foods such as tea, coffee, cocoa and olive oil.

The health benefits are believed to be derived from antioxidants found in the polyphenols. Antioxidants are substances that can prevent or slow damage to cells.

Catechins are natural antioxidants that help prevent cell damage and are believed to provide myriad health benefits, such as offering protection against diseases.

Numerous studies have also found an association between drinking coffee and lower risk of type 2 diabetes, heart disease, and certain cancers and brain ailments, such as Alzheimer’s and Parkinson’s.

One study, published in the British Medical Journey, suggests drinking three to four cups of coffee a day to reap the optimal health benefits.

To arrive at this verdict, the researchers pooled together evidence from over 200 studies and find that drinking three to four cups of coffee a day is associated with a lower risk of death and getting heart disease compared with drinking no coffee.

The analysis also found that coffee was associated with a lower risk of several cancers, including prostate, endometrial, skin and liver cancer, as well as type 2 diabetes, gallstones and gout.

The greatest benefit was seen for liver conditions, such as cirrhosis of the liver – scarring of the liver that can eventually lead to liver failure.

What should you eat?

A recent study published in the Journal of the American Heart Association found that eating mostly plant-based foods and fewer animal-based foods may be linked to better heart health and a lower risk of dying from a heart attack, stroke or other cardiovascular disease.

While you don’t have to give up foods derived from animals completely, our study does suggest that eating a larger proportion of plant-based foods and a smaller proportion of animal-based foods may help reduce your risk of having a heart attack, stroke or other type of cardiovascular disease,” said lead researcher, Casey M. Rebholz, Ph.D., assistant professor of epidemiology at Johns Hopkins Bloomberg School of Public Health, Baltimore, Maryland.

The study analysed a database of food intake information from more than 10,000 middle-aged U.S. adults who were monitored from 1987 through 2016 and did not have cardiovascular disease at the start of the study.

They then categorised the participants’ eating patterns by the proportion of plant-based foods they ate versus animal-based foods.

People who ate the most plant-based foods overall had 16 percent lower risk of having a cardiovascular disease such as heart attacks, stroke, heart failure and other conditions.

“These findings are pretty consistent with previous findings about other dietary patterns, including the Dietary Approaches to Stop Hypertension, or DASH diet, which emphasise the same food items,” Rebholz said.

Moving forward, research on plant-based diets should examine whether the quality of plant foods – healthy versus less healthy – has a bearing on cardiovascular disease and death risks, said Rebholz.

END_OF_DOCUMENT_TOKEN_TO_BE_REPLACED

END_OF_DOCUMENT_TOKEN_TO_BE_REPLACED
We and our partners use cookies on this site to improve our service, perform analytics, personalize advertising, measure advertising performance, and remember website preferences.Ok