HPV Infection in Pregnancy Higher Among Women Living With HIV 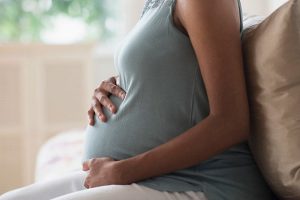 Pregnant women living with HIV were more likely to be infected with human papillomavirus (HPV) than were pregnant women without HIV, a recent systematic review and meta-analysis reports.

“High prevalence of HPV was documented in pregnant WLWH [women living with HIV], exceeding the prevalence among pregnant women without HIV,” Elisabeth McClymont, PhD, of the University of British Columbia in Vancouver, Canada, and her colleagues write in Journal of Acquired Immune Deficiency Syndrome.

“Our findings of a high prevalence of HPV infection during pregnancy in WLWH, particularly of highly oncogenic HPV types, emphasize the need for HPV screening and vaccination in WLWH,” they add. “WLWH are a key population for both HPV and adverse pregnancy outcome prevention.”

A Study of Studies

McClymont and her colleagues searched the standard medical research databases through January 18, 2022, for pooled and type-specific HPV prevalence and associated pregnancy outcomes among pregnant women living with HIV, including available within-study comparators of women without HIV.

They performed subgroup analyses according to polymerase chain reaction primers used to detect HPV type and according to region (Africa; Asia and Europe; the Americas).

“HPV is a common virus that can lead to cervical dysplasia and cervical cancer,” Clara Paik, MD, professor and clinic medical director of obstetrics and gynecology at UC Davis Health in Sacramento, California, cautioned.

Paik, who was not involved in the study, would like these results to lead to better HPV screening in pregnant women living with HIV.

“The study’s strengths include the large number of women studied when all the research studies were pooled,” she said. “A weakness is that, if individual studies had limitations, a systematic review based on weaker studies may not necessarily yield results that are conclusive.”

Linda Eckert, MD, professor of obstetrics and gynecology at the University of Washington School of Medicine in Seattle, said that the study highlights the importance of including cervical cancer screening in antepartum care, especially in areas of high HIV prevalence.

“This [new] study allows us to definitively say that pregnant women living with HIV have higher rates of HPV than do pregnant women without HIV,” noted Eckert, who was not involved in either study. “And HPV type 16 — the HPV type most associated with developing cervical cancer — was the most common high-risk HPV type found in these patients.”

The authors urge that women living with HIV not only be screened for HPV but that they also be vaccinated against HPV.

“This study points to the need for a trial to investigate HPV vaccination in pregnant women living with HIV who have the high-risk HPV types,” she suggested.