Home » Health News » I Lost My Eye in a Random Act of Gun Violence. Here's What I Need People to Know

I Lost My Eye in a Random Act of Gun Violence. Here's What I Need People to Know 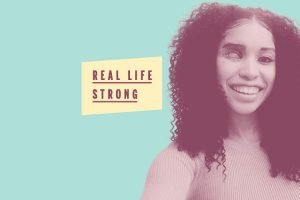 This story is part of Health’s #RealLifeStrong series, where we are celebrating women who represent strength, resilience, and grace.

Last summer Jessica Felder, 27, was caught in gun crossfire when she was stopped at a stop sign. Now she’s sharing what she discovered in the moments she was sure she was going to die.

On July 2, 2018, I was heading to work as a bar manager around 6 p.m. I had spent the day hanging out with friends, and as I was driving out of the neighborhood, everything felt normal. And then nothing did.

I stopped at a stop sign and one car stopped on the left-hand side of me and another car stopped on the right side. Before I could realize what was happening, people in the cars got out and started shooting at each other. I was caught in the middle. There was nowhere to go.

How do you prepare for something like this? You can’t. I did the only thing I could: I got down. I knew my car was getting hit because the window on the driver’s side got shot. Then the firing stopped and everything was calm.

My first thought was, You have to get out of here, so I popped up. But they started shooting again, and that’s when I was shot in the face. Actually, I was shot in the eye, but I wouldn’t find that out until later, in the hospital.

Blood was streaming down my face. I was also shot in the hand and could see the bullet embedded in my flesh. With all the adrenaline though, there was no pain. Everything was running in slow motion. I thought to call for help but my phone wouldn’t unlock. It was too saturated with blood. I took a breath, saw that I could get my car out, and drove. I have no idea if there was anyone around me at that point. All I knew was that I just had to get out of there.

I had no plan. A right turn here. A left turn there. Hopefully I’ll end up somewhere, I thought. I saw a gas station and pulled in. Horrifyingly, it was closed. Now I was frightened. I kept thinking, I’m bleeding out of my face. I’m going to bleed out. I’m going to die. In a panic, I ran to the street to try to wave down cars for help. A couple minutes went by, and no one got out. This is where you will die, I thought. No one is going to help a girl on the side of the street covered in blood.

Then a group of people walked up and gathered around. That’s the last I remember until I woke up in the ambulance.

The paramedics were telling me to keep talking. I kept saying, “Please keep me alive for my mom.” I heard the drivers discussing which hospital to take me to, because my wounds were so bad.

You’re thinking about everything you value in life, and then you start to bargain to stay alive.

The next thing I recall is being pushed through the hospital, as my shirt, belt and pants were cut away; my shoes were thrown off;  and my piercings taken out. It was exactly like you see in the movies.

They put me under anesthesia. But I woke up right before going into the operating room. I remember making it a point to will my limbs to move, so the doctors knew I was still conscious. Luckily that got their attention. They gave me fentanyl and that was it. I have no memory after that.

When I woke up, I was in a dark room. There was a nurse who was really emotional. The first thing she told me was that I had an imprint of a cross on my chest. That was so important to me to hear; because it told me that God had gotten me through this.

The nurse told me my family was in the hospital. Seeing them was pure happiness. Everything I wanted, and was asking for in my dying moment, was right there in the room with me.

It’s funny because I don’t remember when I first found out that I lost my eye, or how I reacted to the news. It wasn’t until I returned home that everything clicked for me. Even then the loss wasn’t something that I focused on, though I didn’t look at my eye for about two weeks. I was just overwhelmed by the love and support I felt from family and friends and even long-ago friends I hadn’t seen since elementary school. I knew I had gained so much more than anything I lost.

When I was interviewed by police, I wasn’t able to give them any information on the shooters. The police had their suspicions about the shooters, but they couldn’t prove they were there at the time. The shooters were never caught.

A month after the incident, I finally shared my story on social media. So many people messaged me and wrote comments. That was a shock—to know that there were so many people who could relate. Though I haven’t spoken much on gun violence, I want to show people through my story that innocent victims are left picking up the pieces. I have more than $70,000 in medical bills. I finally went back to work after six months. I’m still not driving. My car was totaled.

Sharing my story showed others that life goes on, and you can still feel great about yourself. That’s why I post the images I do to Instagram. People should see that I’m smiling and happy, but they should also understand that I’m going through a lot. I never want to portray that things are fine. It’s about being realistic. So, I might share a photo along with the caption that “It’s just a bad day, not a bad life.”

My posts are also, I hope, a source of inspiration. No one expects to see a girl on Instagram with one eye missing, but that’s okay. For people who feel like me, I want to show them that you can still go out and have a good time. You might get looks and feel like you’re not normal, but you’re exactly who you should be. Love and embrace that as much as you possibly can.

What I love to talk to people about is that at the moment I thought my life was going to end through a senseless act of gun violence, I was only praying to stay here for my loved ones. That’s what I want you to focus on when times get hard. Think about if you were in that moment, what would you ask for? Most people would want to say “I love you” to someone. You have that opportunity now. Focus on what you have, and not so much what you don’t.

This is why I decided to create Jessica’s Safe Space, a mental health resource and supportive community for survivors of violence or trauma or those who are just having a tough time in life. My goal is to help people be okay with themselves through any adversity. Know that you are not alone. We can make it through together.

Sign up for our newsletter and get everyday inspiration to live your healthiest, happiest life.

END_OF_DOCUMENT_TOKEN_TO_BE_REPLACED

END_OF_DOCUMENT_TOKEN_TO_BE_REPLACED
We and our partners use cookies on this site to improve our service, perform analytics, personalize advertising, measure advertising performance, and remember website preferences.Ok