I was 48 when I got my ADHD diagnosis 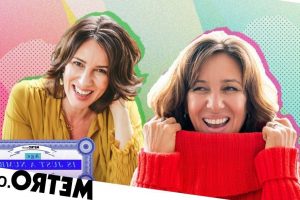 I read the list of symptoms out to my husband.

‘Always late, easily distracted, impulsive, struggling to focus, prone to emotional dysregulation. Who does that sound like?’

I’d expected him to say our daughter, but instead, he replied:

I was researching ADHD for my eldest – it hadn’t crossed my mind that I could have it too.

I put my husband’s comment to the back of my mind while I focused on our daughter, but every so often I would mull it over.

Could I have ADHD too?

A couple of months later, one of my clients – I work as a health and mindset coach – told me she had just found out she had ADHD.

I began researching immediately, trying to find out everything I could about the condition, so I could be best placed to help her. But the more I found out, the more my husband’s words rang in my ears.

With every discovery, I saw more of myself.

Since that day, both my daughter and I have had our ADHD confirmed by doctors. She was 22 and I was 48.

I cried when I got the psychiatrist’s report, it was like seeing myself properly for the first time.

I thought back to all the times I’d felt useless and incapable as a mother, struggling to do the simple things other mums found easy, like keeping up with homework, juggling the kids’ diaries with my work and the endless to-do list.

All the times I’d struggled in school, misbehaving because I found sitting in a classroom so hard unless the subject interested me, or the teacher was engaging.

The numerous burnouts and constant exhaustion thanks to my inability to switch off and just relax.

Finally, I had an explanation.

Every memory that comes up now is re-evaluated through the lens of my ADHD and it all makes so much more sense.

Even this summer’s family holiday made me reflect.

Before my diagnosis, the build-up to vacations would be incredibly stressful. I would lie in bed with my head and heart racing.

There was so much to organise and remember.

We’d go on holiday with several other families, all the other kids would have the right clothing, and the right toys to play with. I never did.

The fear of being without something and my inability to plan logically meant everything I owned would end up in the suitcase. I was always overweight on my cases, having to shamefully open them up in front of the whole queue to repack and load the family up with heavy items.

My poor children would be unable to bend their arms with the endless layers they had to wear to get everything through!

I would spend the holidays feeling like a complete failure, totally overwhelmed and like the world’s most useless mother.

I now know that due to a lack of what experts call ‘executive functioning’ – i.e. the inability to plan, prioritise, organise and regulate our emotions – this type of experience is pretty standard for people with ADHD.

Now when we go away, I have a list of exactly what we need and delegate passports and other stressful tasks to my husband.

I now know how to manage my feelings better and I know now that I am not a bad mum.

ADHD is not an excuse, it’s an explanation. So my late diagnosis was worth having, just for that validation.

Having since retrained as an ADHD coach, I know that most people who find out about their ADHD in mid-life go through a period of grief, where they think of how things could have been different.

There’s one incident from her childhood that stands out to me.

She came home with a piece of homework that you’d start at school and finish at home. I said: ‘You haven’t even written your name on this piece of paper.’ 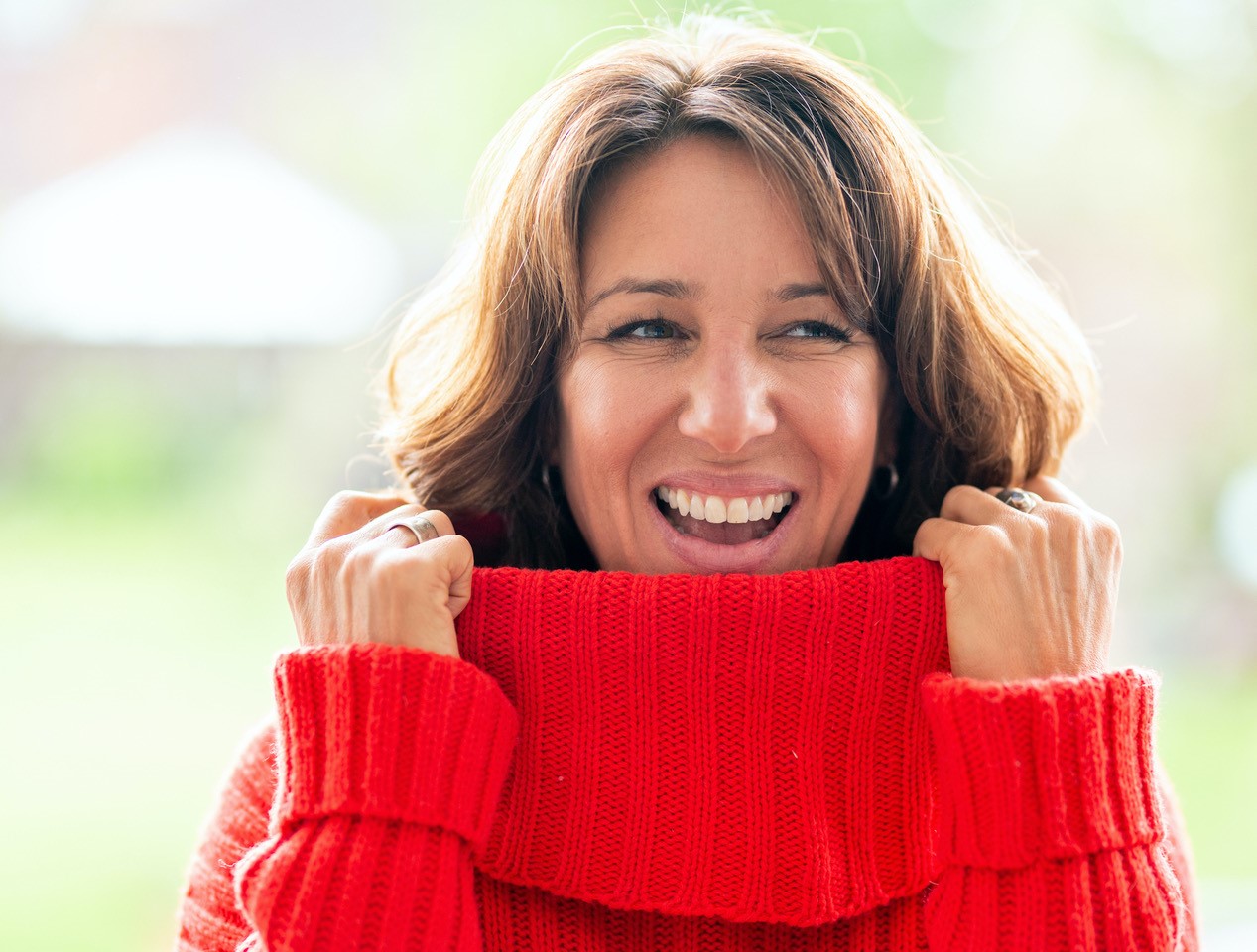 As a mother, I was frustrated; I was thinking: ‘She just can’t even be bothered. She’s lazy.’

She couldn’t. She felt unable to because she was too shy, too embarrassed.

She sat there for the whole hour without a pencil.

My sadness is that I hadn’t found out about our ADHD earlier, for her. I know if I had, I could have advocated for her more, she would have had more help in school and more understanding at home – rather than being told, she just needed to try harder as I, and so many other misunderstood and undiagnosed girls, are.

My daughter and I are both very different people. She’s an introvert, and I’m an extrovert, yet we both have ADHD.

There are three types of ADHD diagnosis; there is Predominately Hyperactive and Impulsive ADHD, which present with the more widely known symptoms such as excessive talking, constant moving, high energy, interrupting, fidgeting and struggles with self-control. It’s more common in children and men.

Then there is Predominately Inattentive ADHD (formally known as ADD). This is the quieter, less obvious type, that presents mostly in girls and adults.

Inattentive types tend to live in their heads and struggle more with executive functioning. The hyperactivity is cognitive with racing thoughts, which can cause feelings of anxiety and overwhelm. They are easily distracted and can come across as disorganised, clumsy and unmotivated.

And then you have ADHD Combined type, which is a mixture of the two and most commonly diagnosed.

My daughter and I are both the combined type.

Because girls are also great at mirroring their peers’ behaviour to hide their challenges to fit in, and masking their ADHD symptoms well, they can be missed until later in life when the demands of school, higher education or ‘adulting’ ramp up.

ADHD is believed to be genetic, tending to run in families – meaning my granddaughter could have the condition, too. She’s only two, so we don’t yet know, but I want to make sure the world is a better and more accessible place for her if she does have ADHD.

Late ADHD diagnosis has a massive impact on lives because until that moment you think that the playing field is level. You think everybody’s the same as you, with the same brain as you and that you are just not good enough, you just need to try harder.

But it’s not true.

People with ADHD are unafraid to fail. They are action-takers. They take risks. They’re extremely intuitive and empathetic. They are kind, caring people who are extremely driven when the situation is right. With ADHD, if you’re passionate, there is no stopping you.

But there is a stigma to having an ADHD diagnosis, I know because I am contacted weekly by someone who tells me they think either they or their child has ADHD but they are afraid to get a diagnosis, and therefore help because they don’t want the label.

There’s this idea that if you have ADHD you are less intelligent, underachieving, lazy and disruptive, which is not the case at all in my experience. In fact, in many cases, the opposite is often true.

My clients are some of the most successful people walking on the planet. High achieving entrepreneurs and senior executives, earning top salaries and living extraordinary lives.

I want my grandchildren to be brought up looking at what the advantages of ADHD are. It’s a message I want to give everyone – especially any woman who is questioning if she might have ADHD too.

It’s a long journey to getting a diagnosis – with NHS wait times meaning it will take a couple of years unless you go private – but it is worth pursuing.

A diagnosis gives you the validation that you are not mad, bad, crazy or lazy, you just have a different brain from others.

Not better, or worse, just different.

At 48, I wish I had known when I was younger, but I think it’s never too late to finally discover yourself. Finding out I had ADHD was that moment for me.

I want to make sure that others are unafraid to step into their ADHD.

Kim’s book, Square Pegs, a book of self-discovery for women with ADHD is now published. You can get your copy here, and you can learn more about Kim and her work here.

Age is Just a Number

Welcome to Age is Just a Number, a Metro.co.uk series aiming to show that, when it comes to living your life, achieving your dreams, and being who you want to be, the date on your birth certificate means nothing.

Each week, prepare to meet amazing people doing stereotype-defying things, at all stages of life.

If you have a story to share, email [email protected]