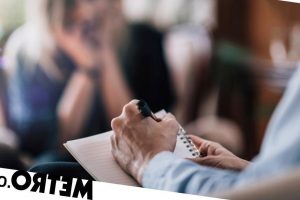 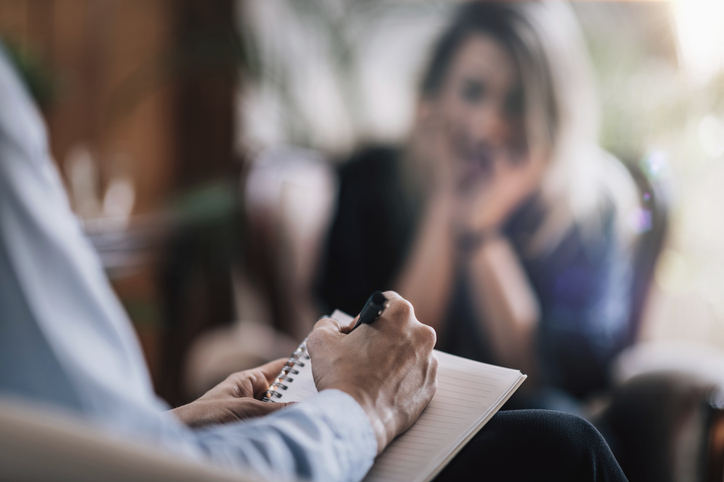 I’d waited until I was alone in the house and acted on impulse.

Lay on the floor, I sent a farewell text to my partner apologising for being such a burden. As far as I was concerned, this was my only way out.

Fortunately, my partner had read my text in time, immediately sensing that something was wrong. I wasn’t fully unconscious when she got home, but I wasn’t exactly conscious either.

That’s the set of circumstances that finally made me take my declining mental health more seriously in 2015. I knew I’d been getting worse, but it was easier to deny than admit the truth; nobody likes admitting that their behaviour is out of control.

Within a matter of weeks, I was referred to a local hospital for a mental health appointment.

As I sat in the doctor’s office chair and tried to explain why I’d attempted to kill myself, the community psychiatric nurse (CPN) responded: ‘Did you actually intend to kill yourself, or was it a cry for attention?’

I couldn’t believe what I was hearing.

My vulnerability already felt like an open wound but now it was like there was salt being rubbed in it.

I should have got angry and challenged his dangerous assumptions, but instead I cried. I was barely able to get my words out because I felt so pathetic. It was an incredibly demeaning experience.

During one of my bleakest depressive episodes, I was belittled and made to feel disingenuous by the very person who was supposed to help me. Self-harm is serious, and asking people if they’ve done it for attention is the last thing we need to feel supported.

Growing up with depression, I often heard the argument that people self-harmed for attention – it was one of the cruel ways my peers taunted what they didn’t understand.

When one girl in my year self-harmed, everyone – even her friends – whispered she did it so others noticed her. She was an attention-seeker, a liar, someone who wanted to be different so people thought she was special.

Every time I heard another person call her ‘a fake’, I realised they weren’t people I could trust. I could never be myself around them or never admit how often I thought about suicide.

I was fortunate enough to avoid their judgement because my behaviour was easy to hide most of the time. But their remarks about self-harm lingered long after I left school; I just never expected to hear a healthcare professional echo them years later.

This isn’t a case of a wounded ego, this is about medical professionals downplaying how traumatising self-harm and suicide are. Those types of responses stay with us, we remember them long after you’ve forgotten them, our minds ready to drag up the self-doubt when we’re at our lowest.

It’s only natural to start to close yourself off from others, even those you once felt safe around, when these medical failures happen. This is because in the back of your mind, you fear they’ll doubt you too.

I’ve found myself doing this. The loneliness depression brings is nothing compared to the loneliness of isolation.

After the CPN asked whether I tried to kill myself ‘for attention’, weeks of uncomfortable therapy sessions followed. I built up walls to protect myself, refusing to allow people to detect any vulnerability lest I be accused of faking once more.

My discomfort didn’t just come from my close proximity to a man who thought me a liar, but because he didn’t listen either. He’d tell my experiences back to me, his rendition riddled with inaccuracies.

Then there was the dissection of my past, so openly analysed that it stirred up old resentments – most prominently those aimed at my upbringing – that I didn’t know how to control.

I would later be diagnosed with Borderline Personality Disorder, a disorder that is as cruel as it is complex. Those who live with it struggle with emotional regulation, impulsivity (often bordering on dangerous, such as substance abuse), and difficult relationships.

The best way of describing it is like being in the eye of a storm: it’s calm, but there’s a falsity to it. The moment that brief window of calm passes, a world of conflicting emotions comes crashing in.

Left without many options, we suffer more than we should do, with BPD suicide rates 50 times higher than that of the general population

To experience so much fluctuating anguish, only to then be doubted by the professionals trained to deal with such disorders, is unthinkable. As soon as I walked into that first assessment, I should have been taken seriously. There shouldn’t have been judgement or doubt, only support.

Roughly one in every 100 people have BPD. It’s a common disorder, yet it’s one heavily misunderstood and demonised.

Left without many options, we suffer more than we should do, with BPD suicide rates 50 times higher than that of the general population.

You only have to look online to see how many people fear seeking help because they know stigma still lurks.

Healthcare can’t continue to keep failing those most vulnerable. Support doesn’t look anything like the care I received – mental health services need reforming if they’re to end the stigma that plagues us.

It’s time we reinforce the truth that stigma has no place in medicine. Am I hopeful this will happen? Yes and no.

Change is happening, but it does so at a slow pace, one which will claim more lives before substantial improvement is seen.

I’m fortunate to have survived despite my struggles, but I know all too well that not everyone will be as lucky.