Home » Health News » Is it a bike or a boat? The latest addition to Sydney Harbour

Is it a bike or a boat? The latest addition to Sydney Harbour

Water sports enthusiast Mark Sedgman doesn't find it hard to meet people by the water at Lavender Bay. As tourists pause to look south past Luna Park to the Harbour Bridge and Opera House, many stop to ask Mr Sedgman why a bike is sitting on top of what looks like a catamaran or a large banana. 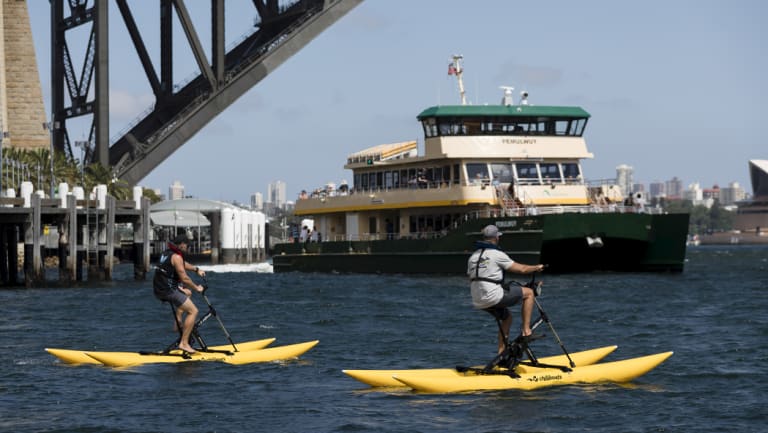 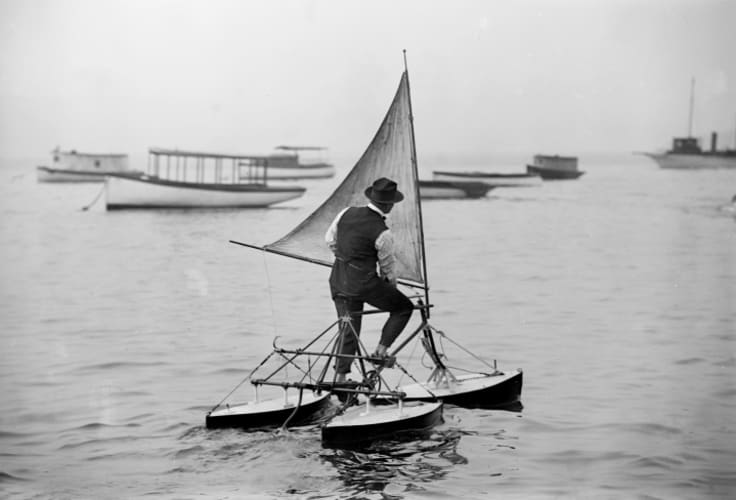 A man operates a water tricycle in the early 20th century. Credit:United States Library of Congress

Is it a bicycle or a boat? Classification has been an issue for waterbikes since the first "water velocipede" or "hydrocycle" was invented in 1870.

Mr Sedgman owns and operates what is thought to be Sydney Harbour's first waterbike hire company, AussieWaterBikes. He hasn't done any advertising and gets his business from passers-by.

"People come up and start asking questions," he said. One Canberra tourist, Ruth, stopped to chat, and a few minutes later, she was circling the bay, pedalling at a steady pace to go forward, and pedalling backwards to stop.

She barely got her pants wet as she disembarked. "You could ride to work in a suit on this. Or have a bride cycle across the harbour to [a] wedding," she said.

A professional corporate health and fitness trainer, Dan Westwood, also spotted Mr Sedgman this week. He was very excited after trying a waterbike, already envisaging corporate outings or rewards sessions where his clients could waterbike from where he trains near Observatory Hill over to Lavender Bay and back.

"I just loved them, it felt fantastic, it was easy and there's minimum resistance so you won't be left sore after pedalling," he said.

Because the rider sits on a bike seat the perspective is similar to a stand up paddleboard, which makes it easier to see schools of garfish, bream or dolphins, said Mr Sedgman. He has worked as a lifeguard, a wakeboard and scuba instructor, and on fishing trawlers and cruise ships.

The idea of using pedal power to drive a boat is not new. Early attempts include a small yacht powered by a tricycle but the modern version was popularised by former Saatchi and Saatchi advertising executive Judith Schiller when she did a bike tour near the Bay Bridge in San Francisco about five years ago. Without a convenient bike track to connect Oakland with San Francisco, she started tossing ideas around with a friend who'd recently seen cycle pubs — bars on wheels that up to a dozen people can pedal simultaneously, reported ModernLuxury.com.

Ms Schiller suggested: "What if someone created a bike that let you ride across water?" Her company Schiller Bikes is now one of the main companies selling bikes around the world in competition with companies such Chiliboats, the Brazilian company that supplied Mr Sedgman. 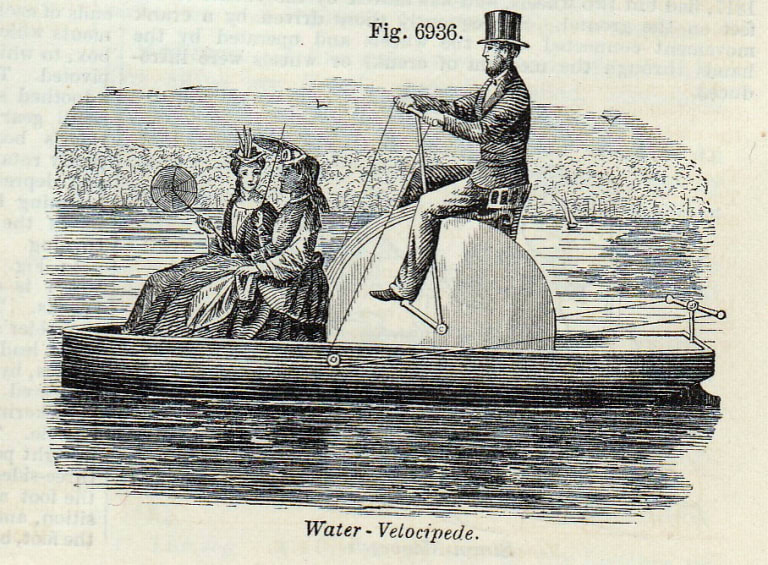 A water velocipede in 1877 – an early form of hydrocycle.Credit:Hurd and Houghton

Mr Sedgman said the Chiliboats (named because the hulls are sometimes painted red like a chili) are lighter and slightly smaller than the Schillers. They are portable enough that they are stored in back packs, meaning a trip can start anywhere on the harbour.

Mr Sedgman has ridden from Bundeena to La Perouse and back, and commuted from the harbour side of Manly (avoiding the Heads) to the city. "They're extremely stable, they take the swell very well, although you wouldn't want to take them into the surf," he said.

Because the images are highly Instagrammable, Mr Sedgman has had to take a crash course in social media, and his tours, which start at $69 an hour, include a package of photos ready for Instagram and a drink and a snack.

END_OF_DOCUMENT_TOKEN_TO_BE_REPLACED

END_OF_DOCUMENT_TOKEN_TO_BE_REPLACED
We and our partners use cookies on this site to improve our service, perform analytics, personalize advertising, measure advertising performance, and remember website preferences.Ok