Jenna Bush Hager Just Revealed She Had An Ectopic Pregnancy 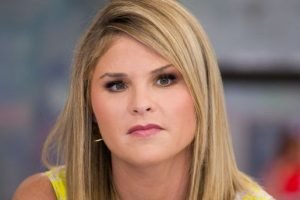 Jenna Bush Hager announced Monday that she’s pregnant with her third child, but Tuesday, on TODAY with Hoda & Jenna, she revealed becoming a mother hasn’t always been easy

While talking to Meredith Viera (who’s filling in for Hoda Kotb while she’s out caring for her new baby), Jenna revealed her first pregnancy was actually an ectopic pregnancy.

“Before I had Mila [Jenna’s first daugther], I had a pregnancy in my fallopian tube,” she said, adding that she realized it while she was on trip to California. Jenna took a pregnancy test after she “started to feel sick” that confirmed her pregnancy, but she got another story when she saw a doctor.

“I got to the doctor’s office and she said ‘Yeah you’re pregnant, we gave the blood test, but we can’t find the baby,'” Jenna recalled. “I had no idea what an ectopic pregnancy was. They looked up and the baby was in my fallopian tube.” To which Meredith replied, “Oh that’s so dangerous!”

Jenna opened up about a frightening pregnancy complication she had before getting pregnant with her first daughter, Mila. See what she had to say about the common and potentially dangerous condition at our link in bio. (?: @photonate)

Jenna opened up about a frightening pregnancy complication she had before getting pregnant with her first daughter, Mila. See what she had to say about the common and potentially dangerous condition at our link in bio. (📷: @photonate)

Wait, what exactly is an ectopic pregnancy?

The American College of Obstetricians and Gynecologists (ACOG) describes an ectopic pregnancy as one that occurs when a fertilized egg grows outside of the uterus, most of which—about 90 percent—occur in a fallopian tube, like Jenna’s.

An ectopic pregnancy can feel like a typical pregnancy at first, with symptoms like a missed period, tender breasts, and stomach upset, but as an ectopic pregnancy grows, more serious symptoms can develop, like sudden severe pain in the abdomen, shoulder pain, and weakness or fainting—especially if the fallopian tube ruptures and causes internal bleeding.

Some women are more likely to experience ectopic pregnancy, including those who have had a previous ectopic pregnancy, or previous pelvic or abdominal surgery. Women with pelvic inflammatory disease or endometriosis also have increased risk for ectopic pregnancies, along with women who smoke, are older than 35, and have a history of infertility or have used in vitro fertilization.

Overall, Jenna said her experience was “very isolating” but she shared her story to show that “there’s joy and there’s pain.” Here’s to hoping other women hear Jenna’s ectopic pregnancy story and realize they’re not alone.