Kate Middleton's Cheat Meal Of Choice Is So Darn Retable 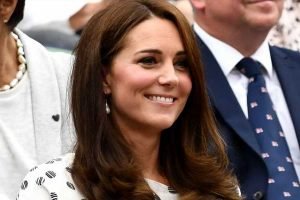 Penchant for slumming it in her trackies aside, we now have fresh evidence to believe Kate Middleton is a woman after our own hearts.

In a recent interview on BBC Radio 1, the mum-of-three admitted that she “absolutely” indulges in takeaway on the reg.

And as for her cheat-meal of choice? Almost always Indian food. Specifically, curry.

On the other hand, Wills has a much harder time narrowing down the options

“It’s a real conundrum when it comes to it. Pizza, Curry, or Chinese,” he said. “I’m not so good with the spicy food though. I’m not good at spice.”

However, unlike the rest of us mere mortals, the Royals don’t have the luxury of reaching for UberEats whenever the cravings strike. For security reasons, they have their staff order and collect the meals on their behalf.

“We tend to go pick it up. Not ourselves,” William said.

END_OF_DOCUMENT_TOKEN_TO_BE_REPLACED

END_OF_DOCUMENT_TOKEN_TO_BE_REPLACED
We and our partners use cookies on this site to improve our service, perform analytics, personalize advertising, measure advertising performance, and remember website preferences.Ok