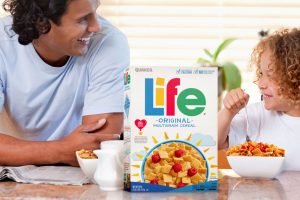 Do you have a child between the ages of 4 and 8 who’s constantly performing for the family, loves to be — and is comfortable — on camera, loves cereal (or can pretend to love cereal) and is probably capable of memorizing four lines of script? Then you better get to recording, parents, because Life Cereal is currently casting for the next face to include in an upcoming ad.

Entering the contest is easy; you can either attend a live audition at a Walmart location in Chicago, Illinois; Dallas, Texas; Los Angeles, California; Orlando, Florida; or Charlotte, North Carolina. Or, you can submit a video of your child performing his or her best Mikey. The best part of this whole audition process is the script is piece of cake — er, spoonful of multigrain cereal? Anyway, here’s the official script:

[Looks mad, stares at bowl, picks up spoon, and sighs]

Could your Child be the Next Mikey? See link in bio for more details! #lifecereal (NO PURCHASE NECESSARY.  Contest ‪ends 4/27/19‬. For Official Rules, including full eligibility/entry requirements, judging criteria, prize details, restrictions and script,visit https://lifecastingcontest.com/Rules)

Live auditions began on April 6, so only two auditions remain in Florida and Illinois on April 13. You can find the addresses and times on Life’s casting website. That said, your best bet is to apply via video submission, as Life will accept online entries through April 27. Keep in mind, though, parents are limited to only one entry per eligible child — so don’t even try to cheat the system.

Life will then announce up to three finalists in May, and those finalists will receive a trip to Los Angeles for the chance to audition for the Life cereal ad.

So what are you waiting for? Amazon Prime an iPhone tripod and get to recording.