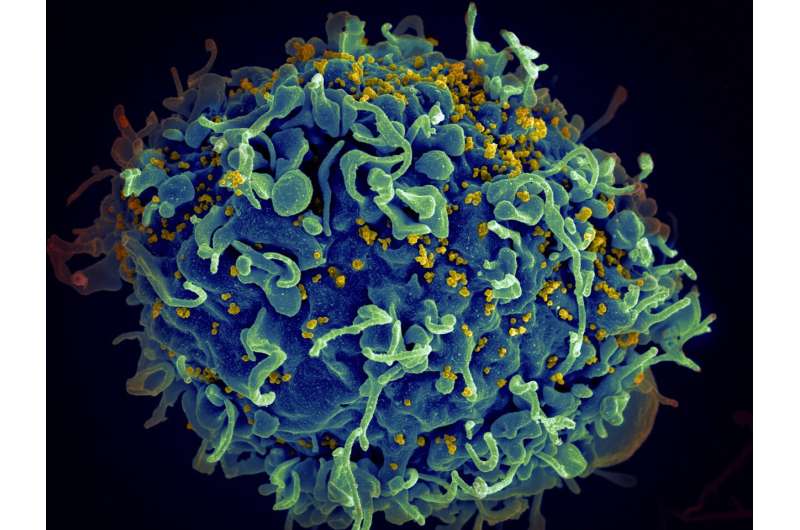 Antiretroviral therapy has had an enormous impact on treating HIV infections around the world. The millions of people currently taking these treatments under medical supervision can reasonably expect to reduce their viral loads to undetectable levels, eliminate the risk of transmission and live a normal life span. However, antiretroviral therapy is not without shortcomings. People need to take these medications regularly for life, and low compliance can lead to drug resistance.

There is a promising new option on the horizon. I am a researcher who studies AIDS treatments, and I believe that monoclonal antibodies could become game-changers for the treatment of HIV infections.

Antibodies are proteins that serve as major players in the immune system’s response to pathogens, which cause disease, and allergens, which cause allergic reactions. Antibodies recognize specific markers, or antigens, on a potentially harmful substance and help the body eliminate it.

Over the past few decades, researchers have been able to isolate individual antibodies specific to the individual pathogen or allergen they are meant to attack. With this advance, monoclonal antibodies made in the lab have become a major segment of the pharmaceutical industry. You can see numerous ads on TV or in magazines promoting monoclonal antibodies to treat osteoporosis, autoimmune disorders and various types of cancers.

Antibodies can also be used to treat viral infections, including COVID-19. But using antibodies gets more complicated with HIV, the virus that causes AIDS in people.

The immune system of an individual infected with HIV creates antibodies to neutralize the virus. However, because these antibodies can usually recognize only one particular strain, they are unable to neutralize other HIV strains circulating in the population. Furthermore, HIV can mutate within an infected individual and escape antibodies specific to the variant causing the original infection.

This ability to mutate and escape ongoing immune responses is a critical factor in the virus’s ability to continuously replicate, a hallmark of AIDS. It also makes it difficult to design an antibody treatment that can account for HIV’s enormous genetic variability.

The discovery of rare individuals who make anti-HIV antibodies that can be effective against up to 80% of circulating strains, however, has boosted prospects for antibody treatments for HIV.

All the monkey and human studies mentioned above required re-administering the broadly neutralizing antibodies every three weeks or so to maintain effective concentrations. This runs into the same problem antiretroviral therapies face in terms of requiring the individual to retake the drug frequently for life. But researchers have found a potential solution.

Using a small virus that doesn’t cause disease, called an adeno-associated virus, to deliver broadly neutralizing antibodies into the body can stimulate muscle cells to continually produce these antibodies. Because muscle cells have a prolonged life span and can last on average 10 to 16 years, they can be turned into factories that produce the antibodies essentially for life.

One study my colleagues and I conducted using adeno-associated virus found that one monkey was able to produce these antibodies for over six years after a single injection.

Another monkey that researchers dubbed the “The Miami Monkey” is considered functionally cured, meaning its viral loads have been at undetectable levels for prolonged periods even without continuous antiviral drug therapy. Two other monkeys have also been cured of their AIDS virus infections with this approach.