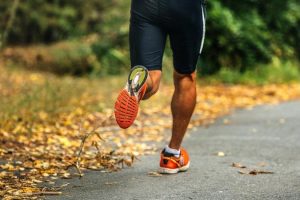 Men with female partners can continue making time for exercise even when work hours increase – but the same doesn’t apply for women, a study has found.

Research from The Australian National University showed that for a 10-hour increase in work, the proportion of women who were “physically active” fell by a larger amount than for men.

“This is one of the first studies to show how, hour for hour, women’s time for their health is being squeezed to manage their jobs and the family, whereas men’s time for jobs and health is more protected,” says author and ANU professor Lyndall Strazdins.

The study analysed data from heterosexual couples aged between 25 and 64 across 7000 households.

About 29 per cent of coupled women indicated they were “physically active”, engaging in at least three 30-minute sessions of moderate or intensive exercise a week. That percentage dropped to 23 per cent when their weekly workload was increased by 10 hours – a six percentage point drop.

Meanwhile, 34 per cent of coupled men indicated they were physically active, with the same 10-hour increase in work reducing the proportion to 32 per cent – a two percentage point drop.

Strazdins said that households usually aim to maximise income and care for kids. And because men often cut down on “family time” to compensate for longer work hours, women give up the activities that support their health.

“The family revolves around men’s jobs because it’s almost always the job that earns the most money.”

“The family revolves around men’s jobs because it’s almost always the job that earns the most money,” says Strazdins. And because activities like taking care of children – and to an extent, housework – aren’t able to be put off, women often pick up the additional unpaid work, on top of paid work.

While Strazdins is yet to test a large enough sample of same-sex couples to draw any conclusions, she says the results might be different for that group. “This is very much a heterosexual couple gender type dynamic that’s going on,” she says. “It would be interesting to find out how it would change if the genders were different.”

The findings are not surprising to Lyn Craig, a professor of sociology and social policy at the University of Melbourne, who says they reflect previous studies that found men’s leisure is not sacrificed to unpaid work and care as much as a mother’s is.

“[Men] might be going to the gym, as Strazdins suggested, [or] they could be going for drinks and networking after work, but their ability to keep for themselves some discretionary time rather than translating it straight into the home is quite hard to shift,” she says.

Strazdins says the findings point to a need to take gender inequality “much more seriously”. And on top of levelling out paid and unpaid work, she says there needs to be a cap on working hours.

“There is currently a global exercise drought, and this is pushing huge disease burdens from the cardiovascular to the cognitive,” says Strazdins. “We need to cap work hours on the job, and even the sharing of care hours in the home – for men and women to both have enough time for staying healthy.”

Despite Australia having a national standard working week of 38 hours, Strazdins says there are people working beyond it. “About a quarter of our workforce works past that [standard].”

On an individual level, Strazdins’s advice to men is to be courageous and reduce their work hours.

“I know it’s hard,” she says. “I know that men get penalised when they try and shift their time towards family away from work. [But] I would encourage men to take courageous steps to reduce their working hours and become more connected with their own families.”

As Strazdins points out, longer work hours and the sacrifices being made are “not just a cost to women’s health.” The World Health Organisation has stated that working more than 55 hours a week is a serious health hazard.

Make the most of your health, relationships, fitness and nutrition with our Live Well newsletter. Get it in your inbox every Monday.

Most Viewed in Lifestyle