Home » Health News » Lung cancer symptoms: The one major symptom you should not ignore

Lung cancer symptoms: The one major symptom you should not ignore 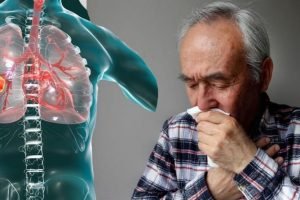 Lung cancer has many different symptoms to look out for and when you experience a major loss in appetite it could mean you might be at risk of lung cancer. The loss of appetite and unintentional weight loss experienced by people can affect one’s life negatively. In addition, these symptoms are associated with higher incidence of post-surgical complications, less effectiveness of chemotherapy and also increased side-effects after chemotherapy. Most people with cancer will lose weight at some point. Unexplained weight loss – weight loss of 10 pounds or more – more may be the first sign of cancer.

Cachexia is the medical term for the weakness felt due to ill health and malnutrition associated with weight loss.

It is a more advanced malnutrition and occurs due to the inability to ingest nutrients or the body’s inability to use those nutrients.

In more than 20 percent of cancer patients, cachexia is the primary cause of death. Cachexia can be caused by interference in the gastrointestinal tract, such as obstruction or malabsorption.

The NHS said: “Lung cancer doesn’t usually cause noticeable symptoms until its spread through the lungs or into other parts of the body.

“This means the outlook for the condition isn’t as good as many other types of cancer. Overall, about one in three people with the condition live for at least a year after they’re diagnosed and about 1 in 20 people live at least 10 years. 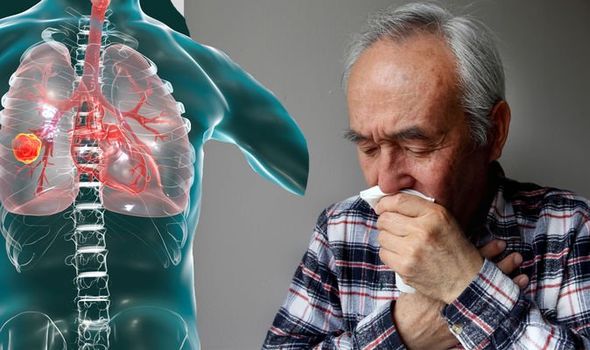 “However survival rates can vary widely, depending on how far the cancer has spread at the time of diagnosis. Early diagnosis can make a big difference.”

Other major symptoms to look out for: 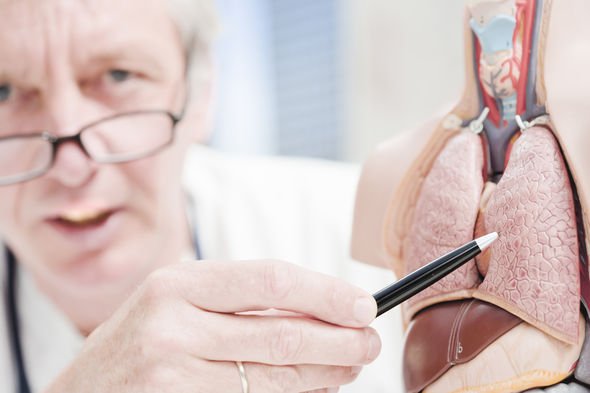 A persistent cough can be a symptom of a much less serious lung condition which could perhaps be asthma or a viral infection.

It is important to speak with your doctor however if you’ve had a cough for over three weeks or you’re worried about any other symptoms.

Your doctor will speak about your symptoms in more depth and may recommend a specialist if you’re younger and have never smoked.

Sometimes having a family member present might be easier and less stressful. As diagnosis of lung cancer is an extremely stressful situation, it is advisable to work with outside sources such as a counsellor, psychologist or even a social worker to get the help and support you need.