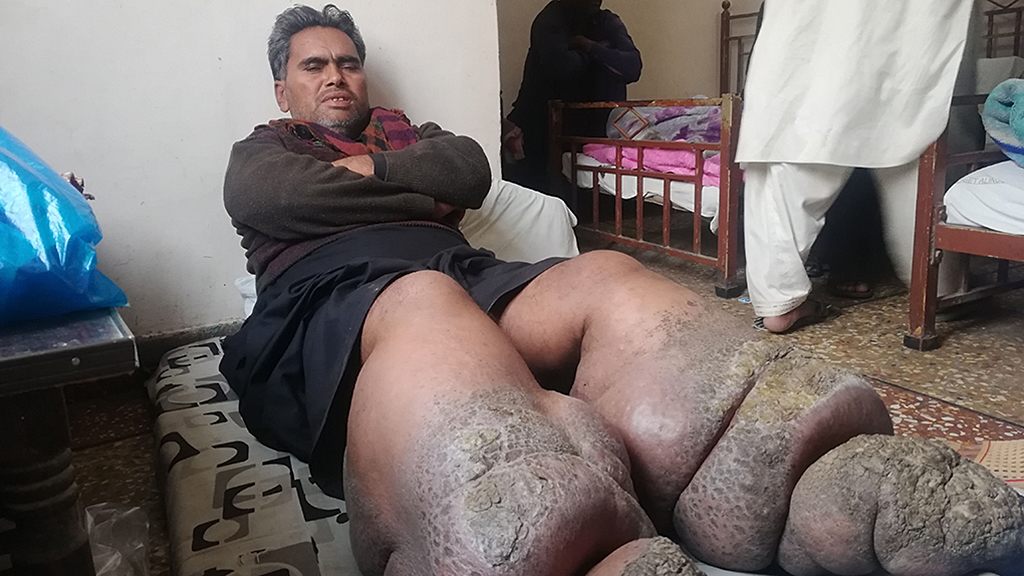 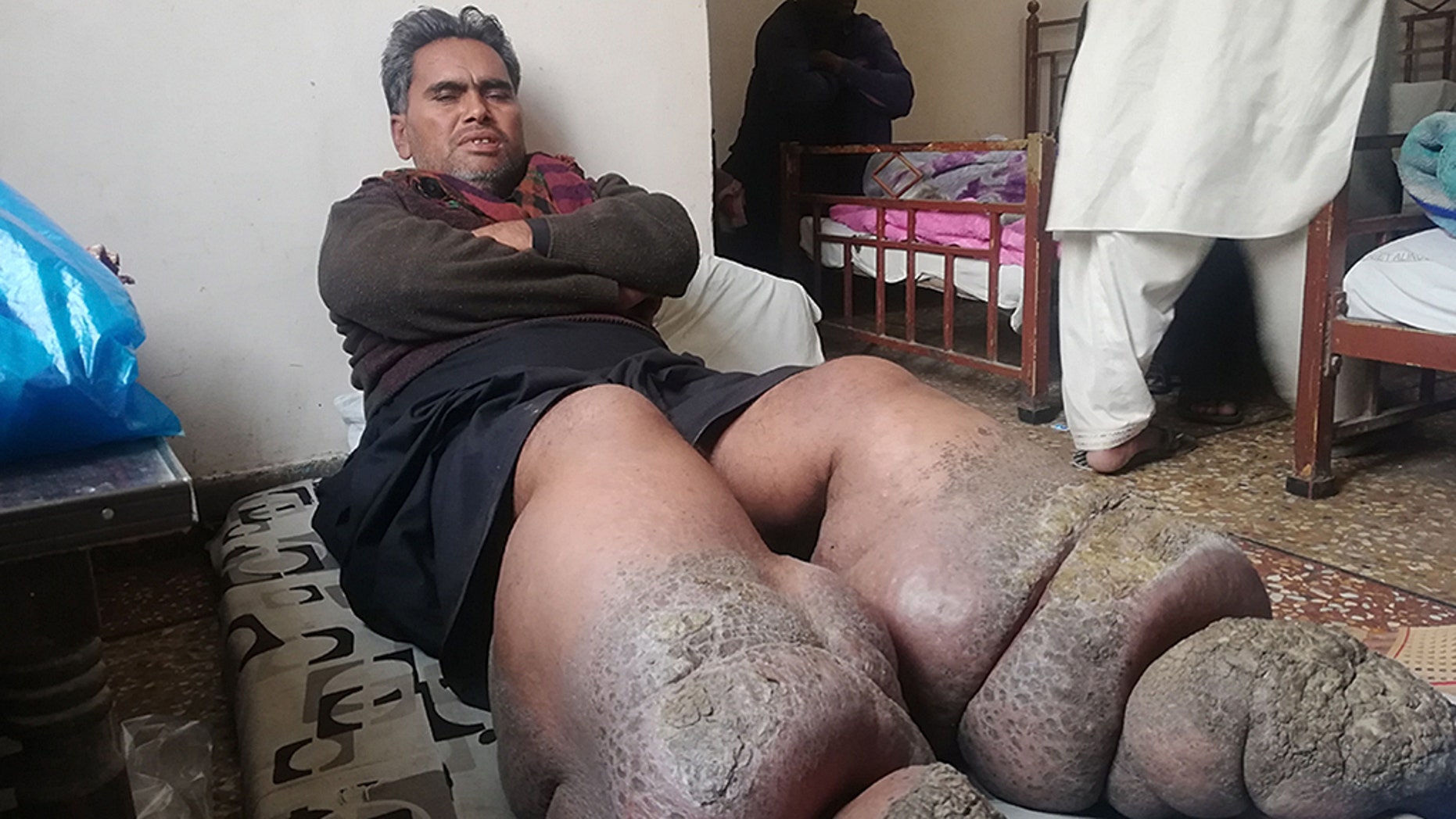 A Pakistani man is turning into stone after a rare condition has caused his legs to swell up more than twice the normal size.
(Caters News Agency)

A Pakistani man has been left bedridden after a painful infection has caused his legs to swell up to over 100 pounds. Shahid Hussain, 38, said it started about five years ago with a bug bite but he thought it would resolve itself over time, according to The Sun.

“I never imagined that my condition will be like this,” the father of five, who was reportedly diagnosed with elephantiasis, told the news outlet. “I will be literally paralyzed.”

Elephantiasis is caused by obstruction of the lymphatic system which results in massive swelling and gross enlargement. According to the World Health Organization (WHO), the infection occurs when filarial parasites are transmitted to humans through mosquitos.

HOW DOES A PERSON FREEZE TO DEATH?

Hussain said he has taken donations from family members, as his condition has made it impossible for him to work. The family claims several doctors have failed to help him.

“Doctors told us we should go to Pakistan Institute of Medical Sciences in Islamabad for surgery but we can’t afford the treatment there,” Fatima Hussain, the man’s wife, told The Sun. “We didn’t even have money to travel to Karachi, so how can we go to Islamabad which is a costly city and we won’t know anyone there who can help us? We are hopeful that people take notice of Shahid’s condition and come forward for our help.”

According to WHO, preventative chemotherapy can help stop the spread of the infection to the over 856 million people who remain at risk.

“We don’t understand what to do,” Fatima Hussain said.