Many women get unnecessary mammograms before breast reduction surgery 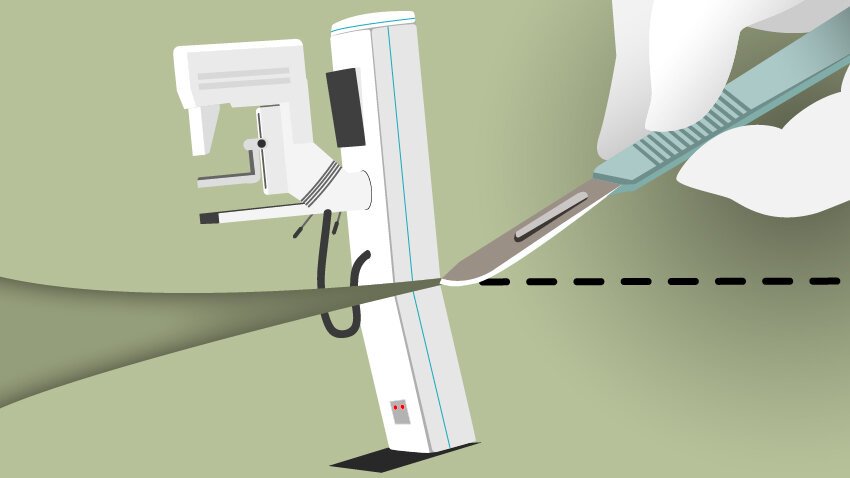 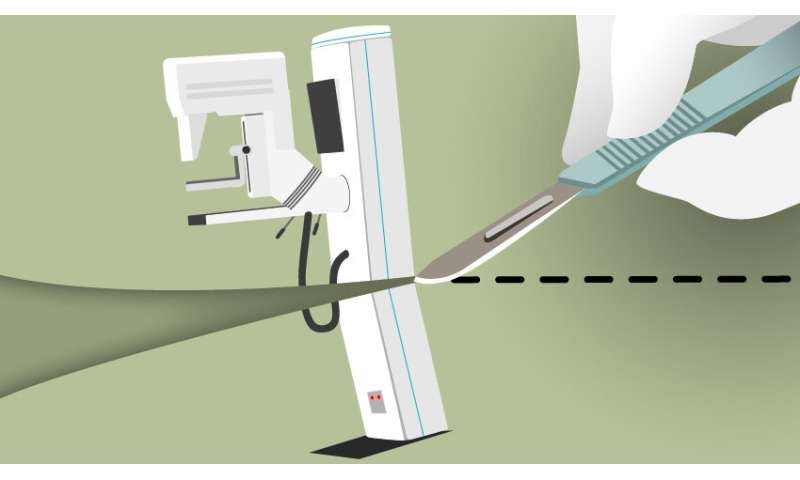 Each year, thousands of younger women with no known risk of breast cancer get mammograms before having breast reduction surgery.

Patients receive the exam, often at the suggestion of their doctors, when the best recommendation says to avoid routine mammograms before elective breast surgery unless a specific concern exists.

Although the pre-surgical screening has been a longtime practice among physicians, no professional society recommends routine screening until a woman turns 40.

Her new study published in JAMA Surgery found that nearly one-third of women younger than 40 underwent mammography before breast reduction surgery. Health services researchers culled the records of 52,486 women of all ages being evaluated for breast reduction between 2009 and 2015.

Few may realize the unnecessary screenings come at a price—and not just a monetary one that adds to the nation’s health care bill, Sears says.

“Altering screening mammography for patients younger than 40 years in the setting of evaluation for breast surgery has a risk for subsequent tests and invasive procedures,” says Sears, also an assistant professor of surgery at the University of Michigan.

Testing only when necessary

In recent years, medical organizations have asked their members to identify tests and procedures commonly used in their field whose necessity should be questioned and discussed.

The American Society of Plastic Surgeons is one of those groups. It stated in 2014 that women undergoing elective breast surgery should not have additional screening beyond existing guidelines unless there was a concern based on their medical history or a physical finding.

But it can be hard to help doctors stop doing something they have done for years.

The recent JAMA Surgery study showed 30 percent of women ages 30 to 39 had mammograms before breast reduction surgery, a rate five times higher than that of other women their age.

About 4 percent of women ages 29 and younger received mammograms as they considered breast reduction—compared with 0.2 percent of the population of millennial women.

The young women in this study probably wouldn’t have had the screenings otherwise.

The reason: None of them had a reported breast cancer risk.

When performing the analysis, researchers had excluded women whose medical records indicated a personal or family history of breast cancer, genetic predisposition or prior benign breast disease—although there’s a chance the risk existed but wasn’t noted in their records.

Reduction mammoplasty is done by removing breast tissue and skin to help a woman achieve a breast size that is in proportion to her body.

Breast reduction can also alleviate discomfort such as neck and back pain associated with overly large breasts.

Having a battery of medical tests before such surgeries may seem like a good idea. But there has been no conclusive study connecting breast size to a woman’s odds of developing breast cancer.

Beyond wasting time and money, the screenings can lead to unnecessary follow-up tests and treatments.

Among the women in their 30s who had mammograms before breast reduction surgery, 14 percent went on to have an MRI, ultrasonography or a biopsy in which breast tissue or fluid is removed for laboratory testing.

Cancer was found in only 0.5 percent of the women, the study showed.

That finding could help shift the conversation on both sides.