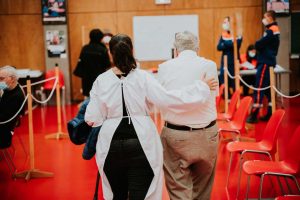 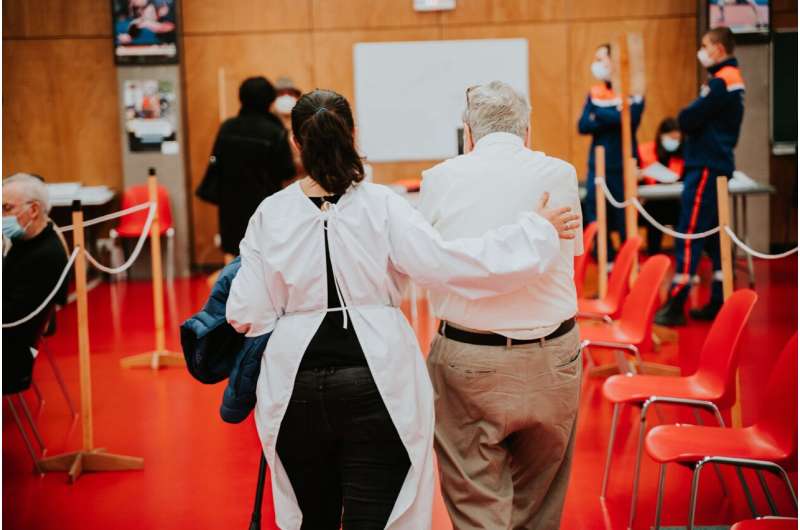 A large-scale French study suggesting symptoms of so-called long COVID may be more due to psychological factors than to infection with the virus has sparked debate among patients and scientists.

The report that appeared earlier this week in the Journal of the American Medical Association focused on nearly 27,000 participants across France who took antibody tests to screen for COVID infection.

After the subjects had received the antibody test results, researchers asked them whether they believed they had been infected with COVID and to report on symptoms like fatigue, breathlessness or impaired attention.

The vast majority of respondents—over 25,000 people—tested negative for COVID antibodies and believed they had never been sick.

Of the some 1,000 who tested positive, about 450 believed they had contracted the virus.

Finally, about 460 people who received negative antibody tests said they nonetheless believed they had had COVID.

Researchers found that people who believed they had had COVID, whether or not they had had a positive test, were more likely to report long-term symptoms.

A positive antibody test, meanwhile, was only consistently associated with one long-term symptom: loss of smell.

They concluded that persistent physical symptoms “may be associated more with the belief in having been infected with SARS-CoV-2 than with having laboratory-confirmed COVID-19 infection”.

The study coordinated by Cedric Lemogne, head of psychiatry at the Hotel-Dieu hospital in Paris, suggested the findings were important in order to allow research into other causes of the symptoms.

“A medical evaluation of these patients may be needed to prevent symptoms due to another disease being erroneously attributed to ‘long COVID’,” it said.

But for patients suffering from these symptoms, the analysis feels like an attempt to discredit them.

After the study was written up in French daily Le Monde, patient support group ApresJ20 alleged it could lead to stigmatisation of people with long COVID.

And some researchers have questioned the study’s methods.

Several reactions from experts published via the Science Media Centre point out that serology tests for antibodies cannot always reliably measure previous COVID infection—with one researcher saying it could be particularly unreliable for people feelings sick months after infection.

But long COVID is itself very poorly defined—and that makes research on the subject hard to frame.

“The case definition is bad,” said Perry Wilson of Yale University on the Medscape website. “We have zero diagnostic tests, and papers like this may be used to argue it isn’t even a real problem.”

Wilson said he knows from personal experience that people who get even mild COVID can experience serious symptoms for months afterwards.