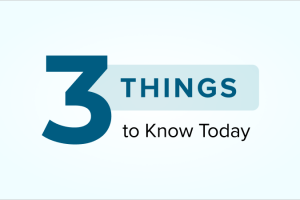 Are Mini Robots Coming to Your Hospital?

A small feat: The six-legged peekytoe crab is the world’s smallest robot, measuring half a millimeter wide. Controlled by a remote-controlled laser, the robot can bend, twist, walk, and jump.

Simple materials: The robot consists of a polymer, a shape-memory alloy, and glass.

Not ready for prime time: Surgical applications seem the most promising for the technology, although that is still far in the future. Current micro-robots are still in trial stages and will then go onto animal testing. If successful, it will then be studied in human clinical trials.

The number of Americans without health insurance dropped to 8% this year, beating the prior low of 9% in 2016.

American Rescue Plan Impact: The decline in the uninsured rate is largely owed to the $1.9 trillion American Rescue Plan, which lowered premiums and out-of-pocket costs for those who bought health insurance plans through Affordable Care Act related markets.

And yet: About 26 million Americans still don’t have health insurance, and about 2% of children are uninsured.

PCPs Stepping In for Care of Cancer Patients

Primary care physicians are picking up the slack to care for the growing number of cancer survivors amidst an oncologist shortage, new research finds.

Stepping up: Two thirds of cancer survivors who participated in the study said that they received maintenance care, including review of new or existing medical problems and medications taken, ordering of lab tests, and referrals from primary care physicians.

Healthcare is primarily primary: Of the 36,737 cancer survivors included in the study, 42% said that most of their healthcare came from family physicians, and 26% said general internists.

Growing population: There are more than 18 million cancer survivors in the United States, but oncologists remain in short supply.