Misophonia is more than just hating the sound of chewing 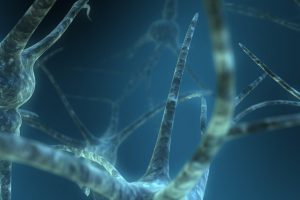 Researchers for the first time have identified the parts of the brain involved in a less-commonly studied trigger of misophonia, a condition associated with an extreme aversion to certain sounds.

The results, from Ohio State University scientists, suggest that one popular explanation of what causes misophonia may not be correct.

Individuals with misophonia, which afflicts up to 20% of people, feel anger, disgust and a desire to flee when they hear certain sounds.

Chewing and similar noises from the mouth are most often associated with the condition. A previous study published in The Journal of Neuroscience suggested that misophonia is caused by supersensitive connections between the brain’s auditory cortex and orofacial motor control areas—those related to the face and mouth.

But this new study published in Frontiers in Neuroscience is the first to examine what happens in the brain when people tapped their fingers repeatedly—another sound that can be a trigger for some people with misophonia.

“The story of what is happening in the brain in misophonia is incomplete if we only focus on what happens when people hear chewing and related sounds,” said Heather Hansen, lead author of the study and a doctoral student in psychology at Ohio State.

“We can’t say that misophonia is caused just by supersensitive brain connections with the orofacial motor cortex.”

The study involved 19 adults who had fMRI scans of their brains while they performed various tasks. All completed three questionnaires that measured their levels of misophonia. Based on these results, misophonia levels in the participants ranged from none to mild.

One task involved participants physically vocalizing various syllables. The fMRI results showed which regions in the brain were activated by speech production, which overlaps considerably with orofacial movement—and thus is connected to sounds like chewing.

Participants also tapped their fingers on their legs repeatedly in a separate part of the experiment to make another movement connected to misophonia.

In addition, participants were scanned in the MRI when they were not doing anything.

Results showed that when they were at rest, participants who scored higher for misophonia did show stronger connections between the auditory cortex and a motor control area—just as a previous study had shown.

But when participants were actually using their mouth to produce sounds, a different region of the brain was active—and this region showed no stronger connections in those high in misophonia when compared to those low in misophonia.

“These findings suggest that the supersensitive brain connections found in the earlier study can’t explain misophonia.”

The study found that in participants who scored higher on misophonia, there was a stronger connection between regions of the brain associated with finger movement and sensation and the insula area of the brain, which is linked to strong emotions, including disgust.

“There was no connection to the auditory cortex at all. The important connection was with the insula,” Hansen said.

That provides additional evidence that misophonia isn’t just about chewing and other mouth noises.

“We have actual evidence in the brain of people disliking sounds that aren’t just from the mouth and face. It is an important step forward in understanding misophonia,” she said.

Hansen said a lot more work needs to be done to understand what does cause misophonia and how it might be treated. But this study shows research needs to widen beyond an orofacial origin.