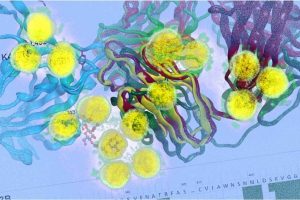 Researchers in Canada and the United States have identified a monoclonal antibody that potently neutralizes variants of severe acute respiratory syndrome coronavirus 2 (SARS-CoV-2) – the agent responsible for the ongoing coronavirus disease 2019 (COVIdD-19) pandemic.

“LY-CoV1404 is a potent SARS-CoV-2-binding antibody that neutralizes all known variants of concern,” says Bryan Barnhar from AbCellera Biologics Inc. in Vancouver and colleagues.

The researchers warn that new variant-resistant treatments are “desperately needed,” given that some existing therapeutic antibodies have shown reduced effectiveness against certain variants and that the effects these variants may have on vaccine efficacy are still poorly understood.

The team says the breadth of variant binding and potent neutralization activity observed for LY-CoV1404 supports its clinical development and rapid deployment to help combat current and emerging variants.

A pre-print version of the research paper is available on the bioRxiv* server, while the article undergoes peer review. 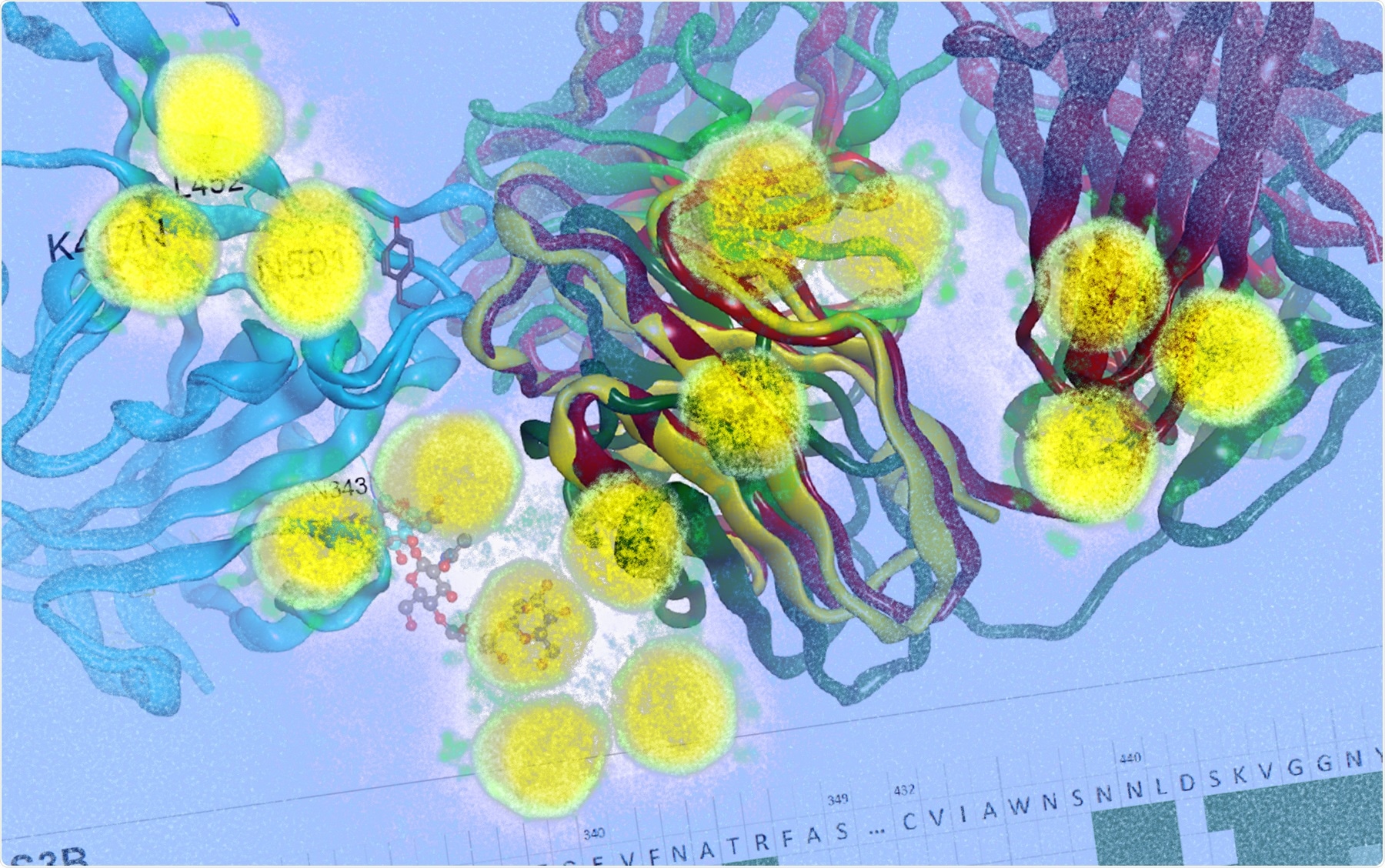 Emerging variants threaten to slow the pace and success of vaccination

Emerging SARS-CoV-2 variants could alter the trajectory of the COVID-19 pandemic due to their potential to evade the immunity elicited by vaccination and reduce the efficacy of antibody-based therapeutics.

Many studies have demonstrated the safety and efficacy of antibody-based treatments and their potential for alleviating the strain on economies and healthcare systems during the pandemic. These therapies can be made immediately available to vulnerable groups such as immunocompromised individuals and those older than 65 years.

However, for antibody therapies to remain effective, they must retain potent neutralizing activity against the mutation-carrying SARS-CoV-2 variants that continue to emerge.

“A high neutralization potency may also provide the opportunity to explore lower clinical doses and alternate routes of administration,” writes Barnhar and colleagues.

Multiple studies have consistently demonstrated that certain mutations in variants such as the B.1351 variant that emerged in South Africa and the P.1 lineage that arose in Brazil can reduce the binding affinity of antibodies that are currently being tested or have already been authorized for emergency use.

Antibodies that retain their binding and neutralization activity in the presence of these mutations would therefore be extremely valuable tools, says Barnhar and colleagues.

What did the researchers do?

The team performed high-throughput screening of peripheral blood mononuclear cells that were isolated from a COVID-19 convalescent donor approximately 60 days after symptom onset.

This screening identified an immunoglobulin G1 (IgG1) monoclonal antibody that targets the receptor-binding domain of the SARS-CoV-2 spike protein and blocks the binding of the spike to the host cell receptor angiotensin-converting enzyme 2 (ACE2). 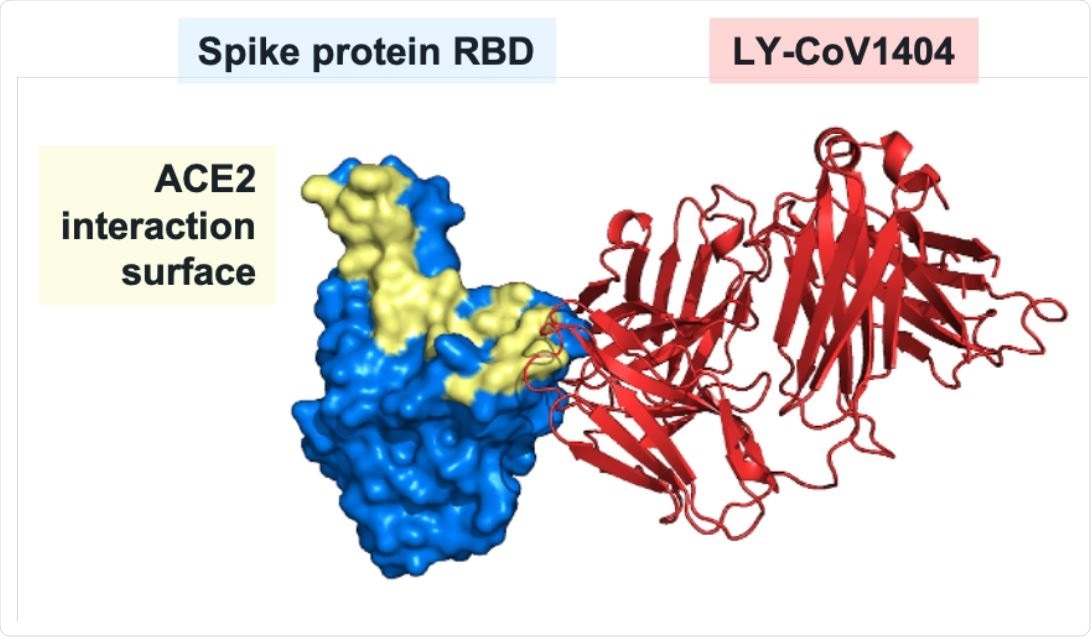 Structural analysis of LY-CoV1404 binding to RBD. Three-dimensional structure of the Fab portion of LY-CoV1404 bound to the spike protein receptor-binding domain.

The LY-CoV1404 epitope is highly conserved

Further analysis revealed that the RBD positions comprising the LY-CoV1404 epitope are highly conserved, with the exception of N439 and N501. However, the binding and neutralizing activity of the antibody was unaffected by the mutations that most commonly occur at these positions  (N439K and N501Y).

“LY-CoV1404 binds to an epitope that is distinct from the mutations identified to be widely circulating within the newly emerged variants, including those mutations that reduce the effectiveness of vaccines,” writes the team.

Furthermore, the antibody’s interaction with the spike protein was found to be driven by amino acids that are rarely mutated in the global GISAID (global initiative on sharing avian flu data) EpiCoV database, suggesting that LY-CoV1404 could provide a long-term solution for reducing severe COVID-19 and death.

The antibody is less likely to be affected by future mutations

The researchers say that LY-CoV1404 is not only likely to be highly effective against current variants but is less likely to be affected by future mutations due to the low level of changes observed to date in its binding epitope.

“The unique binding epitope of LY-CoV1404, together with the low frequency of mutations observed within this epitope, indicate that this antibody could provide a highly effective solution to the spread of known variants and may provide a potent treatment against current VOCs and emerging variants as a critical, complementary approach to vaccination,” concludes Barnhar and colleagues.

Sally first developed an interest in medical communications when she took on the role of Journal Development Editor for BioMed Central (BMC), after having graduated with a degree in biomedical science from Greenwich University.