Home » Health News » My husband’s depression nearly took him from us, here is what I learned

My husband’s depression nearly took him from us, here is what I learned 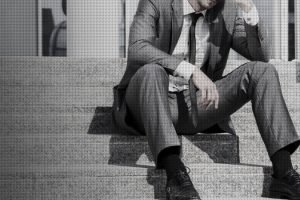 At Christmas last year, my husband waited until I was asleep, snuck past the bedroom of our little boy who was tucked up with his presents from Santa, and walked quietly out the front door.

He went to our local park, where he had left a rope. Under the starlight, he swung the rope over a branch, put it around his neck and jumped. Only fate saved him; the tree branch broke and he fell to the ground. 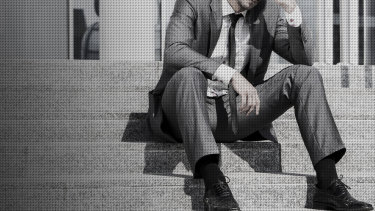 My husband’s life was only saved when the tree branch upon which he attempted to end his life snapped.

He later told me the walk home was far worse than the walk to the park.

I was woken an hour or so later when he crawled into bed unable to talk because of the damage to his neck and vocal cords. When I turned on the light and I saw the horrific bruising to his neck, I understood instantly what had happened.

Life as I knew it was over.

Depression is an illness that doesn’t only affect the person who has it, it also affects everyone else in the home.

As a partner, I know depression can creep into your home so slowly that you don’t even notice it before it is, at least in our case, all-consuming.

During the intervening months, after the extent of his intense bout of illness became apparent and its impacts were felt, friends have often told me “you could leave”.

But, if my husband had cancer, no-one would ever tell me to walk out on him. I always held out hope that he would come out the other side of this dark time. I had – and have – no plan to leave the marriage. But I do have advice I hope will help others with partners in the grips of this common illness.

First, when you are at your own breaking point, take a break.  When I hit these crises points, I would take myself off to a hotel for a night on my own. I would turn the phone off, have a long bath, go for a walk, watch a chick flick, and eat my favourite food.

When I went home after these mini breaks, I felt restored with energy, ready to take on the depression and the darkness which would often be waiting for me in my home.

After my husband's suicide attempt, I saw a doctor who referred me to a psychologist to support my own mental health; a huge help. Depression is often a reason marriages end; being married to someone with depression is hard.

The psychologist told me to keep making sure I exercised, listened to music, had dates with my friends, and did things I love.

He told me: you are not your husband’s personal trainer, dietitian, councillor, life coach, doctor or psychologist. Leave those jobs to the professionals.

He gave me permission to put myself first. If I am not fit and healthy there is no-one there for my son or husband. And he advised me that you can’t force your partner to get help. But, when they don’t have the strength, you need to advocate for them.

As a partner, don’t be afraid to be pushy, ask for help for the depressed person, push for help, and then step back.

I had been trying to get my husband to seek medical help on several occasions. After he had tried to kill himself I had literally no idea where to go. Do I ring an ambulance?  Do I take him to the hospital?

I googled and could not find any information. It was Boxing Day morning and I ended up ringing a friend who was married to a counsellor.

They gave me the number of a mental health crisis team, who told me they didn’t think he was in immediate danger, so they wouldn’t admit him to hospital. I was told to make an appointment with a doctor who would then refer him on to a psychologist.

After many calls – including 12 to psychologists, all away over the Christmas period – I got onto a wellness centre via an after-hours phone number, and a psychologist returned my call from her holiday.

I am sure she could hear my desperation. She spent an hour on the phone with me, giving me tips on what to do immediately, and came in on her Christmas holiday break a few days later to make time to see my husband. I will be forever grateful for her showing up and being there for him.

I still have no idea what people do if they have depression and they are on their own. There is no way my husband would have had the ability to pick the phone up and call the help he needed.

So, don’t be afraid to be pushy: ask for help for the depressed person, push for help, and then step back.

My husband never wanted me to tell anyone how unwell he was. But I knew for my own sanity I needed to tell my tribe; I needed people in my corner.

They never judged my husband or my marriage, and I love them for that.

So I told a few select family and friends the good, the bad, and the ugly of what we were going through. I have always been blessed with great, loyal and honest family and friendships and these people helped save my life over this dark period.

They listened, they gave good advice, they listened some more and they always checked in on me. They would make the effort for lunch or a movie – they gave me unconditional love.

They never judged my husband or my marriage, and I love them for that. 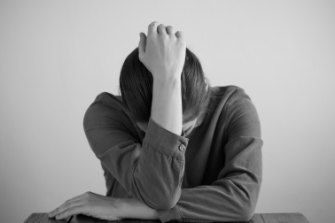 My advice to those with a partner suffering severe depression is get help yourself, talk to friends and your boss.

I would advise people with severely depressed partners to talk to their boss about what they are going through. I was very honest with my boss about what had been going on in my home.

I was very lucky that I had a kind, generous and passionate leader, who understood when I worked from home on the days my husband was having a bad day.

After that fateful Christmas night, I rang my boss to tell her what had happened and we both cried. She told me to take as much time off as I needed (paid). I will be forever grateful to my boss and my team during this period in my life. They helped to save me.

On my first day back in the office after a month’s break there were many tears. So many of my workmates came past my desk to make sure I was OK, to give me a hug, and to tell me their own stories. Depression and suicide affect more people than we ever really know.

My advice is to ensure you always have your own money and get across all the details of your family finances. If you are having financial challenges at the same time as dealing with the impact in your home of depression, don’t be scared to pick the phone up and speak to the bank who you have your mortgage or car loan with, or the organisations who you have your power, gas or phone with. You would be amazed at the leverage they can give you to help you when you need it.

Fifteen months later, my husband still has his bad days – but they are now rare. If I say or do something which is greeted with a response driven by depression, or an unreasonable argument, knowing what I know, I refuse to engage with it. I walk away, I move to another room or go for a walk.

It is amazing how much control of your own happiness you can take back when you refuse to have a conversation about something that could be destructive. For those of us going through this, the more we talk to each other, the more we share together, the healthier we all will be.