My leukemia was picked up during a random blood test 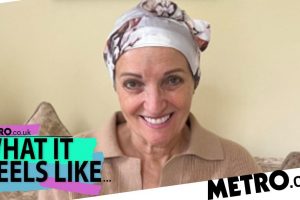 Last October, I decided to get my mum a health and wellbeing MOT. She’s 85 and I wanted to check that everything was as it should be.

It was just a precautionary measure and I decided that I would have one done at the same time.

I’d been feeling tired for a couple of months prior to this and thought there would be no harm in checking if I might be deficient in something. I didn’t know at the time that those tests would save my life.

We got the results back shortly after.

My mum’s were all fine. Mine, however, came back showing that my iron levels were off and my white blood cell count was low.

We both just thought I had a bad case of anaemia! I was then sent to see a hematologist who did some extra tests. I was told that I’d get the results in a couple of weeks.

When my phone ran at 8am the next morning, I knew something was wrong.

The consultant told me that I had acute lymphoblastic leukemia, and that I needed to be seen straight away. He was amazed I hadn’t had any major symptoms as it was so acute.

I was in hospital for my first session of chemotherapy two days later. It lasted for a month and I had my own room since I couldn’t be near anyone as I was so at risk for infections.

I felt terrified; it had all happened so fast. I was only 61 and, other than being tired of late, I was in good health. I’ve got two daughters, aged 25 and 26, who were both completely blindsided by this news.

They both live in London but after my diagnosis, they came back to Norfolk, where I live, to help look after me. 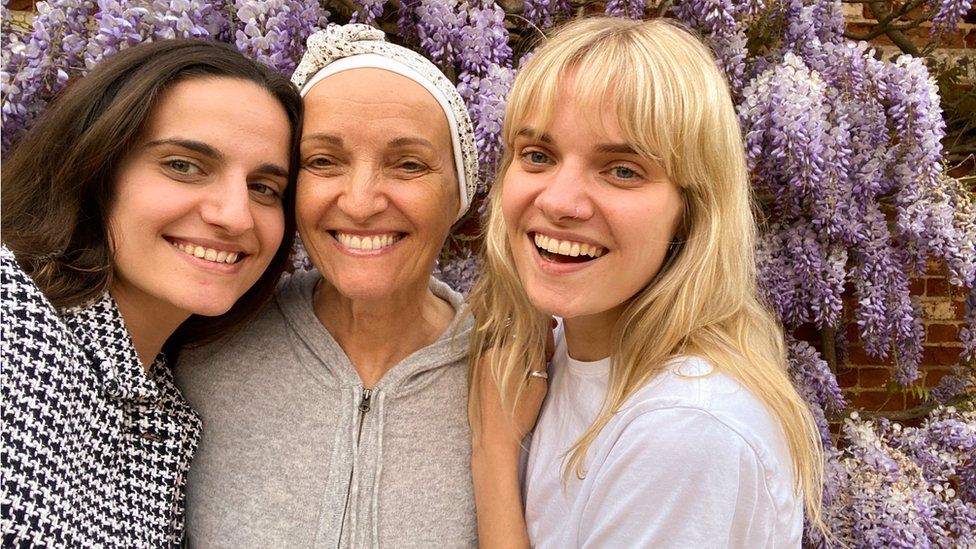 The chemo was hard and I felt awful. My daughters were an amazing support, bringing me supplies to hospital throughout the process – for some reason, all I wanted was Hula Hoops!

I lost my hair going through chemo, which was really tough – although, this was the least of my worries and all I cared about was getting into remission.

After finishing, I was on an IV drip for antiviral and antifungal medicine for a few weeks over Christmas – so that I didn’t catch any infections, as my immune system had been completely wiped out by the chemo.

Then in January, I had to go back for more chemo, three times a week. I was so, so sick this time around. I was in a daze. I didn’t know what to expect. Physically I was OK, I just hated the constant barrage of blood tests and chemo.

I was pretty fit at that point and physically kept up exercising while in hospital. But mentally, it got much more difficult as I started to realise that blood cancer isn’t a quick fix. It’s a very slow fix and is in stages.

Firstly, you need to get into remission. Secondly, a donor needs to be found. Thirdly, you undergo a stem cell transplant – which there’s no guarantee will work work.

If it does work, it can be a two year recovery period. For at least six months post-transplant, that means not seeing many people at all.

If left undetected my type of leukaemia can kill you within four to five months. All I was told was that the consultants were fighting for my life, as hard as they could.

Shortly after this initial round of chemo, I found out that I was in full remission.

However, the thing with leukemia is that it can come back. And so, I was told that I needed a stem cell transplant to help stimulate new bone marrow growth and restore the immune system.

Without this, I was at real risk of a leukemia relapse.

I feel so grateful that a stranger is willing to go through this process, to save my life

I live in Norfolk but I’ve opted to be treated at a hospital in London. As my daughters both live there, it means they can have a more normal life again, while still getting to visit me.

But one thing that I hadn’t accounted for was that, being half Lebanese, it would be difficult for me.

Because I’m of mixed heritage, I found out that it was unlikely I would find a suitable match: The prospects of finding a compatible donor if you’re a white European are over 70% while if you’re of mixed ethnicity, the chances are currently almost half that, at 37%.

There is a real disparity between white and non-white patients – but what most people don’t know is that signing up for stem cell donation is surprisingly easy. All it takes in the first instance is a cheek swab.

I would urge anyone reading this to sign up to the register – especially if you’re from a diverse background. You might just save someone’s life.

The London hospital got in touch with Anthony Nolan, an incredible charity that helps patients in need find someone willing to donate their stem cells.

They then set to work searching various stem cell registers to try and find a match – but it can be hard to find as there are lots of criteria to be tested, to make sure that your body will accept the stem cells.

If you have any brothers and sisters, they will first be tested to see if they’re a match. And if you’re receiving stem cells donated from someone else (be it a relative, unrelated donor or cord blood) then doctors need to find a donor whose tissue type matches yours.

Anthony Nolan maintains a register of willing volunteers who are ready to donate their stem cells to someone in need of a transplant. The charity helps search for a matching donor, perform the appropriate tests and co-ordinate the stem cells arriving at hospital.

With my background, I was incredibly worried I wouldn’t be able to find a match.

But I’ve just found out that I’ve been lucky enough to find a suitable donor. I’m not allowed to know anything about them, even where they are in the world. But I feel so grateful that a stranger is willing to go through this process, to save my life.

But there are many others who haven’t been as fortunate yet. For example, I’m aware of one woman who is half Caribbean and half Chinese – that’s a very tricky match as patients in need of a stem cell transplant are far more likely to match with donors of a similar ethnicity.

This is because HLA markers used in matching are inherited and some ethnic groups have more complex tissue types than others.

For now, I’m on maintenance and chemo drugs as I await my transplant.

If all goes well, my donor will have to go into hospital for four hours, where they’ll have blood taken from them, from around the bone marrow. After this has been cleansed (after the red blood cells have been taken out, it apparently looks like wee…!), it will be frozen until I am ready for it.

If the transplant is successful, this new blood will start producing new blood cells and all my old blood cells will be completely gone – meaning that the leukemia will be gone and won’t come back.

I’m on schedule to get the transplant in mid June. For one week before the transplant, I have to undergo another bout of chemo, to make sure that my body has no immunity in it – if my immune system was operating normally, there’s a chance it could attack the new cells – which is the worst thing that could possibly happen.

After the transplant, I’ll be in hospital for four to six weeks. If the blood is going to be rejected, I will find out within 100 days – the three months after are so critical.

I know I should feel euphoric because I’ve got a donor but the next part is going to be the hardest part: It’s life and death.

Either the transplant is a success, in which case I will be clear of leukaemia (they will only give the all clear after five years like most cancers), or it isn’t a success and I’ll find out that my body won’t accept the donor’s blood cells.

Apparently in this country you can go for a second transplant on the NHS, which is amazing. But I can’t even think about that just now.

My life has changed irrevocably since my diagnosis, which is a very difficult fact for anyone to deal with. The way I’ve tried to deal with it is through meditation. But once I get to transplant I’m going to ask to speak to a counsellor to help me through it.

I feel anxious and scared, although I’m doing what I can to keep my spirits and energy levels up.

Even if the transplant goes well, I’ll have a long two years to full recovery. I just want to get through this and lead a normal life again, although it will be very different to the one I lived before.

Before my diagnosis, I was always busy and always seemed to be rushing around, doing various work for charity, and taking part on different committees. But after this brush with death, I’ve had time to reassess things and, when I’m better, I think I’ll live a quieter, more peaceful life – with less pressure to be busy all the time.

But I’ll be forever grateful that I was matched with a donor. To anyone reading this (especially diverse people and men) please go and get a cheek swab done and add yourself to the stem cell register – it could save a life like mine.

As told to Siobhan Smith.

In this exciting new series from Metro.co.uk, What It Feels Like… not only shares one person’s moving story, but also the details and emotions entwined within it, to allow readers a true insight into their life changing experience.