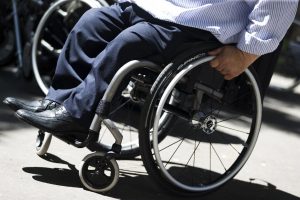 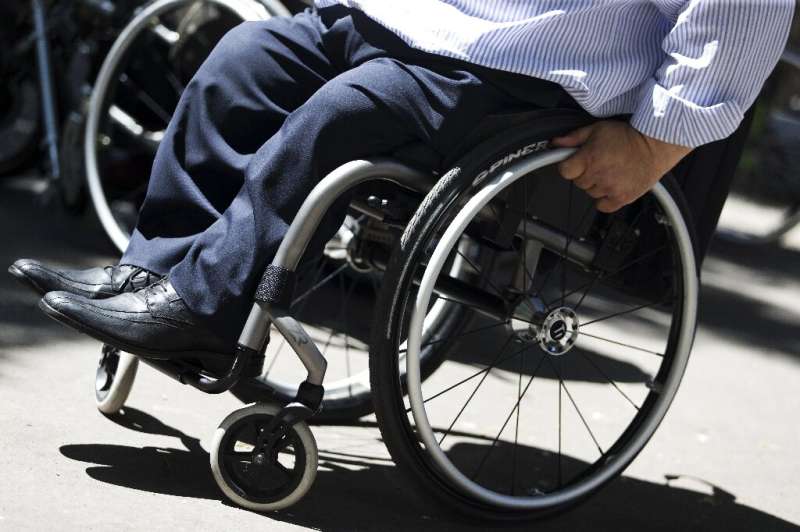 People with advanced Parkinson’s disease often struggle to walk more than a few steps or sleep through the night, but new research offers hope of relief from these two debilitating symptoms.

Suffered by millions worldwide, the degenerative disease erodes motor functions and in its later stages often confines patients to a bed or wheelchair.

This is due to a condition called orthostatic hypotension, which occurs when a person stands up and their blood pressure drops, causing dizziness and even fainting after a couple of steps.

For Parkinson’s sufferers, it happens because a regulator in the brain—which normally ensures sufficient blood flows to the brain when we stand up—has been disrupted.

But new French research published in the New England Journal of Medicine last week found that a spinal cord implant could help advanced Parkinson’s patients get back on their feet.

Earlier this year, neurosurgeon Jocelyne Bloch and Gregoire Courtine revealed that such an implant had enabled three paralyzed people to walk again.

Both were also involved in the latest research, which tested a similar implant on a 48-year-old woman.

While the woman did not have Parkinson’s, she had such similar symptoms—including orthostatic hypotension—that she was initially diagnosed with the disease.

For paralyzed people, the spinal cord implant mimics how the brain sends electrical pulses to muscles, reconnecting a severed link.

But for orthostatic hypotension, it stimulates the regulator in the brain that senses the need to send more blood when people stand upright.

Before receiving the implant, the woman would faint after a taking a few of steps.

Three months after the surgery, she was able to walk more than 250 meters (820 feet) with the help of a walking frame, the study said. 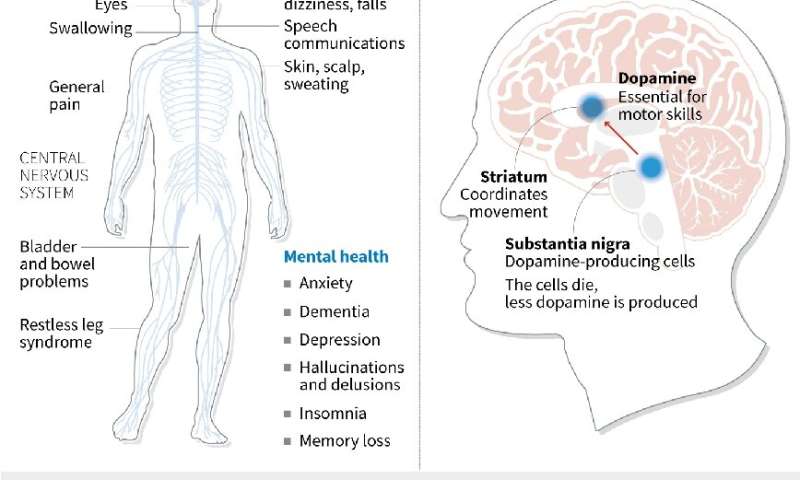 “She is not cured, she would not run a marathon, but this surgery has clearly improved her quality of life,” Bloch told AFP.

However it is a single case and further research is needed, particularly involving Parkinson’s patients.

It is not yet certain that the form of orthostatic hypotension seen in Parkinson’s patients can be fixed solely by stimulating the regulator the implant targets.

Insomnia is another common scourge of the 10 million Parkinson’s sufferers globally, more than three quarters of whom have sleep-related symptoms, according to the Parkinson’s Foundation.

Sleep can be affected by uncontrolled shaking which wakes patients up, while another factor is a lack of a dopamine, common in people with Parkinson’s.

The medication apomorphine is normally used to replace dopamine, lessening symptoms such as shaking and stiffness.

But when taken orally, the drug can cause dopamine to spike and then drop, leading to muscle spasms.

A device similar to an insulin pump that delivers continuous apomorphine throughout the night could solve the problem, according to a study published in the journal Lancet Neurology on Thursday.

Co-author Emmanuel Flamand-Roze led previous research indicating that such a pump would help with Parkinson’s, but the new study looked at how it helped with sleep.

The randomized study found that those using the pump had “significantly improved” sleep compared to those who received a placebo.

Flamand-Roze told AFP that “the constraints linked to wearing a small pump” are much lower during the night, compared to carrying such a device around all day.