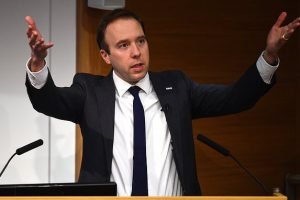 Supermarket chain Tesco has more advanced technology than the NHS, the Health Secretary has said.

Matt Hancock said it is essential that the health service embraces new technology to deliver better performance and help save lives.

Speaking at the launch of a major report on preparing the health workforce for a digital future, he called for improvements in the way patient data is shared and used. 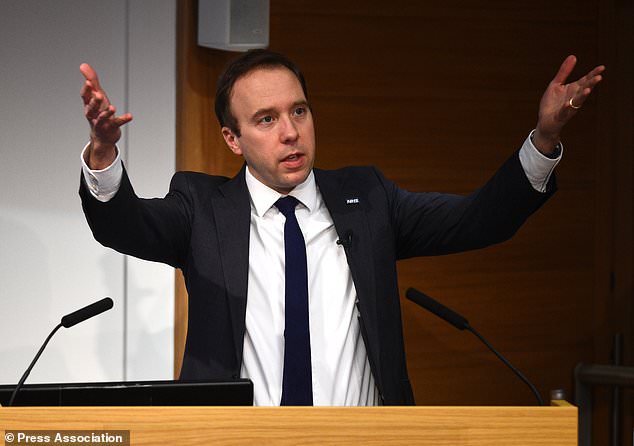 ‘Right now, Tesco has a more sophisticated and more efficient technological system than the NHS,’ he said.

‘They know who you are through loyalty cards, where you shop, through store IDs, what you buy, the items scanned at the checkout.

‘That wealth of information means they run their operations with just-in-time deliveries, and they shape their offers with a personalised service in order to deliver for you, the customer.’

‘And they are delivering groceries,’ he added. ‘The NHS doesn’t have anything like that yet.’

In contrast, he said, the NHS does not know which hospitals patients have visited or which medicines they have been given in the past.

‘We don’t even know what we already know,’ Mr Hancock said. ‘And if Tesco can do this with groceries, by God we need to do it for the life-saving operations of the NHS.’

The independent review into the pending technological health revolution, led by US academic Eric Topol, was launched this week.

It comes just two months after an official review warned that England’s breast cancer screening programme is running on ‘ageing’ and ‘risky’ IT systems.

Last December, faulty NHS computers and a ‘lack of clarity’ among staff were blamed for 450,000 women not being invited back for their final breast cancer screening appointment.

The error dated back to 2009, meaning huge numbers of patients were at risk.

Those who were still alive were invited for urgent screening appointments to make up for that which they were never invited to. Mr Hunt admitted between 135 and 270 of them developed breast cancer that shortened their lives.

HOW DID THE 2017 WANNACRY CYBER ATTACK CRIPPLE THE NHS?

More than a third of hospital trusts had their systems crippled in the WannaCry ransomware attack last May.

Nearly 20,000 hospital appointments were cancelled because the NHS failed to provide basic security against cyber attackers.

NHS officials said 47 trusts had been affected – but the National Audit Office (NAO) found that the impact was far greater, and in fact 81 were hit by the attack.

When the attack came on May 12 it ripped through the out-of-date defences used by the NHS.

The virus spread via email, locking staff out of their computers and demanding £230 to release the files on each employee account.

Hospital staff reported seeing computers go down ‘one by one’ as the attack took hold. Doctors and nurses were locked out, meaning they had to rely on pen and paper, and crucial equipment such as MRI machines were also disabled by the attack.

The report reveals nearly 19,500 medical appointments were cancelled, including 139 potential cancer referrals. Five hospitals had to divert ambulances away at the peak of the crisis.

Hospitals were found to have been running out-of-date computer systems, such as Windows XP and Windows 7 – that had not been updated to secure them against such attacks. Computers at almost 600 GP surgeries were also victims.

NAO said the cyber-attack could have easily been prevented. Officials were warned repeatedly about the WannaCry virus before the attack, with ‘critical alerts’ sent out in March and April.

Computer systems in 150 countries were caught up in the attack, which saw screens freeze with a warning they would not be unlocked unless a ransom was paid.

The Department of Health said that from next January hospitals will be subject to unannounced inspections of IT security.