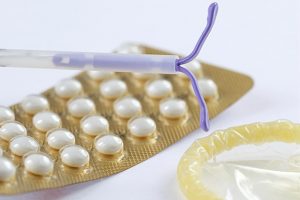 Women have many choices for birth control, ranging from pills to patches to intrauterine devices, and partly as a result, they bear most of the burden of preventing pregnancy. But men's birth control options -; and, therefore, responsibilities -; could soon be expanding. Today, scientists report a non-hormonal male contraceptive that effectively prevents pregnancy in mice, without obvious side effects.

The researchers will present their results today at the spring meeting of the American Chemical Society (ACS). ACS Spring 2022 is a hybrid meeting being held virtually and in-person March 20-24, with on-demand access available March 21-April 8. The meeting features more than 12,000 presentations on a wide range of science topics.

Currently, men have only two effective options for birth control: male condoms and vasectomy. However, condoms are single-use only and prone to failure. In contrast, vasectomy -; a surgical procedure -; is considered a permanent form of male sterilization. Although vasectomies can sometimes be reversed, the reversal surgery is expensive and not always successful. Therefore, men need an effective, long-lasting but reversible contraceptive, similar to the birth control pill for women.

"Scientists have been trying for decades to develop an effective male oral contraceptive, but there are still no approved pills on the market," says Md Abdullah Al Noman, who is presenting the work at the meeting. Most compounds currently undergoing clinical trials target the male sex hormone testosterone, which could lead to side effects such as weight gain, depression and increased low-density lipoprotein (known as LDL) cholesterol levels.

We wanted to develop a non-hormonal male contraceptive to avoid these side effects."

Noman is a graduate student in the lab of Gunda Georg, Ph.D., at the University of Minnesota.

To develop their non-hormonal male contraceptive, the researchers targeted a protein called the retinoic acid receptor alpha (RAR-α). This protein is one of a family of three nuclear receptors that bind retinoic acid, a form of vitamin A that plays important roles in cell growth, differentiation (including sperm formation) and embryonic development. Knocking out the RAR-α gene in male mice makes them sterile, without any obvious side effects. Other scientists have developed an oral compound that inhibits all three members of the RAR family (RAR-α, -β and -γ) and causes reversible sterility in male mice, but Georg's team and their reproductive biology collaborators wanted to find a drug that was specific for RAR-α and therefore less likely to cause side effects.

So the researchers closely examined crystal structures of RAR-α, -β and -γ bound to retinoic acid, identifying structural differences in the ways the three receptors bind to their common ligand. With this information, they designed and synthesized approximately 100 compounds and evaluated their ability to selectively inhibit RAR-α in cells. They identified a compound, which was named YCT529, that inhibited RAR-α almost 500 times more potently than it did RAR-β and -γ. When given orally to male mice for 4 weeks, YCT529 dramatically reduced sperm counts and was 99% effective in preventing pregnancy, without any observable side effects. The mice could father pups again 4-6 weeks after they stopped receiving the compound.

According to Georg, YCT529 will begin testing in human clinical trials in the third or fourth quarter of 2022. "Because it can be difficult to predict if a compound that looks good in animal studies will also pan out in human trials, we're currently exploring other compounds, as well," she says. To identify these next-generation compounds, the researchers are both modifying the existing compound and testing new structural scaffolds. They hope that their efforts will finally bring the elusive oral male contraceptive to fruition.