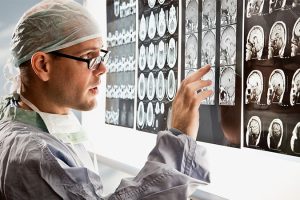 Pooled analysis of the phase 3 ULTIMATE I and II trials, including more than 1000 total patients with RMS, showed significant improvements on several measures of disability progression for those receiving ublituximab vs those receiving teriflunomide (Aubagio).

“These improvements in disease progression add to the story of higher efficacy therapies helping to stabilize patients with MS, with ublituximab showing some of the best ability to do this with a convenient dosing schedule of a 1 hour infusion every 6 months,” co-investigator Enrique Alvarez, MD, PhD, an adult neuroimmunologist at the Rocky Mountain Multiple Sclerosis Center at the University of Colorado, in Aurora, CO, told Medscape Medical News.

Ultimate I and II

In the dual phase 3 ULTIMATE I and II studies, ublituximab met the primary endpoint,  showing significant reductions over 96 weeks in annualized relapse rates vs teriflunomide in patients with RMS (P < .005 in each trial).

However, the individual studies did not meet the secondary endpoint of 12-week confirmed disability progression.

To further evaluate those effects, the researchers conducted a pooled analysis of the ULTIMATE I (n = 549) and II (n = 545) trials.

In each trial, patients received either intravenous 1-hour infusions of ublituximab 450 mg every 6 months, after initial infusions of 150 mg on day 1 and a 450 mg infusion on day 15, or treatment with teriflunomide 14 mg oral once daily for 96 weeks.

Among participants who had confirmed disability progression at 12 weeks, the mean change from baseline in Expanded Disability Status Scale (EDSS) score was statistically lower for ublituximab vs teriflunomide at Week 84 (0.8 vs 1.2, respectively; P = .047) and at Week 96 (0.9 vs 1.4; P = .022).

The proportion of patients with disability progression, either confirmed or unconfirmed at 12 weeks, over the 96-week study period was 15.3% with ublituximab (n = 83) vs 25.3% with teriflunomide (n = 138).

The amount of time to confirmed or unconfirmed disability progression was also significantly longer for the ublituximab group (hazard ratio, 0.586; P = .0001).

The AUC differences are important because they may better represent changes in disability amid fluctuations over the disease course of MS, Alvarez noted.

He added that, although improvements in disease progression have not been evaluated in specific subgroups, previous data show similar rates in treatment-naive patients vs those on prior disease-modifying therapy, and among those who were within 3 years or longer since receiving their MS diagnosis.

The likely reason for the lack of a significant reduction in disease progression in the original trials was simply that too few patients progressed, said Alvarez.

“There were very few patients who had disease progression throughout the study, so it became a power issue to be able to see a difference,” he said.

“The pooled analysis using the area under the curve allowed the evaluation of more patients whose disability level changed, allowing us to see differences between ublituximab and teriflunomide,” he added.

Alvarez reported that an extension study is ongoing and “will continue to assess changes in disability progression over longer periods of time.”

Meanwhile, TG Therapeutics announced last week that a review of the drug by the US Food and Drug Administration (FDA) has been extended for 3 months from the previously scheduled late-September date to an expected date of December 28 in order to allow time to review a company response to an information request.

While TG Therapeutics CEO Michael S. Weiss expressed “disappointment” with the extension, he said in a company press release that “we do not believe this will impact our overall launch plans for ublituximab in RMS.”

Alvarez noted that the action is not unusual. “A similar extension occurred with the other approval of the other two B-cell depleting therapies in MS: ofatumumab [Kesimpta] and ocrelizumab [Ocrevus],” he said.

“Many of the other new MS therapies have also had this extension,” he added.

If approved, ublituximab would represent the third drug anti-CD20 drug with FDA approval for relapsing MS, along with ocrelizumab and ofatumumab.

“The phase 3 ULTIMATE 1 and 2 trials met the primary endpoint but didn’t have a significant effect on disability, but that doesn’t bother me because these are relapsing, not progressive patients who are being followed for a relatively short time of 2 years, and you simply may not see progression in that population in that timeframe,” said Coyle, who was not involved with the research.

She noted that ublituximab’s “major difference” from other treatments is its 1-hour infusion once every 6 months, which is shorter than ocrelizumab’s 2-hour infusion and ofatumumab’s monthly subcutaneous injections.

“So ocrelizumab and ublituximab generally mimic each other in efficacy, but the key differences appear mainly to be in the dosing schedule,” Coyle concluded.