Novel Tool Empowers Patients to Resolve Vertigo on Their Own 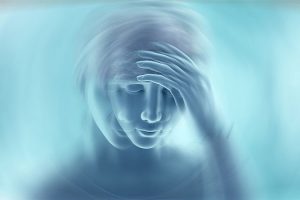 A web-based system can help patients with benign paroxysmal positional vertigo (BPPV) diagnose and treat a recurrent bout of dizziness on their own, results of a randomized controlled trial show.

“BPPV appears to be a vestibular disorder that is highly appropriate for telemedicine and digital therapeutics,” write investigators, led by Hyo-Jung Kim, PhD, and Ji-Soo Kim, MD, PhD, from the Department of Neurology, Seoul National University in Korea.

“Thus, the system adopted in this study may be used for primary care physicians, particularly when making a tentative diagnosis over the telephone or during an office visit when a provocative maneuver is equivocal or cannot be done,” they write.

The study was published online January 17 in JAMA Neurology.

BPPV is the most common type of vertigo and it often recurs. BPPV occurs when tiny canalith particles (otoconia) in one part of the inner ear break loose and fall into the semicircular canals in another part, leading to a false sense of rotation.

The canalith repositioning maneuver (CRM) is relatively easy for patients to do and results in immediate resolution of BPPV in about 80% of patients after a single application, and the success rate jumps to 92% with repetition. But accurately identifying the affected canal is key since the CRM is canal specific.

In earlier work, the investigators found that six simple questions could diagnose the involved canal and type of BPPV with an accuracy of 71%.

In the current trial, they tested the efficacy of web-guided self-administration of CRM according to the questionnaire-driven diagnosis when BPPV recurs.

They enrolled 585 patients with prior diagnosed BPPV successfully treated by CRM, with half randomized to the treatment group and half to the control group.

The treatment group (mean age 60, 64% women) completed the online questionnaire for diagnosis and received a video clip on how to self-administer CRM according to the type of BPPV diagnosed when they experienced positional vertigo again.

The control group (mean age 61, 71% women) received a video clip for self-administration of CRM according to the type of BPPV that had been diagnosed on enrollment.

Altogether, 128 (22%) individuals had a recurrence of BPPV (58 in the treatment group and 70 in the control group), with an average of 180 days between episodes.

Commenting on the findings for Medscape Medical News, Shaheen Lakhan, MD, a neurologist and researcher from Boston, Massachusetts, said this study is a “shining example of empowering people with guided self-diagnosis of a ubiquitous neurological disorder — BPPV.”

“It then goes a major step further and demonstrates that web-based therapy without a single human on the other end can solve a brain disease,” said Lakhan.

“We need to see more of these clinical studies for conditions like migraine, chronic pain, and unsteadiness, then these will become mainstream diagnostics and interventions,” Lakhan added.

This study was supported by the Korea Healthcare Technology R&D Project, Ministry of Health and Welfare, Republic of Korea. A patent issued to DZMED Inc and a patent for device, method, and computer program for self-diagnosis and treatment of BPPV is pending. Kim has received royalties from DZMED Inc and holds shares in the company. Lakhan has no relevant disclosures.