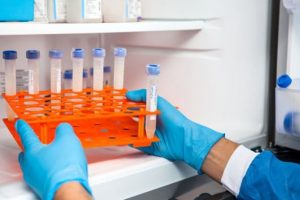 Almost 9,000 cycles in which eggs or embryos were frozen were completed in 2018, up from 1,500 five years earlier, according to the Human Fertilisation and Embryology Authority (HFEA). There was a 93 percent rise in transfer cycles using frozen embryos and an 11 percent fall in the number using fresh embryos. Possible reasons include improvements in freezing technology, rising success rates in the use of frozen embryos and more parents wanting to preserve their fertility.

Storage of embryos saw the biggest leap in popularity, rising seven-fold. Storage of eggs increased by 240 per cent.

Around 54,000 patients had IVF treatment in 2018, with 23 percent of embryos transferred resulting in a birth.

Sally Cheshire, HFEA chair, said: “We are pleased to see that birth rates have increased over the years.

“Whilst this leaves many couples without their longed for family after treatment, these small year-on-year increases are important for the sector to build on.

“Ever more patients are deciding to freeze their eggs and embryos and although still a relatively small part of fertility treatment overall, freezing techniques are now much more common with improved freezing technology and better success rates using frozen embryos.”

Younger patients had higher IVF success rates – the birth rate was 31 percent per transfer for parents under 35, compared with five per cent for those aged 43 and above.

The figures also showed that the risk of dangerous multiple births has reached a record low.

Only eight percent of IVF births resulted in a multiple birth, below the target of 10 percent. 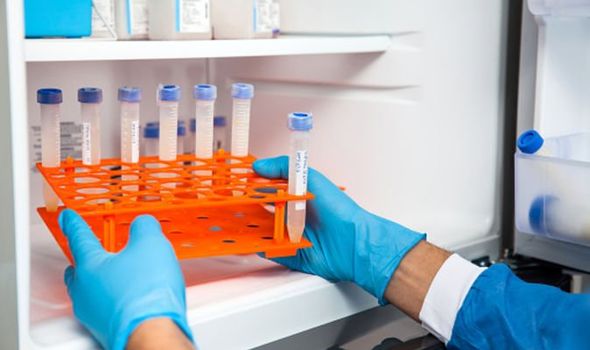 The number of NHS-funded treatments also varied across the UK with 60 percent of cycles funded by the NHS in Scotland falling to less than 30 percent in some parts of England.

Professor Adam Balen, spokesman on reproductive medicine for the Royal College of Obstetricians and Gynaecologists, said: “The latest statistics from the HFEA show a continued increase in the chance of having a baby with IVF and confirm once more that multiple pregnancy rates can be kept low without any reduction in the chance of a pregnancy by the transfer of a single embryo.

“What is hugely disappointing is the continued fall in NHS-funded cycles.

“IVF is cost effective and has shown to be an economic benefit to society.”

Raj Mathur, chair-elect of the British Fertility Society, said: “More and more patients with fertility problems are having treatment in the UK, with a higher chance of success than previously, and more safely.

“There is also a significant increase in women who are freezing eggs for future use.

“This may relate to improved techniques for egg preservation, as well as a better recognition that women facing cancer treatment or other therapy that can harm their fertility should be offered this option.”

END_OF_DOCUMENT_TOKEN_TO_BE_REPLACED

END_OF_DOCUMENT_TOKEN_TO_BE_REPLACED
We and our partners use cookies on this site to improve our service, perform analytics, personalize advertising, measure advertising performance, and remember website preferences.Ok