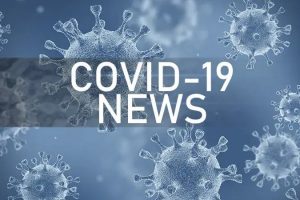 With COVID-19 cases rising once again, New York City is keeping a mask mandate for children under 5 in place and will appeal a judge’s ruling that struck it down, Mayor Eric Adams announced Friday.

City health officials are recommending that everyone cover their faces in indoor public settings and will continue to require masks for children aged 2 to 4 in schools and daycare centers, Adams said.

Adams had said previously that the mask mandate for young children would be lifted on April 4 if coronavirus numbers remained low.

New York City is now averaging just under 1,300 new cases of COVID-19 per day, more than twice the number on the average day in early March. Hospitalizations from the virus, though, have not been climbing, and health officials have increasingly been looking at that metric to determine what level of public precautions are needed.

But Dr. Ashwin Vasan, the newly appointed New York City health commissioner, said the higher case counts due to the omicron subvariant BA.2 mean the mask rule for children under 5 will remain in place for now. “Cases are definitively rising and it’s gotten our attention,” said Vasan, who joined Adams at a COVID-19 briefing.

Adams, a Democrat, said the city would appeal a ruling on Friday from a Staten Island judge voiding the mask mandate for young children. Judge Ralph Porzio called the mandate “arbitrary, capricious, and unreasonable.”