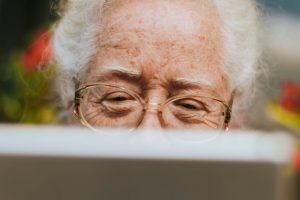 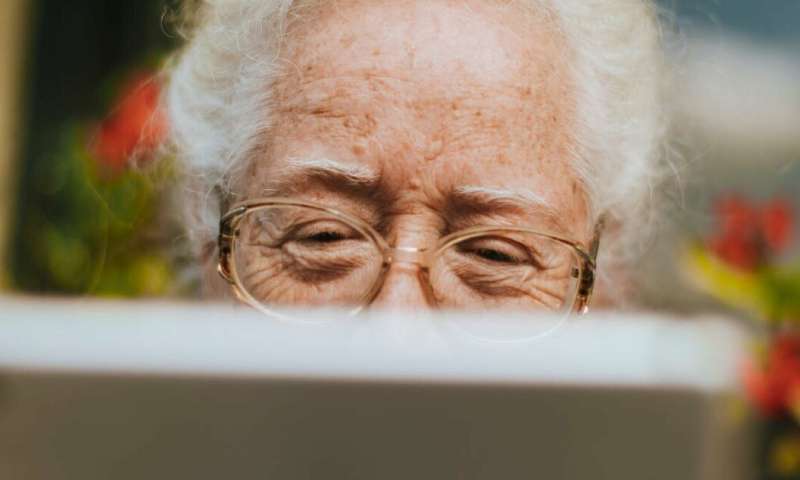 Older adults are more digitally connected than ever, even though their uptake of internet-based technologies remains lower than for younger age groups.

Today’s senior citizens are likely to spend their spare time tweeting about their social lives and Facetiming their grand kids. This is good news because research shows that social interactions benefit us.

The drive to join the digital community is no doubt influenced by social media becoming an important platform for news and information, sharing experiences and connecting with friends and family. Nevertheless, age-related gaps in digital engagement (“the digital divide”) still exist.

As our research shows, people who live in aged care environments are at risk of being excluded from the digital world.

Moving into aged care can affect a person’s ability to remain connected to their local community. The facility might be some distance away from the neighbourhood in which they have lived. They may be unable to travel to maintain relationships.

Low levels of social connectedness and participation are related to poor health and higher mortality risks, as well as a significant reduction in quality of life. Family can provide an important source of social contact and support but geographic distance can again make frequent visits difficult.

Digital engagement in later life might not always be desired or possible. But access to online resources can enhance older adults’ well-being through improved access to information and more frequent social interactions.

An early study reported psychosocial benefits from providing computer training in internet use for aged care residents. These include improvements in life satisfaction and lower levels of depression and loneliness. In another study, a once weekly video conference with a family member had a positive impact on loneliness and perceived social support.

But there is little information on informal and unstructured use of the internet by residents because the use of digital technologies in aged care remains largely invisible. Residents are omitted from many surveys and reports.

In a recent Swiss study, where all residents in a facility were offered wi-fi access, 14% used the internet. This percentage is similar in that age group living in the community.

We conducted telephone interviews with over 70 members of the public who had a family member or friend living in residential aged care. We spoke to family and friends rather than seniors because we wanted to hear about residents who had physical and mental challenges, as well as healthy seniors who tend to volunteer for research. To reduce the risk of bias, we did not mention in our study advertising that we wished to talk to people about technology use.

Our research highlighted the enthusiasm with which many older people have adopted digital technologies. Nearly half of the 80 residents spoken about owned a computer or a smartphone. The average age of residents was 86 years, and the oldest was 102. Sometimes the family had purchased a device for the resident, specifically to make communication easier.

Mobile phone calls, texts and emails were the most common methods of communication using these devices. Technology not only enabled residents to interact with family and friends they seldom saw (for example, those overseas) but also resulted in increased interactions with people who visited more often. While dementia and other serious health issues reduced the likelihood of uptake, the frequency of personal visits was not affected by technology use.

Importantly, family members were essential to residents’ digital connectedness. They often bought the device, set up software and troubleshooted any technical problems. They were also involved in the day-to-day use of technology. For example, some residents used video conferencing, but needed assistance to initiate the call.

Interviewees endorsed the use of digital devices if they were used to supplement social contact, rather than supplanting it. The majority reported that they were not aware of computers being available for residents in common areas of the facility they visited.

Aged care operators do not generally provide wi-fi access to residents. They have to arrange this with their own internet provider. These deficits are of concern because residents don’t always have family or friends to help them become digitally connected.

Devices were also often criticised for their small keys and buttons which are difficult to manage for arthritic hands and by people with vision impairments. Older users, it seems, must try to adapt their abilities to devices that have been designed for younger people.